Pollution and stress at home combine to spur more hyperactivity 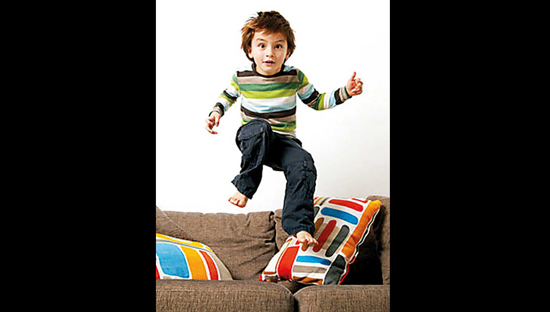 New study reports a significant increase in ADHD rates among children exposed to certain air pollutants before birth and who suffer hardship at home as children.
Breathing dirty air and living in stress combine to increase the likelihood NYC kids will have a behavior disorder.

That’s the message from a study that found black and Dominican children who suffer from high prenatal air pollution exposure and a lack of food, clothing and shelter have significantly higher rates of ADHD.
The study, published in the journal Environmental Research, is the first to suggest that polycyclic aromatic hydrocarbons (PAHs) – common contaminants in city air from burning fuels such as diesel, coal, gas, oil – combined with a hard home life may bring about behavioral problems.

“A lot of people in the most polluted communities already talk about this, how pollution stresses pile on top of life stress”, said Molly Rauch, public health policy director at Moms Clean Air Force, a national nonprofit organization focused on air pollution, climate change and kids’ health.
However, “showing that interaction is really important to get a better handle on how low income communities are impacted,” said Rauch, who was not involved in the study.

Not a “single trigger”

ADHD is increasingly common: about 11 percent of U.S. children between 4 and 17 years old have been diagnosed with the disorder. The number of children diagnosed jumped about 43 percent over the past 15 years.
The disorder has a range of symptoms including impulsiveness, inattention and hyperactivity.

It’s not entirely clear why some children get ADHD. Some potential culprits include mothers’ smoking or drinking alcohol, problems during pregnancy, stress and genetics.
There isn’t a “single trigger”, said the lead author of the recent study, Frederica Perera, director of the Columbia Center for Children’s Environmental Health. But some environmental contaminants, such as PAHs or lead, may play an important role, she added.

Following 351 kids from New York City since their mothers’ pregnancy, she and colleagues previously reported that children exposed to PAHs while still in the womb were more likely to get ADHD. Knowing that social suffering can also spur behavioral problems, in the new study, using the same children, they examined the combined effect of the pollution and mothers’ struggles to have enough food, provide a warm home and clothing.

Children with higher exposure to PAHs and whose mothers experienced “persistent hardships” during both pregnancy and the early childhood years were most likely to have ADHD symptoms.
Perera said the mothers enrolled in the study were all nonsmokers, non-drug users, and healthy at the time of enrollment, which means the findings can’t be generalized for the entire population.
However, a “healthy population could also lead to an underestimation of the risk”, she said.

PAHs are in the fine particles and gases from burning fuels and are easily inhaled by people.
Perera and colleagues tested PAHs directly from the mothers’ blood at delivery. This gives a much more accurate picture of fetal exposure, she said, as PAHs are known to cross the placenta and, some studies suggest, the blood brain barrier.

Fetuses and growing children, are particularly vulnerable to toxics such as PAHs since their bodies and brains are still developing. The compounds can cause DNA damage and inflammation, which hurts the brain.
Suffering from a lack of basic needs can cause stress on children, too, which also promotes inflammation and can alter development.
This combination of chemical and social stress may “amplify” each other and spur the behavioral problems, Perera said. A 2015 study found a similar link – showing that PAH exposure and hardships at home were linked to a lower IQ for kids at age 7.

Rauch said Perera’s research highlights why it’s important for parents to recognize that air pollution “goes beyond asthma impacts”.
“People in the most polluted communities often understand it’s a total body experience, and that air pollution can affect every organ system of the body including the brain”, she said. “But many people, especially those lucky enough to have clean air, are often surprised to hear it.”

The study can’t prove the pollution and stress at home is causing behavior disorders and was limited in that it was a small sample of children and the researchers don’t have information on the children’s fathers.
But the study is just the latest evidence that there is “growing recognition” of the combined effects of pollution and social stress, the authors wrote.
“The goal of this work is prevention”, Perera said. “To protect mothers and children we need to combine stronger policies and initiatives to reduce exposure to pollution in urban areas and also intervene on economic hardship during pregnancy.”