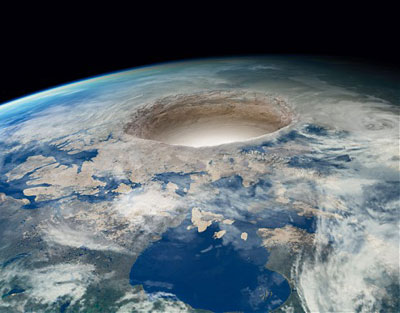 Is it possible that there is a completely unknown civilization living beneath the surface of our planet? Many people believe that the Hollow Earth theory is more than just a myth, and some have even tried to prove it scientifically. In the XXI century, it’s difficult to say with certainty that it does or does not exist.

For many years it was believed that the earth was hollow, but even though many have come up with theories, until 1968 there was no proof.

That year, pictures taken by a satellite orbiting Earth clearly showed a gaping hole located at the North Pole which is enough evidence to support the hollow Earth theory according to many.

Is there a hole in the North Pole?

In the early 1970’s, ESSA, a project belonging to the Department of Commerce of the United States, gave media access to images of the North Pole taken by the ESSA-7 satellite on November 23, 1968. One of the photographs showed the North Pole covered by the usual cloud, the other one showed the same area without clouds, revealing a huge hole where the pole was supposed to be located.

Vice Admiral Richard E. Byrd of the US Navy was a distinguished pioneer aviator and polar explorer who flew over the North Pole on May 9, 1926 and led numerous expeditions to Antarctica, including a flight over the South Pole on 29 November 1929.

Between 1946 and 1947, he and his team carried out a large-scale operation called “High Jump”, during which he discovered and mapped 1,390,000 km² of the Antarctic territory.

The famous Byrd expeditions first entered in dispute of the hollow Earth theories when several articles and books like Worlds beyond the Poles by Amadeo Giannini claimed that Byrd had not flown over the Pole but inwardly through large holes leading into the Earth.

The possibility that the earth is hollow, and that it can be accessed through the North and South poles, and that secret civilizations flourish within it, has spurred the imagination of people through centuries.

Evidence of this can be found in the history of countless ancient civilizations. The Babylonian hero Gilgamesh visited his ancestor Utnapishtim in the bowels of the earth.

In Greek mythology, Orpheus tries to rescue Eurydice from the underground hell; it was said that the Pharaohs of Egypt communicated with the underworld, which could be accessed via secret tunnels hidden in the pyramids. 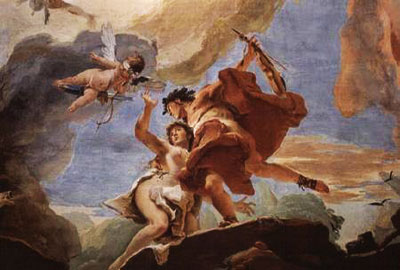 Buddhists believed (and still believe) that millions of people live in Agharta, an underground paradise ruled by the king of the world.

A map of the third Reich shows several secret passages depicted which were used by German U-Boats to access mysterious underground regions, as well as a complete map of both hemispheres and the mysterious kingdom of Agartha.

Karl Unger a crew member aboard a U-Boat commanded by Heinrich Brodda wrote letters stating that the crew had reached the interior of the Earth and that they did not consider coming back.

In the incredible maps of the Third Reich, the Antarctic continent can be observed without its thick layer of ice. But the most intriguing detail are the presence of underwater passages spanning across the entire continent and seem to converge at the exact location which is identified as the opening towards the Hollow Earth or Inner Earth.

The Macuxi Indians knew about the existence of the Hollow Earth nearly one hundred years ago. The Macuxi Indians are indigenous people who live in the Amazon, in countries such as Brazil, Guyana and Venezuela. According to their legends, they are the descendants of the Sun’s children, the creator of Fire and disease and the protectors of the “inner Earth.”

Their legends speak of an entrance into Earth. Until the year 1907, the Macuxies would enter some sort of cavern, and travel from 13 to 15 days until they reached the interior. It is there, “at the other side of the world, in the inner Earth” where the giants live, creatures that have around 3-4 meters in height.

Also, it seems that there is a huge Ocean beneath the surface of our planet. Scientists have discovered a large ocean of water inside the mantle of Earth, and they point out that it is a large water “tank” that could fill the oceans on Earth three times. 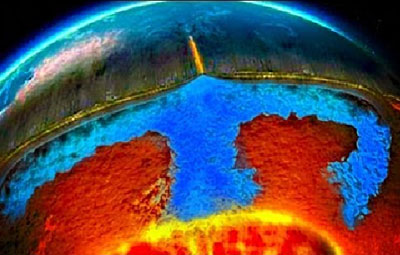 This incredible discovery suggested that the surface water of the planet came from within Earth, as part of a “complete water cycle on the planet” instead of the dominant theory proposed that water arrived to Earth by icy comets that passed by the planet millions of years ago.

According to John Cleves Symmes Jr an American officer, trader and lecturer who lived in the XVIII century, “The Earth is hollow, and habitable within; containing a number of solid concentric spheres, one within the other, and that it is open at the poles 12 or 16 degrees. I pledged my life in support of this truth, and I am ready to explore the hollow, if the world will support and aid me in the undertaking.ˮ

How to Defeat the Globalist System