At the beginning of last summer, court deposition videos showed senior CIA officials calmly explaining how and why they authorized brutal torture methods.

The possibility of justice inched closer for victims of the Central Intelligence Agency’s torture techniques as the American Civil Liberties Union released videos of two senior officials discussing their involvement. 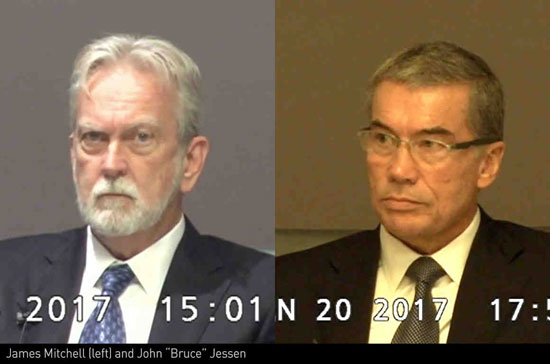 The ACLU originally filed a lawsuit against James Mitchell and John Bruce Jessen in October 2015, accusing them of operating a “joint criminal enterprise” via their creation and promotion of violent torture methods. Both men are former U.S. military psychologists who are seen as the “architects” of the CIA’s torture program. They served in the U.S. military’s Survival, Evasion, Resistance, and Escape program (SERE), teaching U.S. troops how to resist and survive torture in the event of capture by foreign nations.

SERE was supposed to help troops understand torture techniques while Jessen and Mitchell supervised their mental state. After 9/11, the psychologists were tasked with designing and developing the CIA’s detention, rendition, and interrogation operations. Using their knowledge of how to resist torture, the two reverse-engineered the SERE program to create a new program that would break detainees’ mental state in the hopes of creating loose-lipped zombies.
By the (alleged) end of the program, Mitchell, Jessen & Associates were paid more than $80 million in taxpayer money.

The ACLU filed the suit in defense of three men who endured the torture methods created by Jessen and Mitchell. Two of the men, Suleiman Abdullah Salim and Mohamed Ben Soud, actually survived the torture. Gul Rahman was not so lucky. He died from hypothermia as a result of his torture.

None of the men were ever charged for a crime despite being kidnapped and forced to endure sleep deprivation, water torture, ear splitting music, stressful positions, and beatings. The ACLU was fighting the case as a violation of the Alien Tort Statute, a law which allows lawsuits from victims of human rights violations at the hands of government. The defendants are asking the court to find that the psychologists were liable for aiding and abetting the illegal program.

The administration was attempting to use the state secrets privilege, claiming that revealing this information would damage national security. The Trump administration is seeking to block the testimony of Gina Haspel and a still unidentified official described as “John/Jane Doe.” Haspel, who was chosen by Trump as the CIA’s deputy director, is accused of running one of the CIA’s secret detention sites in Thailand and having a direct role in the torture of the defendants.

According to an article by John Kiriakou, a former CIA counterterrorism officer, Haspel was responsible for allowing some of the most brutal torture methods despite a lack of new information provided by the detainees. Kiriakou also accused Haspel of directly overseeing the staff in Thailand, including Mitchell and Jessen. Kiriakou himself served 23 months in prison after pleading guilty to blowing the whistle about Bush administration waterboarding and torture of detainees. 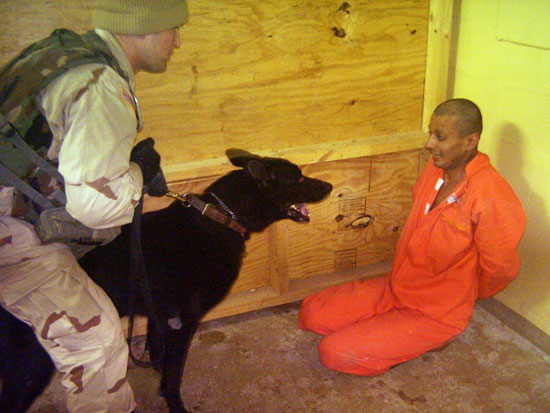 With such resistance to this case and previous lawsuits brought forth by victims of CIA torture it is clear the Deep State players do not want the public to know the depths of their depravity.

As the ACLU noted, “Salim v. Mitchell, however, marks the first time the program’s victims have been able to litigate their claims.” The case hinged on the role of Mitchell and Jessen. Although the two men have not been forced to testify, two CIA officials gave a deposition that offered a first hand look at the callous disregard for human life that was exhibited by the people making these decisions.

Lawyers with the ACLU and Gibbons law firm questioned Jose Rodriguez, former director of the CIA’s Counterterrorism Center, and John Rizzo, acting general counsel at the agency for most of the program. Rodriguez has been a vocal defender of the CIA torture program. One of the most contentious elements of the program is the fact that Mitchell and Jessen had no experience with this kind of work. In fact, the techniques promoted by the psychologists had only ever been tested with dummies.

According to a 2014 Senate report on CIA torture “neither psychologist had experience as an interrogator, nor did either have specialized knowledge of Al-Qaeda, a background in terrorism, or any relevant regional, cultural, or linguistic expertise.”

When questioned about whether or not he hired Jessen, Rodriguez simply states, “yes.” When asked why he would hire two inexperienced people for the job, Rodriguez replies, “I just took it for granted that they knew what they were doing.” When pressed further on what he did to verify the claims made by the two psychologists, the former director said, “Nothing.”

Part of the reason the public is still in the dark about torture is because of the actions of Jose Rodriguez. In 2005 he ordered the destruction of more than 90 videotapes that showed detainees undergoing waterboarding and other torture methods. When questioned about why he ordered the videos destroyed, Rodriguez offers nothing but a sad excuse. “It would make the CIA look bad, and almost, in my view, destroy the clandestine service because of it.” No regard to morality or even law, but rather, acting from what will or will not make the State and its spy agencies look good.

When asked what he meant by “learned helplessness,” Rizzos coldly responds, “I don’t know. Frankly, my interest was in getting results. Not in a psychological state.”

John Rizzo had a hand in George W. Bush’s still-secret authorization of international detention centers ran by the CIA. During his questioning he was asked about a process known as “Declination of Prosecution,” which essentially means the authorities can do whatever they please without fear of reprisal.

“DOP is a request that even if a criminal law is violated the DOJ not prosecute?” the ACLU asked. “Yes, that was my understanding.ˮ replied Rizzo.

The trial was originally set to begin on June 26, 2017. However, due to the Trump administration’s attempts to stop officials from testifying, the date was set for September 5, 2017.

Nevertheless, in August a settlement was reached in this case. Although there was no public trial, the case, over its nearly two-year course, expanded public knowledge about the C.I.A.’s torture program.

James Mitchell. Bruce Jessen. Jose Rodriquez. John Rizzo. The names are likely unknown to the vast majority of Americans. The corporate deadstream media has the public focused on the latest political theatrics and completely ignores issues that have the potential to unite the people.

Not only does the U.S. government continue to support torture, but they refuse to acknowledge their victims, let alone apologize and pay financial compensation for those who were wrongly kidnapped, tortured, and caged.

It’s going to take activists from across the spectrum letting go of their minute differences to focus on the larger goal of destroying State and corporate power.