Recently Discovered Crop Circle Has A Message for Humanity (July 2018)

Facts: New crop circles were recently discovered in the UK in July 2018. One of them was the exact depiction of the chemical weapons warning symbol.

Reflect on: Does this serve as a message for us to put down the chemical and nuclear weapons for good? Do we need to be using these weapons? This may also cause us to consider the poisoning of our planet in other ways. 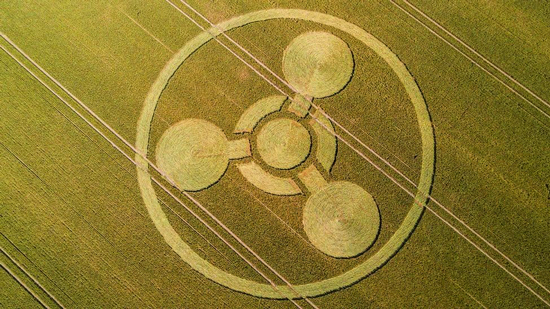 A new crop circle was discovered on July 8th in Coneybury Hill, near Stonehenge, Wiltshire. This circle is the exact same as the chemical weapons warning symbol.
Interestingly this crop circle was found shortly after the death of Dawn Sturgess who had come into contact with a deadly nerve agent.

While we can’t know for sure, this crop circle certainly appears to be a message to humanity about the dangers of chemical weapons and the catastrophic damage they can cause, regardless of who you believe made it. Perhaps this circle symbolizes the fact that these weapons have no place in our world, and it’s time we got rid of them, for good.

It is not all that surprising to see this message show up in a crop circle, as in the past we have seen deliberate ET intervention when nuclear weapons would have otherwise been used.

One of many previously classified reports – out of the thousands in existence – that is now available in the public domain is the intrusion at Minot Air Force Base in North Dakota, on August 24, 1966. Air Force personnel were concerned about a light in the sky. A team went to check it out and confirmed the object, then saw a second white object while doing so. The object was tracked on radar and moved vertical several times; each time it descended, an air force officer in charge of a missile crew found his radio transmission interrupted by static. The object eventually descended to ground level, and the Air Force sent a team to check it out. They saw the object either on the ground or hovering very low. According to the official report: “When the team was about ten miles from the landing site, static disrupted radio contact with them. Five to eight minutes later, the glow diminished, and the UFO took off. Another UFO was visually sighted and confirmed by radar. The one that was first sighted passed beneath the second. Radar also confirmed this. The first made for altitude toward the north, and the second seemed to disappear with the glow of red.”

Why Are They Stopping Nukes?

It seems that these extraterrestrials know just how damaging nuclear weapons can be to our planet, and possibly to our entire solar system. There is information that says that UFOs have been deactivating nuclear weapons since we created them and started to show up a lot more often when we were testing the atomic bomb. Thankfully, someone or something has our back and is helping to stop us, humanity, from making a huge mistake.

Another interesting crop circle was noted in Muncombe Hill, near Kingweston, Somerset on July 14, 2018. 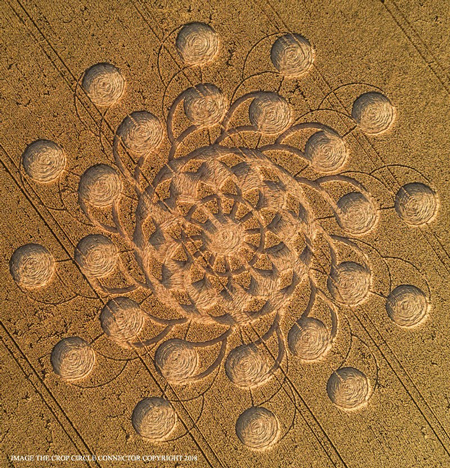 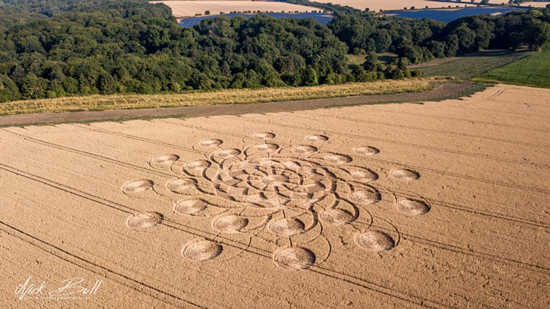 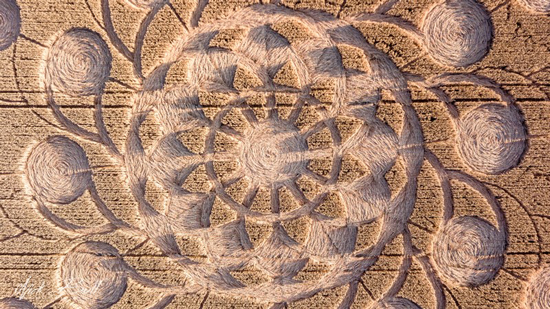 A viewer commented: “This breath-taking crop circle is beyond beautiful. Feels to me like the unravelling or blossoming of 12-strand DNA. If I’m not mistaken, this formation is massive, more than 400 feet across.” 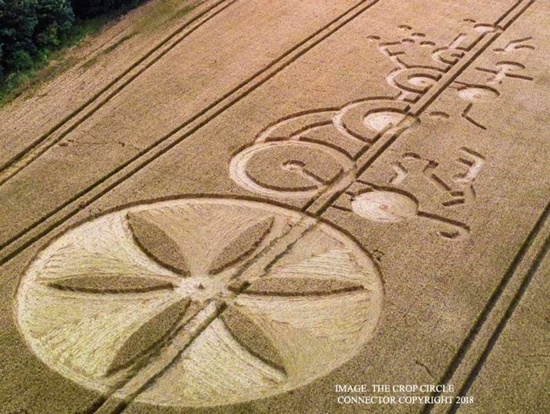 The Story of Q – Who is this Anonymous Online Poster?