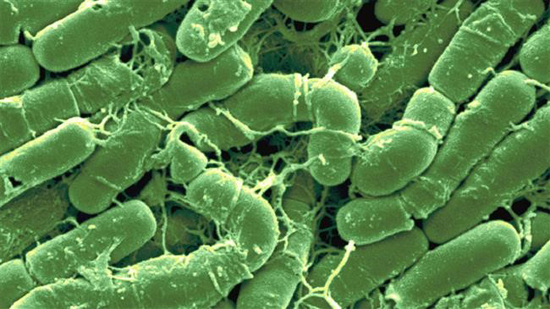 A recent report has claimed that the US Army frequently makes lethal viruses, bacteria, and toxins in blatant violation of the United Nations convention on the Prohibition of Biological Weapons for the purpose of biological warfare.

According to a detailed report recently published by Bulgarian investigative journalist Dilyana Gaytandzhieva, bio warfare scientists, under diplomatic cover, purportedly test man-made viruses at Pentagon bio labs in at least 25 countries across the globe.
It alleges that these laboratories are financed by the Defense Threat Reduction Agency (DTRA) under a $2.1-billion military program, called Cooperative Biological Engagement Program (CBEP).

Gaytandzhieva alleged US bio labs are situated in former Soviet Union countries such as Georgia and Ukraine, across the Middle East, and throughout Southeast Asia and Africa, citing purported documents, incidents, and examples.
The claims made in the report cannot be independently verified.

Below are a few examples of the Bulgarian journalist’s claims of purported bioweapons made by the US military:

The file photo purportedly shows the Lugar Center, in the Republic of Georgia.

Production of bioweapons in Georgia

Dilyana Gaytandzhieva said in Georgia, in a location some 17 kilometers away from the US Vaziani military airbase in the capital Tbilisi, there is a certain research facility named the Lugar Center, where biologists from the US Army Medical Research Unit-Georgia (USAMRU-G) along with private contractors are testing bioweapons.

“Information obtained from the US federal contracts registry clarifies some of the military activities at The Lugar Center – among them research on bio-agents (anthrax, tularemia) and viral diseases (e.g. Crimean-Congo Hemorrhagic Fever), and the collection of biological samples for future experiments.” 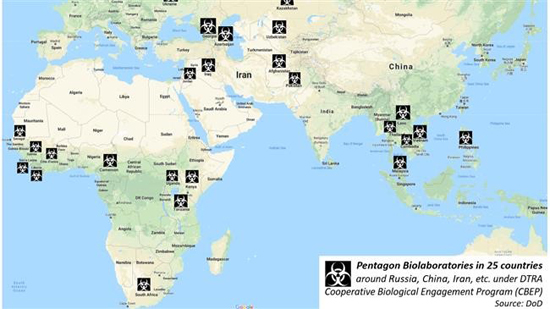 Gaytandzhieva further alleged that the US had stolen considerable quantities of deadly bacteria from a purported bio weapons factory operated under Iraq’s former dictator Saddam Hussein, after Washington invaded Iraq in 2003.

“Bacillus thuringiensis is an insect pathogen that is widely used as a bio-pesticide. B. thuringiensis (BT) Al Hakam was collected in Iraq by the UN Special Commission led by the US in 2003. It is named after Al Hakam – Iraq’s bio-weapons production facility. Apart from Pentagon field tests, this bacterium is also used in the US for the production of GM corn, resistant to pests.

Photos posted by the CIA prove that the bacteria were collected by the US in Iraq. According to the CIA, the vials containing bio-pesticide were recovered from an Al Hakam scientist’s home.

CIA: ‘A total of 97 vials-including those with labels consistent with the al Hakam cover stories of single-cell protein and bio-pesticides, as well as strains that could be used to produce biological weapons agents were recovered from a scientist’s residence in Iraq in 2003’.”

According to the lengthy report, the Pentagon has purportedly performed entomological tests, using biting insects such as flies and mosquitoes, in Georgia and Russia.
It said the Lugar Center was equipped with an insect facility in 2014 and began collecting Phlebotomine sand fly species, among others, under a number of projects, including Raising Awareness about Barcoding of Sand Flies in Georgia and Caucasus, and Surveillance Work on Acute Febrile Illness.

“As a result Tbilisi has been infested with biting flies since 2015. Since the start of the Pentagon project in 2014, flies similar to those in Georgia have appeared in neighboring Dagestan (Russia). According to local people, they bite and cause rashes. Their breeding habitats are house drains.”

An Aedes Aegypti mosquito is photographed on human skin in a lab of the International Training and Medical Research Training Center (CIDEIM), in Cali, Colombia, on January 25, 2016.

Gaytandzhieva further said that the US Army had a long history of producing killer insects by using them as vectors for deadly diseases.
“A US Army report in 1981 compared two scenarios – 16 simultaneous attacks on a city by A. Aegypti mosquitoes, infected with Yellow Fever, and Tularemia aerosol attack, and assesses their effectiveness in cost and casualties.”

She also mentioned other such projects researched or carried out by the US military during the recent decades, including Operation Big Itch, Operation Big Buzz, Operation May Day, Operation Bellweather, and other Military Experiments with Tropical Mosquitoes and Ticks in Georgia.

In Operation Big Buzz, as for an example, “1 million A. Aegypti mosquitoes were produced, 1/3 were placed in munitions and dropped from aircraft, or dispersed on the ground. The mosquitoes survived the airdrop and actively sought out human blood.”