“If there was such a thing as a global awakening visible we would have seen a massive and exponentially growing number of global disobedience, especially by parents who protect their children as a result of their knowledge, and actions accordingly.” – Willem Felderhof 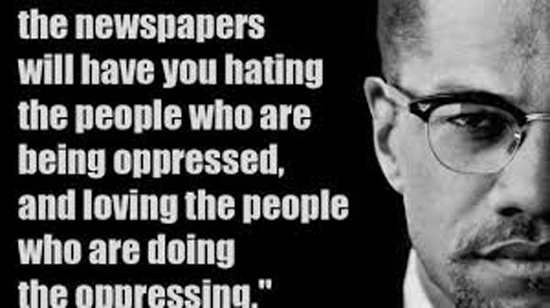 Denial is a very powerful state of mind, for it can cloud all of one’s senses, emotions and judgment. Having been writing for the past 11 years or so and having been published on various websites over the years, the one thing that I have witnessed, yet refused to acknowledge, is how the ‘Awakened’ seem to come and go. One day they appear (as I did) and then another day they are gone – like a dream.

I have noticed that the ‘awakened’ seem to have separated themselves into differing factions over the years: Truthers, Liberals, Libertarians, New Age, Collectivists, Individualists, Anarchists and many more with the only common denominators being that “No One Comes Together” and no one TRUSTS each other. For there is always that great fear of ‘psyops’ and ‘cointelpro agents’ which no doubt has had a hand in things, perhaps for those very reasons, for a divided populous is always controllable.

The rhetoric has been escalating over the years as all these groups have a lot to say about the current state of human affairs and about one another, which simply helps to solidify the divisions needed for humanity to remain slaves.

Just look around, it is easy to spot all the P.O.B.s (points of blame): immigrants, religions, snowflakes, liberals, alt-right, the last ‘elected’ (selected) leader, the current leader, the rich, the poor (entitled), government and again, many more, seems to have all contributed to the mentality that one group of humans is taking from ME so trust no one. This rhetoric has increased and the levels of demonstrable hatred has become very noticeable within the ‘hearts’ of the populace (if they truly have one left).

There are many who offer ‘solutions’ and information for those which are willing to pay for it within these tumultuous times. When I went to South America, I was surprised (and not) to find that “healing plant medicinesˮ were such a booming business. Donate here, buy now, don’t wait until it’s too late, for your family needs that filter/seed pack/survival gear/information. Oh what profits can be generated by an impending apocalypse and a divided populace!

It used to be that ‘wisdom’ was freely passed along through the ages in order to ensure the advancement of society and a better life for future generations; that stopped many moons ago. Now we are left with the arrogance of ‘my idea’, which is claimed to be solely mine within the seven billion inhabitants of this planet, for only I am capable of having such an idea. So we patent and copyright and make sure that nothing can be freely attained which may add value to the whole of humanity.

I wanted to believe when others stated that “This is a great time to be alive” for the ‘change’ is almost upon us and a ‘convergence’ of ‘energies’ is nigh so I went looking for such. I thought that people would come together, form ad-hoc communities and at least try to create some differing paradigms. What I found was the same mentalities with the same controls based on the same fears and separation, with the only differences being the levels of said controls and fears.

There is but one thing that will save humanity at this point and it is so simple that people reject it immediately. All we need to do is get over ourselves (our programmed ego) and see that we are fools on so many levels; for those which think that I do not include myself in this equation, concentrate on you instead of others (I am still working on that).

So bravo to the great awakening, for it is everything the controllers could ever dream of and more. So much separation and suspicion formed around individual camps which shall never come together to challenge today’s normal. Scroll back up and re-read that quote from Mr. Felderhof, do you see any of that actually happening? What I see is the populace vehemently defending all the things which keeps humanity on its knees for there is always an excuse or justification for our individual and collective stupidities.

The problem isn’t with the controllers. It is within all of us and until we can see our own fallacies and limitations (programmed or real) there will never be any change.

Are bacteria the secret cause of cancer?