Retired Green Beret Warns: Deep State’s Utopia Of Oligarchs Is Enslavement And Complete Control Of All Of Mankind 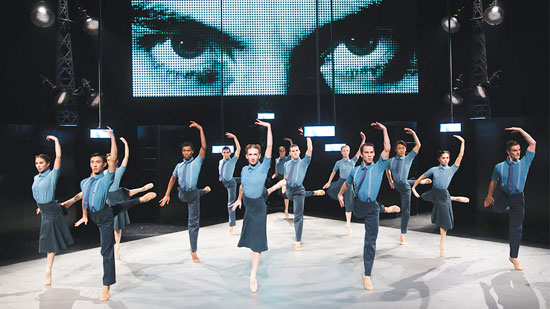 A long struggle was tied with the first year of the President’s administration in US. This was not merely to overcome the executive actions and orders of Obama. The true battle is still to remove the Marxists from bureaucratic fiefs established by Obama for carryover into the current administration and to deflect and negate their attacks and the attacks of others.

The circuit court in San Francisco and the Department of Justice have been waging a seesaw-type of battle over the executive order signed in 2017 by the President. The order’s intent is to stem the illegal aliens and foreigners entering the U.S. from Middle Eastern nations either openly hostile to or providing the highest probability (intentionally or indirectly) for terrorists to enter the country. This makes perfect sense, and because it does, one can easily see that only those hell-bent on weakening the U.S. and fostering infiltration would be against the order: those Marxists of the Left labeled as “Democrats” and calling themselves “Progressives.”

They are not alone: they are aided by the Left-Right, which is even worse. The Left-Right are those masquerading as Republican Conservatives, when they are Marxist-Leftists and proponents of Global Governance and the New World Order. They are the Paul Ryans, the Mitch McConnells, and the Newt Gingriches. They are the pseudo-Republican politico’s in office presently and in the past who have those CFR slots and are working toward their fantasy: The Utopia of Oligarchs.

Even if they do not overtly act on behalf of the Marxists, they have been guilty… numerous times… of enabling the Marxists through the complacency of inactivity.

They do not simply wish to derail the actions of President Trump it is a much larger concept than that. They see themselves as “partners” with the Left in the same game: to establish an elitist politico-oligarchic ruling class, broken down into divisions throughout the globe for ethno-cultural manipulation, yet with the same end-state.
That goal is the enslavement and complete control of all of mankind with the elitists ensconced as the ruling moneyed class. They see themselves as the educated, sensible minority with tender sensibilities and true humanistic views who must take a stand in the globalist crusade against the barbaric Neanderthals of the proletariat and populist serfs.

Trump has taken more action and more rapidly than even President Reagan did when he took office, and that is saying something. Even those globalists playing the part of conservatives are knuckling under in lock step, shivering internally. A President is in the White House that can turn these bedbugs out of the mattress and burn them. Trump quietly and without fanfare made it a point to be there for the SEAL who was killed in Yemen as his casket was brought back home.

That should speak volumes on the caliber of the man who is in the White House.
Everything that he does is attacked by the media and disparaged by the leftists. Even the removal of Dodd-Frank (let’s remember that was Christopher Dodd and Barney Frank who came up with that one) was sneered at.

The executive order to halt the illegals from potential hotbeds of Middle Eastern terrorism is still challenged by states packed with liberals and also by the business and industry oligarchs who would rather the U.S. be vulnerable if they can continue to hire “tax-free” day-laborers for less than minimum wage with impunity.

Senator John McCain wants to go to war with Russia and he wants to reshape eastern Europe. McCain and Lindsey Graham were instrumental in the Obama-ordered and sanctioned coup d’état that brought down Ukraine’s government and president and installed a U.S. puppet picked by Victoria Nuland. McCain hasn’t stopped. He’s just been “on hold” to see where he can take footing when the dust settles from the initial Trump shakeup.

The first 6 months to one year-period in office is for the Trump were very critical namely because of the midterm elections. If the public didn’t see results in 2017, they could very well change the complexion and composition of Congress this year and the Republicans could lose control of either one of or both houses of Congress. The President realizes this, and he is moving swiftly.

The 2018 midterm elections, featuring hundreds of congressional, state and local primaries, will culminate with the Nov. 6 general election to decide whether Democrats can gain control of Congress or if Republicans will keep their hold on the legislative branch.

The public will also see that Trump is doing good things, and that it is the Democrats who are attempting to obstruct his efforts. This is carrying the Republicans through in the midterm elections, and thus all legislative efforts by the President can be enacted. It’s a tough fight and at times it’s uphill, but he started out well, and right, and the Democrats won’t be able to hold him off.

How The Elite Dominate The World – 99.9% Of The Global Population Lives In A Country With A Central Bank

Seven Character Evolving Benefits From Breaking Out of Your Comfort Zone