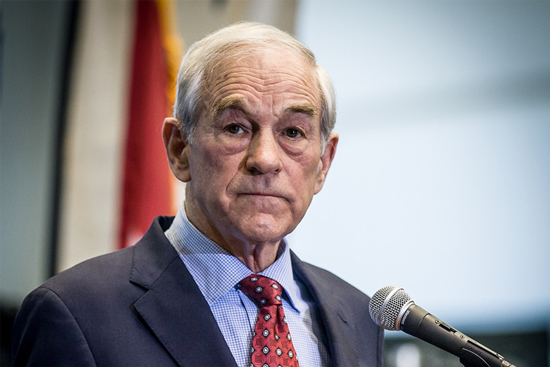 “This whole idea that all of a sudden Assad’s gassing his own people, I think, is total nonsense”, declared Ron Paul in a RT interview with host Ed Schultz. President Donald Trump has blamed Syria President Bashar al-Assad, along with Russia and Iran, for the alleged gas attack. However, Paul, a former United States House of Representatives member and presidential candidate, points out that “over and over again” the US has claimed the Syria or Russia government is guilty of this or that wrongdoing, from previous gas attacks in Syria to the poisoning of Sergei and Yulia Skripal in London, but “nothing panned out”. It is just, Paul argues, one “fake news” story after another.

So why the rush to condemn the Syria government and take military action against Syria even though the evidence does not show the Syria government is responsible for the most recent and prior alleged gas attacks? Paul, who founded the Ron Paul Institute for Peace and Prosperity in 2013 after leaving the US House, suggests that the motivation is connected to foreign policy goals in relation to Saudi Arabia and Iran, as well as the influence of neoconservatives, oil interests, and the military-industrial complex.

Paul further argues that, while it makes no sense for Assad or the Russia government to bring about a gas attack, people who want to provide a reason for the US military to be engaged in Syria, after Trump recently said the US military very soon would leave Syria, could benefit from such an attack.

How To Calm Your Mind Without Sitting to Meditate