Lt. General Ben Hodges, Commander of US Army Europe (USAREUR) describes Russian ECM (electronic counter-countermeasures) capabilities used in Ukraine as “eye-watering”, suggesting some US and NATO officers are more than slightly disturbed by what they see. Ronald Pontius, deputy to Army Cyber Command’s chief, Lt. Gen. Edward Cardon, told a conference in October (2017) that “You can’t but come to the conclusion that we’re not making progress at the pace the threat demands.”

In short, Pentagon planners have been caught flat-footed for all the trillions of wasted US taxpayer dollars in recent years thrown at the military industry.
During the critical days of the March 2014 Crimean citizens’ referendum vote to appeal for status within Russia, New York Times reporters then in Crimea reported the presence of Russian electronic jamming systems, known as R-330Zh Zhitel, manufactured by Protek in Voronezh, Russia. That state-of-the-art technology was believed to have been used to prevent the Ukrainian Army from invading Crimea before the referendum. Russian forces in Crimea, where Russia had a legal basing agreement with Kiev, reportedly were able to block all communication of Kiev military forces, preventing a Crimean bloodbath. Washington was stunned. 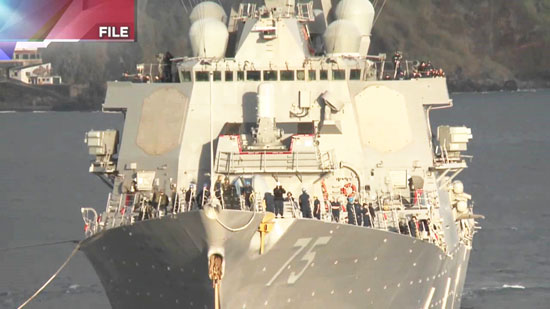 Thereafter, in April, 2014, one month after the accession of Crimea into the Russian Federation, President Obama ordered the USS Donald Cook into the Black Sea waters just off Crimea, the home port of Russia’s Black Sea Fleet, to “reassure” EU states of US resolve. Donald Cook was no ordinary guided missile destroyer. It had been refitted to be one of four ships as part of Washington’s Aegis Ballistic Missile Defense System aimed at Russia’s nuclear arsenal. USS Donald Cook boldly entered the Black Sea on April 8, heading to Russian territorial waters.

On April 12, just four days later, the US ship inexplicably left the area of the Crimean waters of the Black Sea for a port in NATO-member Romania. From there it left the Black Sea entirely. A report on April 30, 2014 in Russian newspaper Rossiyskaya Gazeta Online titled What Frightened the American Destroyer, stated that while the USS Donald Cook was near Crimean (Russian by that time) waters, a Russian Su-24 Frontal Aviation bomber conducted a flyby of the destroyer.

The Rossiyskaya Gazeta went on to write that the Russian Su-24 “did not have bombs or missiles onboard. One canister with the Khibin electronic warfare complex was suspended under the fuselage”. As it got close to the US destroyer, the Khibins turned off the USS Donald Cook’s “radar, combat control circuits, and data transmission system – in short, they turned off the entire Aegis just like we turn off a television by pressing the button on the control panel. After this, the Su-24 simulated a missile launch at the blind and deaf ship. Later, it happened once again, and again – a total of 12 times”.

While the US Army denied the incident as Russian propaganda, the fact is that USS Donald Cook never approached Russian Black Sea waters again. Nor did NATO ships that replaced it in the Black Sea. A report in 2015 by the US Army’s Foreign Military Studies Office assessed that Russia, “does indeed possess a growing EW capability, and the political and military leadership understand the importance… Their growing ability to blind or disrupt digital communications might help level the playing field when fighting against a superior conventional foe”. Now new Russian Khibini Electronic Counter Measure systems are being installed on the wingtips of Russia’s SUKHOI Su-34 fighter-bombers going after ISIS in Syria.

A second highly-advanced new Russian military technology that’s raising more than eyebrows in US Defense Secretary “Ash” Carter’s Pentagon is Russia’s new Bumblebee which Russia’s military classifies as a flamethrower. In reality it is a highly advanced thermobaric weapon which launches a warhead that uses a combination of an explosive charge and highly combustible fuel. When the rocket reaches the target, the fuel is dispersed in a cloud that is then detonated by the explosive charge. US Military experts recently asked by the US scientific and engineering magazine Popular Mechanics to evaluate the Bumblebee stated that, “the resulting explosion is devastating, radiating a shockwave and fireball up to six or seven meters in diameter”. The US experts noted that the Bumblebee is “especially useful against troops in bunkers, trenches, and even armored vehicles, as the dispersing gas can enter small spaces and allow the fireball to expand inside. Thermobarics are particularly devastating to buildings – a thermobaric round entering a structure can literally blow up the building from within with overpressure.”

We don’t go into yet another new highly secret Russian military technology recently subject of a Russian TV report beyond a brief mention, as little is known. It is indicative of what is being developed as Russia prepares for the unthinkable from Washington. The “Ocean Multipurpose System: Status-6” is a new Russian nuclear submarine weapons system designed to bypass NATO radars and any existing missile defense systems, while causing heavy damage to “important economic facilities” along the enemy’s coastal regions.

Reportedly the Status-6 will cause what the Russian military terms “assured unacceptable damage” to an adversary force. They state that its detonation “in the area of the enemy coast” (say, New York or Boston or Washington?) would result in “extensive zones of radioactive contamination” that would ensure that the region would not be used for “military, economic, business or other activity for a long time”. Status-6 reportedly is a massive torpedo, designated as a “self-propelled underwater vehicle”. It has a range of up to 10 thousand kilometers and can operate at a depth of up to 1,000 meters. At a November 10 (2017) meeting with the Russian military chiefs, Vladimir Putin stated that Russia would counter NATO’s US-led missile shield program through “new strike systems capable of penetrating any missile defenses”. Presumably he was referring to Status-6.

US Defense Secretary Carter declared on November 8 (2017) in a speech that Russia and China are challenging “American pre-eminence” and Washington’s so-called “stewardship of the world order”. Carter added that “Most disturbing is Moscow’s nuclear saber-rattling”, which in his view, “raises questions about Russian leaders’ commitment to strategic stability, their respect for norms against the use of nuclear weapons…”

Not surprisingly, Carter did not mention Washington’s own very loud nuclear saber-rattling. In addition to advancing the US Ballistic Missile Defense array targeting Russia, Carter recently announced highly-advanced US nuclear weapons would be stationed at the Büchel Air Base in Germany as part of a joint NATO nuclear program, which involves non-nuclear NATO states in Europe hosting more than 200 US nuclear warheads. Those NATO states across Europe, including Germany, have just become a potential Ground Zero in any possible nuclear war between the United States and Russia. Perhaps it’s time for some more sober minds to take responsibility in Washington for restoring a world at peace, minds not obsessed with such ridiculous ideas of “pre-eminence”.

Why are NATO forces being committed to fight a battle they are ill-equipped to win in Syria? Are the Illuminati planning for US/NATO to lose this war? Have the missing trillions of dollars being spent not by the Pentagon, but secretly been handed to Russia and China so they can establish a new power block, while the old one is destroyed in Illuminati-style? The evidence for such a theory is there. The Washington theory of pre-eminence is just a trick to push the mugs (i.e. Americans) into fighting a war they will lose. The smart money left a while ago. The bunkers are ready. The Illuminati will rise again not in Europe or America, but in China.