There is still a lot to learn about good old H2O. An article in News Wisestated explains that researchers have uncovered new properties of water molecules that have previously escaped notice for almost a hundred years. 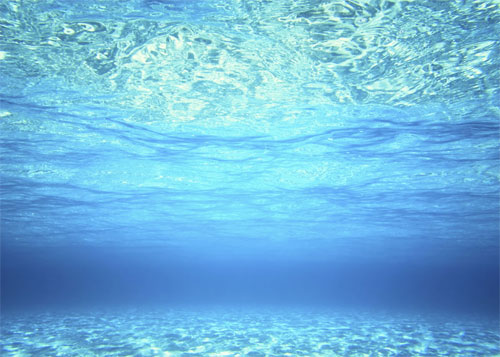 In its liquid form, water is good at transporting the protons and hydroxide ions produced by the process of self-ionization. This property enabled the development of organic life, as well as the production and storage of electrochemical energy, one modern example being fuel cell technology.

Water is made up of a complex arrangement of hydrogen bonds. Conventional knowledge believed that the process used by water to transport protons and the method used for hydroxide ions were symmetrical mirror images of each other.

New theoretical models and computer simulations begged to differ with this century-old belief. These current approaches suggested that the transportation mechanisms were so different from each other as to be asymmetrical.

If the systems were indeed asymmetrical, their differences could be used to improve their efficiency. For example, a system could be customized to prefer a certain ion over another, speeding up the process.

Until recently, there was no strong evidence of this asymmetry. It is very difficult to mount a direct observation of these protons and hydroxide ions.

A New York University (NYU) research team came up with a way of detecting this theoretical asymmetry. They cooled water until it reached its temperature of maximum density. This made it easier to observe the asymmetry.

As they get colder, water molecules squeeze into a structure with lower density than that of liquid water. This strange property is the reason why solid water, or ice, floats on its liquid phase, whereas the solid phase of other materials sink in their liquid phase.

The density of liquid water increases just above the freezing point. At 39 F (4 C), it hits the so-called temperature of maximum density.

Once the water reached this temperature, the NYU team used nuclear magnetic resonance techniques to measure the difference in the lifespans of the protons and hydroxide ions. They reported that there is a maximum value to those lifespans. Furthermore, the speed of ion transportation dropped as the lifetime of the charged particle rose.

Hydrogen bond arrangements cause the asymmetrical movement of ions through water

Having proven the asymmetry between the transportation processes of the water ions, the NYU researchers sought to figure out why water changed its properties based on its temperature. They looked at the speed at which hydrogen atoms could move from molecule to molecule.

A molecule of water is made up of one oxygen atom and two hydrogen atoms. The hydrogen atoms are able to abandon their molecule and go to another one. Their mobility explains the ease with which water transports ions.

The ability of hydrogen atoms to move between molecules is enabled by two particular geometrical arrangements of hydrogen bonds. Each arrangement is linked with one of the ions.

When the water reached the temperature of maximum density, the NYU researchers reported that one of the arrangements caused hydroxide ions to slow down, such that the protons outpaced them. This was taken as evidence of the asymmetry, as well as the connection between the hydrogen bond arrangement and the way water changed its properties when it got cold enough.

The results of this research is expected to have significant effects, given the importance of water in many biological and chemical processes.

How to Redesign Yourself From the Cellular Level and Beyond!

Examining the True Nature of Consciousness: Our Brain is Not Our Mind