Of all the forces or objects in the Universe that we cannot see – dark energy and dark matter – none has excited human curiosity so much as the invisible maws that shred and swallow entire stars like so many specks of dust, known as black holes. The world recently saw the first picture of a black hole. 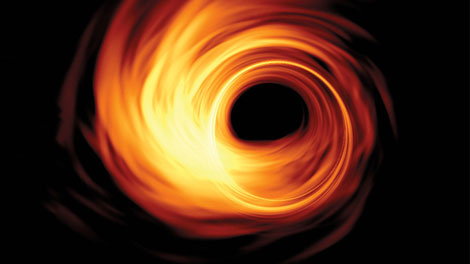 This April (2019), astronomers across the globe held six major press conferences simultaneously to announce the first results of the Event Horizon Telescope (EHT), which was designed precisely for that purpose. It has been a long wait.

Astronomers began speculating about the omnivorous “dark stars” in the 1700s, and since then indirect evidence has slowly accumulated.
“More than 50 years ago, scientists saw that there was something very bright at the centre of our galaxy,” Paul McNamara, an astrophysicist at the European Space Agency and an expert on black holes, told AFP.
“It has a gravitational pull strong enough to make stars orbit around it very quickly – as fast as 20 years.”
To put that in perspective, our Solar System takes about 230 million years to circle the centre of the Milky Way.

Eventually, astronomers speculated that these bright spots were in fact “black holes” – a term coined by American physicist John Archibald Wheeler in the mid-1960s – surrounded by a swirling band of white-hot gas and plasma.
At the inner edge of these luminous accretion disks, things abruptly go dark.

“The event horizon” – a.k.a. the point-of-no-return – “is not a physical barrier, you couldn’t stand on it,” McNamara explained.
“If you’re on the inside of it, you can’t escape because you would need infinite energy. And if you are on the other side, you can – in principle.” 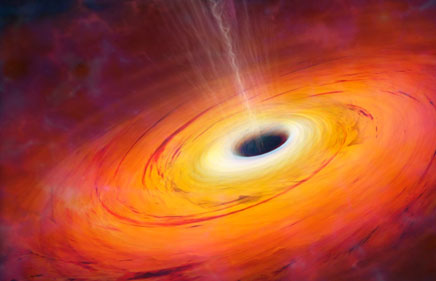 At its centre, the mass of a black hole is compressed into a single, zero-dimensional point.
The distance between this so-called “singularity” and the event horizon is the radius, or half the width, of a black hole.

The EHT that collected the data for the first-ever image is unlike any ever devised.
“Instead of constructing a giant telescope – which would collapse under its own weight – we combined several observatories as if they were fragments of a giant mirror,” Michael Bremer, an astronomer at the Institute for Millimetric Radio Astronomy in Grenoble, told AFP.

In April 2017, eight such radio telescopes scattered across the globe – in Hawaii, Arizona, Spain, Mexico, Chile, and the South Pole – were trained on two black holes in very different corners of the Universe to collect data.

The black hole that was photographed is in an elliptical galaxy known as M87. One reason this was studied is light smog within the Milky Way.
“We are sitting in the plain of our galaxy – you have to look through all the stars and dust to get to the centre,” said McNamara.

The data collected by the far-flung telescope array still had to be collected and collated.
“The imaging algorithms we developed fill the gaps of data we are missing in order to reconstruct a picture of a black hole,” the team said on their website. 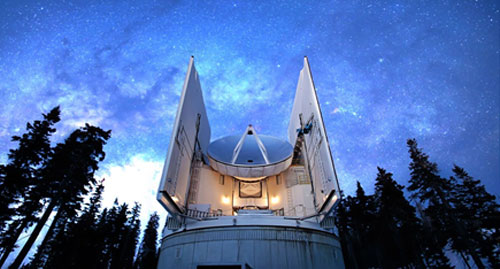 Breakthrough observations in 2015 that earned the scientists involved a Nobel Prize used gravitational wave detectors to track two black holes smashing together.
As they merged, ripples in the curvatures of time-space creating a unique, and detectable, signature.

“Einstein’s theory of general relativity says that this is exactly what should happen,” said McNamara.
But those were tiny black holes – only 60 times more massive than the Sun – compared to either of the ones under the gaze of the EHT.
“Maybe the ones that are millions of times more massive are different – we just don’t know yet.”

As mentioned above, the picture, a circular black shadow encircled by a bright orange ring, shows the black hole at the center of the huge galaxy Messier 87 (M87), which is located about 55 million light-years from Earth.

The black hole in this galaxy has a mass that the Event Horizon Telescope researchers estimate to be 6.5 billion times more massive than our Sun. “M87’s huge black hole mass makes it really gigantic, even by supermassive black hole standards,” Sera Markoff, an astrophysicist at the University of Amsterdam, said at the press conference. “You’re basically looking at a supermassive black hole that’s almost the size of our entire Solar System.”