Scientists Working on an Enzyme capable of Deleting Bad Memories

Scientists have discovered an enzyme in the brain involved in memory formation, particularly with long-term memories. Are there any bad memories you want to get rid of? The scientists believe that those with PTSD (Post Traumatic Stress Disorder) or other memory-related afflictions can be treated by targeting an enzyme to delete bad memories.

At face value this may sound fine and well, but those frequenting the alternative media may be experiencing a red light warning right now: Could this form of memory hijacking be used for a number of dark ulterior motives?

After a learnt experience, the enzyme, named ACSS2 (acetyl-CoA synthetase 2), plays a part in maintaining or forming old/new memories through its involvement with switching on memory genes located at the brain cell’s nucleus. Consequently, the switched on memory genes control the restructuring of the synapse, a place where one brain cell meets another. Proteins are then made at the restructured synapse for forming memories.

Scientists found by experiment that reduced levels of the ACSS2 enzyme in mice lowered memory gene expression. As a result, these mice manipulated with the low levels of this enzyme could not form long-term memories: In an experiment, mice with lower enzyme levels displayed disinterest in a ball, unlike the previous day when they had normal levels and showed interest. The control mice always with normal levels showed interest in the ball throughout the experiment.

In light of this research, scientists are looking at preventing memory formation with humans by blocking ACSS2 enzyme levels in the brain. This will prevent the preserving and formation of bad memories in people suffering with PTSD, depression and anxiety.

As mentioned earlier, it may sound fine and well, but could also have dark and sinister implications: Could this become one of the many mind control technologies used covertly by sinister governmental agencies such the CIA? (Maybe it’s already being used to erase memories of black ops atrocities…) 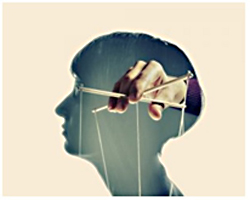 It could be used as a weapon on our consciousness and free will. For example, let’s say you’re an investigative journalist having anti-New World Order objections. In an investigation, you could uncover major damming evidence indicating vaccine damage cover-up. However, you could have your memories on this deleted, leaving you unable to report your findings, which indeed, allows the perpetrators you would have exposed to get away with it.

Sure, there are countless possibilities where, for convenience, your memories relating to anti-NWO objection could be deleted.

Some might say that the enzyme treatment is superfluous because there are a number of successful therapies used for PTSD, depression and anxiety. This includes cognitive behaviour related psychotherapy and healing touch treatment using guided imagery.

Bad memory deletion could be a mistake. Remember the old adage: “If you don’t learn from history (in this case don’t remember) then you could be destined to repeat the same mistakes”. For example, you could invite a deadly enemy in for tea, having had your bad memories related to this individual deleted!

The enzyme treatment is based on the assumption that all memories are in the brain. According to Rupert Sheldrake, as part of science’s unwillingness to address consciousness, this is a major false assumption.

Maybe if many of those soldiers suffering from PTSD had found out that the wars were fake and had been secretly manufactured by the ruling elite for power, profit and political gain, then they would not have bad memories: Because they would have refused to fight in the wars.