The United States Senate selected a Committee to study governmental operations with respect to intelligence activities found in 1975 that the CIA submitted stories to the American press. 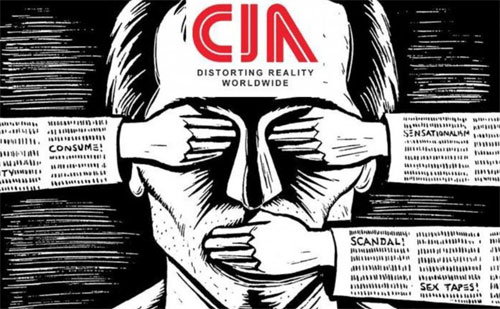 Wikipedia added details:
“After 1953, the network was overseen by Allen W. Dulles, director of the CIA. By this time, Operation Mockingbird had a major influence over 25 newspapers and wire agencies. The usual methodology was placing reports developed from intelligence provided by the CIA to witting or unwitting reporters. Those reports would then be repeated or cited by the preceding reporters which in turn would then be cited throughout the media wire services.

The Office of Policy Coordination (OPC) was funded by siphoning off funds intended for the Marshall Plan [i.e. the rebuilding of Europe by the U.S. after WWII]. Some of this money was used to bribe journalists and publishers.”

In 2008, the New York Times wrote:
“During the early years of the cold war, [prominent writers and artists, from Arthur Schlesinger Jr. to Jackson Pollock] were supported, sometimes lavishly, always secretly, by the C.I.A. as part of its propaganda war against the Soviet Union. It was perhaps the most successful use of soft power in American history.”

A CIA operative told Washington Post owner Philip Graham in a conversation about the willingness of journalists to peddle CIA propaganda and cover stories:
“You could get a journalist cheaper than a good call girl, for a couple hundred dollars a month.”

Famed Watergate reporter Carl Bernstein wrote in 1977:
“More than 400 American journalists … in the past twenty five years have secretly carried out assignments for the Central Intelligence Agency, according to documents on file at CIA headquarters.”

“In many instances, CIA documents show, journalists were engaged to perform tasks for the CIA with the consent of the managements of America’s leading news organizations.”

“Among the executives who lent their cooperation to the Agency were [the heads of CBS, Time, the New York Times, the Louisville Courier Journal, and Copley News Service. Other organizations which cooperated with the CIA include [ABC, NBC, AP, UPI, Reuters], Hearst Newspapers, Scripps Howard, Newsweek magazine, the Mutual Broadcasting System, the Miami Herald and the old Saturday Evening Post and New York Herald Tribune.”

“There is ample evidence that America’s leading publishers and news executives allowed themselves and their organizations to become handmaidens to the intelligence services. «Let’s not pick on some poor reporters, for God’s sake», William Colby exclaimed at one point to the Church committee’s investigators. «Let’s go to the managements»”.

“The CIA even ran a formal training program in the 1950s to teach its agents to be journalists. Intelligence officers were «taught to make noises like reporters,» explained a high CIA official, and were then placed in major news organizations with help from management.”

“Once a year during the 1950s and early 1960s, CBS correspondents joined the CIA hierarchy for private dinners and briefings.”

“Allen Dulles often interceded with his good friend, the late Henry Luce, founder of Time and Life magazines, who readily allowed certain members of his staff to work for the Agency and agreed to provide jobs and credentials for other CIA operatives who lacked journalistic experience.”

“In the 1950s and early 1960s, Time magazine’s foreign correspondents attended CIA «briefing dinners similar to those the CIA held for CBS»”.

“When Newsweek was purchased by theWashington PostCompany, publisher Philip L. Graham was informed by Agency officials that the CIA occasionally used the magazine for cover purposes, according to CIA sources. «It was widely known that Phil Graham was somebody you could get help from,» said a former deputy director of the Agency. «Frank Wisner dealt with him.» Wisner, deputy director of the CIA from 1950 until shortly before his suicide in 1965, was the Agency’s premier orchestrator of «black» operations, including many in which journalists were involved. Wisner liked to boast of his «mighty Wurlitzer,» a wondrous propaganda instrument he built, and played, with help from the press.)” 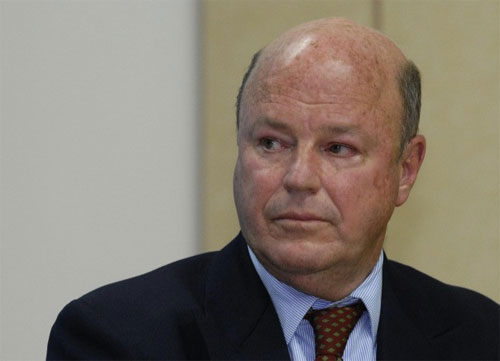 “In November 1973, after [the CIA claimed to have ended the program], Colby told reporters and editors from the New York Times and the Washington Star that the Agency had «some three dozen» American newsmen «on the CIA payroll,» including five who worked for «general circulation news organizations.» Yet even while the Senate Intelligence Committee was holding its hearings in 1976, according to high level CIA sources, the CIA continued to maintain ties with seventy five to ninety journalists of every description – executives, reporters, stringers, photographers, columnists, bureau clerks and members of broadcast technical crews. More than half of these had been moved off CIA contracts and payrolls but they were still bound by other secret agreements with the Agency. According to an unpublished report by the House Select Committee on Intelligence, chaired by Representative Otis Pike, at least fifteen news organizations were still providing cover for CIA operatives as of 1976.”

“Those officials most knowledgeable about the subject say that a figure of 400 American journalists is on the low side.”

“There were a lot of representations that if this stuff got out some of the biggest names in journalism would get smeared”.

An expert on propaganda testified under oath during trial that the CIA now employs thousands of reporters and owns its own media organizations. Whether or not his estimate is accurate, it is clear that many prominent reporters still report to the CIA.

A 4-part BBC documentary called the “Century of the Self” shows that an American – Freud’s nephew, Edward Bernays – created the modern field of manipulation of public perceptions, and the U.S. government has extensively used his techniques.

John Pilger is a highly-regarded journalist (the BBC’s world affairs editor John Simpson remarked, “A country that does not have a John Pilger in its journalism is a very feeble place indeed”). Pilger said in 2007:
“We now know that the BBC and other British media were used by the British secret intelligence service MI-6. In what they called Operation Mass Appeal, MI-6 agents planted stories about Saddam’s weapons of mass destruction, such as weapons hidden in his palaces and in secret underground bunkers. All of these stories were fake.”

“One of my favorite stories about the Cold War concerns a group of Russian journalists who were touring the United States. On the final day of their visit, they were asked by the host for their impressions. «I have to tell you,» said the spokesman, «that we were astonished to find after reading all the newspapers and watching TV day after day that all the opinions on all the vital issues are the same. To get that result in our country we send journalists to the gulag. We even tear out their fingernails. Here you don’t have to do any of that. What is the secret?»”

Nick Davies wrote in the Independent in 2008:
“For the first time in human history, there is a concerted strategy to manipulate global perception. And the mass media are operating as its compliant assistants, failing both to resist it and to expose it.”

“The sheer ease with which this machinery has been able to do its work reflects a creeping structural weakness which now afflicts the production of our news. I’ve spent the last two years researching a book about falsehood, distortion and propaganda in the global media.”

“The Zarqawi letter which made it on to the front page of The New York Times in February 2004 was one of a sequence of highly suspect documents which were said to have been written either by or to Zarqawi and which were fed into news media.
This material is being generated, in part, by intelligence agencies who continue to work without effective oversight; and also by a new and essentially benign structure of «strategic communications» which was originally designed by doves in the Pentagon and NATO who wanted to use subtle and non-violent tactics to deal with Islamist terrorism but whose efforts are poorly regulated and badly supervised with the result that some of its practitioners are breaking loose and engaging in the black arts of propaganda.”

“The Pentagon has now designated «information operations» as its fifth «core competency» alongside land, sea, air and special forces. Since October 2006, every brigade, division and corps in the US military has had its own «psyop» element producing output for local media. This military activity is linked to the State Department’s campaign of «public diplomacy» which includes funding radio stations and news websites. In Britain, the Directorate of Targeting and Information Operations in the Ministry of Defence works with specialists from 15 UK psyops, based at the Defence Intelligence and Security School at Chicksands in Bedfordshire.”

“In the case of British intelligence, you can see this combination of reckless propaganda and failure of oversight at work in the case of Operation Mass Appeal. This was exposed by the former UN arms inspector Scott Ritter, who describes in his book, Iraq Confidential, how, in London in June 1998, he was introduced to two «black propaganda specialists» from MI6 who wanted him to give them material which they could spread through «editors and writers who work with us from time to time».”