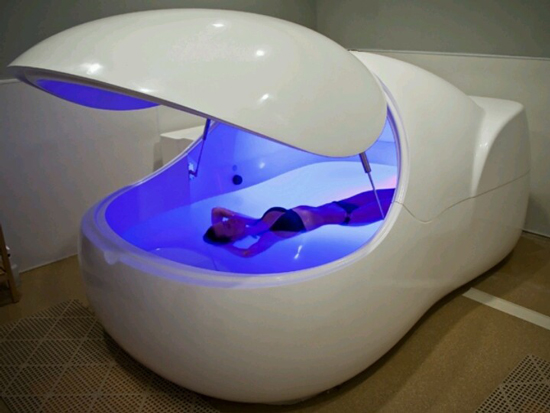 Whether referred to as “sensory deprivation tanks”, “float tanks” or simply “floating”, deprivation therapy treatments diminish nearly all sights, sounds, smells and touch, earning a reputation for naturally easing many ailments. Floaters report sensory deprivation tank benefits include insomnia cures and relief from chronic pain, anxiety, depression and even addiction. Perhaps the beauty in all of this is that these reported benefits are possible without a doctor’s visit, breaking a sweat or filling any prescriptions.

What does floating in a deprivation tank do – or feel like? Proponents of floating told the The New York Times that a session can make you practically feel like an astronaut, saying “it’s something you can never experience otherwise”. Sensory deprivation tank float centers are popping up all over the United States and Europe, especially in urban areas where the demand for holistic healing surges. According to annual official Float Tank Industry reports, the U.S. was home to more than 300 float centers in 2015, up from about 85 in 2011.

Although the benefits of float tanks only recently garnered lots of buzz, they’ve actually been around since the 1950s and used in Europe on-and-off since the 70s. At the time of sensory deprivation tank creation, psychoanalytic researchers and neuroscientists used the tanks mainly to test effects on things like creativity, connection to others and concentration.

Some report that float tanks can actually bring about a “spiritual experience”. Over the last few decades, esoteric communities promote floating as a way to promote “spiritual awareness”, emotional breakthroughs and enhanced clarity of mind. Recent research published in the Journal of Complimentary & Behavioral Medicine now suggests that sensory deprivation may actually work by reducing the body’s stress response, inducing deep relaxation and quieting mental chatter. A slew of research is now showing that “floatation therapy” is an effective, noninvasive method for treating stress-related illnesses and pain, more so than a placebo or even many other methods currently used in complimentary medicine.

What Is a Sensory Deprivation Tank (also known as “Samadhi Tank”)?

Sensory deprivation is achieved through floating in a type of isolation tank that cuts off all sources of sensory experience: sound, sight, smell and touch. Another way floating is referred to in research studies is Restricted Environmental Stimulation Technique, or floating-REST. 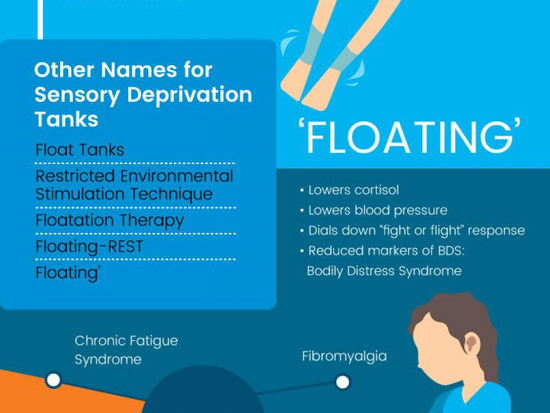 Float tanks that are used for inducing sensory deprivation are filled with water that is almost the exact same temperature as the floater’s body, along with high amounts of Epsom salt (made from magnesium sulphate). The salts allow you to remain restfully floating at the water’s surface in complete silence and stillness. During the entire session, floaters generally feel light and peaceful, without needing to exert any effort to stay afloat.

As you’ll learn below, flotation-REST’s positive effects impact physiology, including lowering levels of cortisol, lowering blood pressure and promoting positive feelings of well-being. Studies show that increased mindfulness and decreased stress during float session reduce markers of bodily distress syndrome (BDS). Researchers often use the term “BDS” to describe negative physiological changes that take place when someone is under a lot of stress. These BDS signs are now tied to things like fibromyalgia symptoms, chronic fatigue syndrome and somatization disorder.

How Does a Sensory Deprivation Tank Work?

Sensory deprivation tanks help induce a deep state of relaxation (also called a “relaxation response” or RR) by turning down the body’s “fight or flight” stress response. Evoking a natural relaxation response is considered an effective remedy for stress-related symptoms because it activates the parasympathetic nervous system, while at the same time decreasing activity of the sympathetic nervous system. Essentially, floating helps lower cortisol levels and calm the nervous system, bringing the immune and hormonal systems back into balance.

These beneficial effects help lower the heart rate, normalize blood pressure levels, restore a normal breathing rate (respiratory frequency) and normalize digestive functions.
In stressful or busy situations, we’re best able to induce a relaxation response by decreasing sensory input and bodily movements as much as possible. During a floating session, nearly all incoming stimuli and sensations are reduced or completely eliminated. There is no music playing, no guided meditation or directions and nothing else to hear besides your own breath. There are no lights – tanks are kept very dark. Floaters don’t even feel water on the skin because it’s heated to nearly exact skin temperature. Time in a sensory deprivation tank is similar to meditation in that the mind tends to become very peaceful, allowing stress to melt away.

Regarding the logistics of sensory deprivation tanks, here’s what you can expect if you decide to try such a floating session:
– The deprivation tanks themselves are big enough to fit your body when lying down flat, but don’t leave too much room for moving around. Most are about the size of a large bathtub, which can leave some people feeling confined and uneasy.
– Tanks hold about 10 inches of water and about 1,000 pounds of dissolved Epsom salt. The salt is what allows the floater to stay elevated during the session without needing to swim or tread.
– Most people choose to float for about 45 minutes to 2 hours. However, some go for even longer, up to 8 hours as they sleep in the float overnight. People have the option to leave the tank early if they feel uneasy. However most experts suggest that you try to wait out the duration of at least your first session to experience and embrace all of the different feelings that may come up.
– The cost of sessions depend on the type of facility you visit. In the US, most 1 to 2 hours sessions cost anywhere from $30 to $150. Many places offer float packages, helping to keep costs down in exchange for committing to a certain number of floats up front.
– In case you’re wondering, floating for 1 to 2 hours in a salt tank isn’t bad for your skin, and you won’t get wrinkly or cold. The water stays the same temperature as your body, adding to the “deprivation” feeling. Most say that their hair and skin feels soft afterwards, not dried out like you may expect.

Who Do Float Tanks Work For?

Floating enthusiasts told The New York Times that anyone looking to “stretch their artistic, spiritual and even athletic boundaries” can benefit from floating. After reviewing participants’ reports regarding floating’s effects, researchers even concluded this: “Many of the participants had been using a range of different methods to reduce pain, stress and other individual health issues prior to floating. Medicines, massage and physiotherapy were some of the treatments mentioned, and never had they so successfully been relieved from pain, tension, stress, etc.”

Those looking for more of a scientifically-supported reason to try floating will be happy to know it’s backed up by much ongoing reason. Although there’s still lots to learn regarding the physiological effects of sensory deprivation, floating is believed to potentially help alleviate all sorts of stress-related problems like:
– Mood related disorders and symptoms of depression or anxiety;
– Addictions or symptoms of withdrawal;
– Headaches;
– Low immune function;
– “Burnout” and frequent sick days among employees;
– Chronic fatigue and low energy;
– Jet lag (extreme tiredness and other physical effects felt by a person after a long flight across different time zones);
– Trouble focusing, restlessness, distractions or brain-fog;
– Chronic pain and muscle tension, often tied to high stress levels;
– Difficulty sleeping or insomnia. 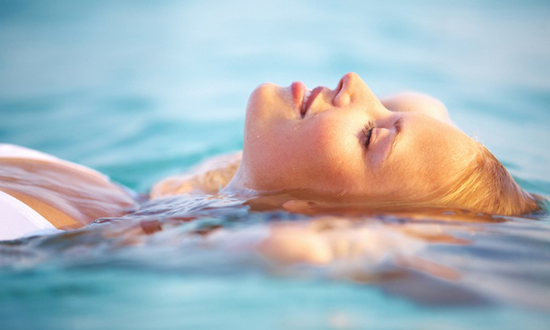 The 2014 Journal of Complimentary & Behavioral Medicine study mentioned above, which tested the effects of sensory deprivation on markers of quality of life in 65 adult patients as part of a cooperative-health project, found a significant correlation between “altered states of consciousness during the relaxation in the flotation tank” and “mindfulness in daily life”.

In 2016, researchers from the Department of Psychology at Karlstad University in Sweden tested the effects of sensory deprivation tank floating on symptoms of anxiety disorders, including general anxiety disorder (or GAD), which remains one of the most challenging mental health problems to treat. Study findings showed that GAD-symptomatology significantly changed for the better for the 12-session float group over a four-month period.

In fact, 37 percent of participants in the float-treatment group reached full remission from GAD symptoms at post-treatment, while the majority experienced at least some significant beneficial effects related to sleep difficulties, problems with emotional regulation and depression. All improved outcome variables at post-treatment, except for certain symptoms of depression, remained at the 6-month follow-up point after the study. No negative effects surfaced in the floaters.

Facing these daunting stats, more employers are offering complimentary floating sessions, or similar approaches like breaks for meditation, in order to keep stress levels low. While stress-reduction is a common doctor’s recommendation for patients who are already dealing with these problems, it seems to be most helpful when stress is prevented or managed before it reaches damaging levels. Sensory deprivation floating is now considered a cost-effective, natural and helpful stress-preventative method for decreasing potential sick-leave absences and increasing general well-being in the workplace.

A study from the 90s aimed at identifying the effectiveness of sensory deprivation on reducing addiction found that “REST is a versatile, cost-effective treatment modality with demonstrated effectiveness in modifying some addictive behaviors, and has promising applications with others”.

Interestingly, patients addicted to nicotine, alcohol or drugs generally saw improvements associated with refocusing the mind or rebalancing the various physical and mental effects of stress.
According to science, sensory deprivation helps patients overcome addictions by:
– Induction of a general relaxation response;
– Serenity and relief by non-chemical means;
– Internal refocusing to concentrate on personal problems;
– Disruption of habits through removal of trigger cues and response possibilities;
– Increased feelings of control over addictive behaviors;
– Enhanced learning processes.

The most support for floating involves smoking cessation help, while many believe more research is needed overall to recommend floating for other drug problems.

Precautions Regarding Sensory Deprivation Tank Use

Although most who try sensory deprivation tanks report really enjoying the experience with no unwanted side effects, not all do. Some facilities may lack proper sanitation, including reports of moldy tanks, off-putting smells and dirty tank water.

Depending on your personality and how well you deal with feeling isolated inside small, closed spaces, it’s also possible that you could feel even more anxious or restless during a float session. If you find it hard to stay in small spaces without feeling tense, like crowded subways or packed cars, you may not like how floating feels.

To avoid potentially becoming sick or catching something like a fungal infection, do your research and be sure to visit a facility with strong reviews and recommendations. Also check on the facilities’ guidelines for hygiene and cleanliness. Shower after floating, and wash all clothes that you may wear during a session. If you’re unsure of how you’ll react to isolation and deprivation, aim to do a shorter session at first, just 30 to 60 minutes. And never stop taking any medications or attempt to self-treat any physical or mental problem without discussing this with your doctor first.