Shocking: New study reveals that teenagers get no more exercise than seniors 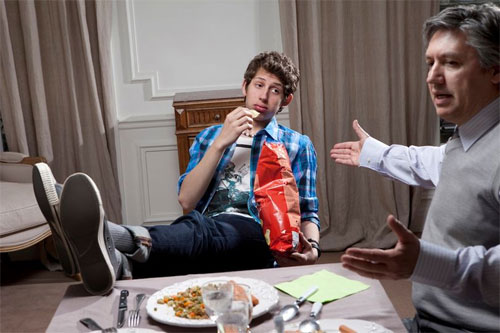 A study from 2017 has revealed an uncomfortable sign of the times: The physical activity levels of teenagers are at an all-time low. So much so that, according to the researchers from the Johns Hopkins Bloomberg School of Public Health, they get as much exercise as senior citizens.

Led by professor Vadim Zipunnikov, the team of researchers recruited a total of 12,529 participants based on data they gathered from the National Health and Nutrition Examination Survey. The participants were divided into five age groups: children (aged six to 11), adolescents (aged 12 to 19), young adults (aged 20 to 30), adults in midlife (aged 31 to 59), and senior citizens (aged 60 to 84).

At the end of the study, the researchers discovered that adolescents or teenagers were the least physically active group, and those in their late teens were as likely to be as sedentary as senior citizens. By contrast, those from the young adult group turned out to be the most physically active, particularly in the early morning. Furthermore, males tended to be more physically active than females, but this changed by the midlife stage.

“Activity levels at the end of adolescence were alarmingly low, and by age 19, they were comparable to 60-year-olds. For school-age children, the primary window for activity was the afternoon between 2 and 6 p.m.” said Zipunnikov, senior author of the study and an assistant professor in the Bloomberg School’s Department of Biostatistics.

“So the big question is how do we modify daily schedules, in schools for example, to be more conducive to increasing physical activity?”

Zippunikov added that health campaigns focusing on promoting higher-intensity exercise need to take the time of day and the need for lower-intensity physical activity into consideration.

Teenagers need an hour of exercise a day, at least

The World Health Organization (WHO) recommends at least 60 minutes of moderate  to vigorous intensity physical activity a day for children between the ages of five to 17, with most of the physical activity being aerobic.

The organization stated that doing this would yield multiple health benefits, including healthy musculoskeletal tissues, better neuromuscular awareness, and even greater self-confidence.

People who don’t get the exercise they need are more prone to developing serious illnesses, including but not limited to heart disease, diabetes, depression, and even some forms of cancer.

Despite this, over 50 percent of male teenagers and 75 percent of female teenagers in the study failed to meet the WHO recommendations. There are many possible reasons for this. One is the shorter amount of physical education times in school; another is the inability to access to sports equipment or spaces to perform fitness routines.

Lack of motivation is one more possible reason, especially if physical fitness isn’t valued by teenagers or their families. The prevalence of technology such as computers and televisions also play a role in promoting a sedentary lifestyle.

How Technology Fatigues The Brain & What We Can Do About It