The movie Snowden by Oliver Stone performs a masterful job in depicting efforts by the National Security Agency (NSA) in comprehensively gathering up electronic communications between people and organizations in the U.S. and all over the world. Stone correctly displays the routine violation of U.S. constitutional rights such practices entail, and why Edward Snowden was motivated to become a whistle blower and leak official state secrets to journalists in order to reveal what was happening.

The movie frames the core issue raised by Snowden as personal privacy being a right protected by the US Constitution, except in cases where courts grant exceptions due to criminal activities or national security. In the case of the NSA, the Foreign Intelligence Surveillance Court established and authorized under the Foreign Intelligence Surveillance Act of 1978 (FISA) had become a judicial rubber stamp for NSA spying. Snowden, however, revealed that personal privacy is routinely violated without any FISA court rulings, and with no transparency and accountability in the process used by the NSA and the intelligence community more generally.

Subsequently, journalists such as Glenn Greenwald and Laura Poitras have seen their careers skyrocket as a result of their coverage of Snowden’s releases, and the need to curtail state sanctioned violations of personal privacy on spurious national security grounds. In short, the NSA and intelligence community should not be allowed to spy on private citizens without solid legal justification.

This raises the question of why is the NSA and the intelligence community spying on private citizens, and violating U.S. constitutional norms in the process. What Snowden the movie suggests is that the “war on terror”, which is used to justify individual surveillance, is a mere fig leaf for more long-term cyber threats posed by China and Russia, and the need to give U.S. corporations a competitive edge against international rivals.

This is where Snowden and the journalists covering his revelations fail to see the big picture emerging from deeper forces at play when it comes to NSA spying on private citizens. First, we need to separate the military intelligence community comprising the NSA, Defense Intelligence Agency (DIA) etc., from civilian controlled organizations such as the Central Intelligence Agency.

What further needs to be considered, is that the CIA since its inception in 1947 under President Harry Truman, has conducted its covert operations without genuine oversight or transparency. There is literally no mechanism within the U.S. bureaucracy by which CIA covert operations can be understood, let alone accounted for. This led to Truman famously regretting his decision to enable the CIA to go beyond mere “human intelligence” gathering. He said on December 22, 1963: “I think it has become necessary to take another look at the purpose and operations of our Central Intelligence Agency – CIA. For some time I have been disturbed by the way the CIA has been diverted from its original assignment. It has become an operational and at times a policy-making arm of the Government. This has led to trouble and may have compounded our difficulties in several explosive areas. We have grown up as a nation, respected for our free institutions and for our ability to maintain a free and open society. There is something about the way the CIA has been functioning that is casting a shadow over our historic position and I feel that we need to correct it.”

Coming one month after President Kennedy’s assassination, Truman was ominously hinting at a CIA link to the national tragedy.
In contrast to the CIA, military intelligence operations are conducted in conformity with the Uniform Code of Military Justice, and run according to a strict chain of command. Basically, at the apex of the NSA, and other military intelligence organizations, the officials running these agencies can be held accountable for their actions.

What further compounds the problem with CIA covert operations is who does the CIA work for? On the surface, the CIA works for the U.S. Congress and Executive Branch of Government including the U.S. President. That is largely correct when it comes to the CIA analytical division, what Truman pointed to as its “original assignment”, but what about its covert operations division which has been known over the years by a number of names, the current one being the “National Clandestine Service”?

There is abundant evidence that CIA covert operations are controlled by a Shadow Government, which has its own agenda, entirely separate to the Representative Government, periodically elected. This Shadow Government involves elite groups and other mysterious forces which are presently accountable to no one, and want to keep things that way. 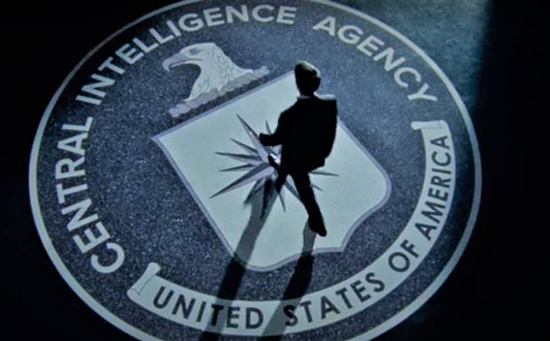 Deceased US Senator Daniel Inouye famously said: “There exists a shadowy Government with its own Air Force, its own Navy, its own fundraising mechanism, and the ability to pursue its own ideas of the national interest, free from all checks and balances, and free from the law itself.”

When President John F. Kennedy attempted to gain access to the CIA’s most closely guarded secrets about UFOs, he was assassinated in a covert action led by the chief of CIA counterintelligence, James Jesus Angleton. The book Kennedy’s Last Stand documents how Angleton was following a set of directives given to him by a mysterious control group known as Majestic 12 to respond to Kennedy and any future President who might become a problem concerning control over the UFO topic.

Consequently, when it comes to answering the question “Why is the NSA spying on private citizens?”, the answer is more complex than the NSA simply wanting to know about citizens’ private affairs in order to more effectively deal with global terrorism. The NSA and the military intelligence community are more interested in learning about covert CIA activities, and how this impacts U.S. national security.

This then adds a new layer of complexity to the Snowden movie. Prior to becoming an NASA operative, Snowden was a CIA analyst who allegedly became disenchanted with its covert operations, and resigned. After resuming his work with the CIA, Snowden was transferred to the Hawaii branch of Booz Allen Hamilton, an NSA contractor, ostensibly for healthier working conditions.

This raises the questions, was Snowden a CIA mole whose job was to expose NSA spying, or was he alternatively set up by the CIA so that he would eventually reveal the truth about the NSA data collection operations as a whistle blower?
The true goal of such a CIA covert operation then was not to reveal the NSA’s spying activities in order to protect American civil liberties, but to curtail the effectiveness of the NSA’s intelligence gathering on CIA covert operations. This was done in order to keep hidden not just CIA operatives, but the puppet masters behind the CIA covert operations whose power and influence extends to sitting U.S. Presidents. This was a lesson President Kennedy learned the hard way, and President Trump is already learning with the CIA’s covert operations to undermine his administration.

In this regard, former NSA employee and investigative reporter, Wayne Madsen, said: “The CIA’s effort to deny Trump the presidency was being supported by a cavalcade of retired CIA officials, including former director Michael Hayden, former acting director Michael Morell, and former clandestine services officer Robert Baer. These and other former CIA officials would not be attacking Trump’s credentials to serve as president without a wink and a nod from CIA director John Brennan.”

If the above analysis is correct, what this suggests is that Snowden is at best an unwitting dupe manipulated by the CIA, or at worst a CIA mole whose real mission was to impact NSA intelligence gathering operations which pose a threat to CIA covert operations.

It is understandable that if the U.S. military intelligence community was aware of the full extent of CIA operations involving sabotage, blackmail, false flag events, assassination, in the U.S. and around the world, that some of these operations would be neutralized. This is especially significant when it comes to the incoming inauguration ceremony of President Trump.

On the very day and time that Trump was to be inaugurated, news had emerged that the Army General commanding the D.C. National Guard was to be relieved of duty at 12:01 pm in the midst of the inauguration ceremony (which did not happen).

“The U.S. Army general who heads the D.C. National Guard and is an integral part of overseeing the inauguration said he has been ordered removed from command effective Jan. 20, 12:01 p.m., just as Donald Trump is sworn in as president. Maj. Gen. Errol R. Schwartz’s departure will come in the midst of the presidential ceremony, classified as a national special security event – and while thousands of his troops are deployed to help protect the nation’s capital during an inauguration he has spent months helping to plan.”
TheWashington Post interviewed Schwartz on January 13, and reported his answers to his puzzling dismissal orders from an unknown Pentagon source: “The timing is extremely unusual,” Schwartz said in an interview morning, confirming a memo announcing his ouster that was obtained by The Washington Post.

During the inauguration, Schwartz commanded not only the members of the D.C. guard but also an additional 5,000 unarmed troops sent in from across the country to help. He also had overseen military air support protecting the nation’s capital during the inauguration. He said he would “never plan to leave a mission in the middle of a battle”.

The confusion caused by this mysterious order received by Schwartz is a tell-tale sign of a CIA covert operation in the making.
While Snowden, Greenwald and Poitras are to be commended for their forceful advocacy of civil liberties, and unaccountable national security state encroachments upon these liberties, they fail to take into account the deeper layers of the global control system, whereby the CIA’s covert operations are ultimately directed by a Shadow Government.

The CIA’s covert operations have long been a rogue element in the U.S. national security system, one that the military intelligence community has attempted to monitor and curtail when appropriate. That is especially important with the Trump administration and CIA covert actions underway against it.