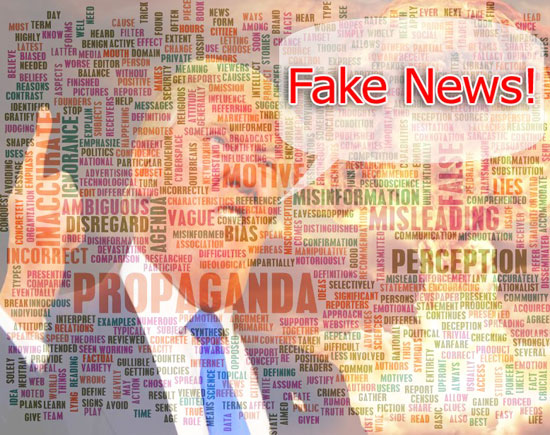 The cleanup team for the Broadcasting Board of Governors is actively making their case for a repeal of the First Amendment to quash a free press. The Federal Communications Commission (FCC), now under Ajit Pai, is also dramatically rolling back limits that capped the number of stations one corporation can control, enabling Sinclair Broadcast Group to buy Tribune Media Company and its 42 local TV stations for $3.9 billion, meaning more media consolidation and control by corporations. Even Late Night host Stephen Colbert is being investigated by the FCC for a monologue joke against Trump.

What is not seen is that there is a legal basis for their goals and objectives which began long ago, and there is a purpose behind it, which may be to eliminate fact based decision making in favor of myths.

Those within the government supporting propaganda have actively been using the words “fake news” to further those objectives and remove any negative news about themselves from the forefront.

While at the same time, true propagandists, “fake people”, are actively creating “fake news” to facilitate and support false narratives, passed on to the mainstream media, to subconsciously manufacture a false reality. These ingrained myths then create reaction to manufactured scenarios rather than reaction to real facts on the ground.

The definition of a “fake person” is one who is put in a particular place, a place holder – be it a university, a public office or a publication – and is “given” credentials to appear real. He or she writes what he or she is told to suit a narrative that is unsupported by real sources. When checked the sources sited and facts on the ground prove the narrative as false.

Negating the SMA and Foreign Relations Authorization Act of 1987 made it LEGAL to propagandize the American people with source-less propaganda that is now manufactured as real news, while some scream out “fake news” every time someone catches them in a lie – ignoring the manufactured people that are feeding them fake news every day.

It is hard to believe the mainstream media who stood by and allowed the Iraq War to start and go on with no weapons of mass destruction ever found. This is the same media that refused to question 9/11, US government motivations for Ukraine, Libya, Syria and the many other conflicts, where the facts on the ground differed from what was publicly being told. The lack of questioning of the official story has caused the media to become vulnerable to the types of accusations being made, of fake news, as the MSM has continued to run false narratives without question. Those that have appeared to question are not innocent either, as a lot of times, these too are “fake people” who have been put in place to churn out fake news that filters both to the mainstream media and to those seeking to get a “buzz” from what amounts to source-less material aimed at perception management of a scenario by the alternative press.

Perception Management of Decision Makers and the Public

Perception management is defined by defining perception as the “process by which individuals select, organize, and interpret the input from their senses to give meaning and order to the world around them” and management as “the process of dealing with or controlling things or people”. Basically perception management can be defined as controlling the issues people think about and how they see the world around them for a purpose of ultimately controlling reactions to particular situations including the thoughts about those situations in order to gain compliance with a desired goal or objective that would typically be unacceptable to them.

The way to defeat Perception Management is to observe the narrative through critical thinking about the information being brought forward. Ask the questions: Who is telling the story? Who and what are their sources? What is their background, and are they close enough to the story to tell it accurately? Through building strong relationships and understanding of situations including historical basis, political interests, etc. as well as having facts and data to determine probabilities for truth, Perception Management can be uncovered.

Because the NDAA of 2013 basically gave a long list of groups the right to lie to the public to construct false narratives which are mainstreamed, it is a benefit to examine situations more closely to see the propaganda directly. To identify mainstreamed propaganda, one has to first begin to examine the sources of the stories to determine where the stories are coming from, who is behind them, both the journalists and the sources, and what the intentions of the “sources” really are. When one does this, it reveals a web of cross sourced propaganda that is fed directly to the Mainstream Media.

These stories come out to attack Syria, Iran and gain leverage against Turkey when Israel is having difficulty with Turkey.

An article running as top news, Iran minister warns Saudi Arabia after battle comments: Tasnim by Reuters, Dubai is a perfect example of possible propaganda filtering to the main stream media and decision makers to stimulate war based on lies and propaganda. This story also ran in the Middle Eastern Eye and Al Araby.

Here is the lead from the salacious Reuter’s article: “Iran will hit back at most of Saudi Arabia with the exception of Islam’s holiest places if the kingdom does anything ‘ignorant’, Tehran’s defense minister was quoted as saying after a Saudi prince threatened to move the ‘battle’ to Iran.

‘If the Saudis do anything ignorant, we will leave no area untouched except Mecca and Medina’, Iranian Defense Minister Hossein Dehghan was quoted by the semi-official Tasnim news agency as saying.

‘They think they can do something because they have an air force’, he added in an apparent reference to Yemen, where Saudi warplanes regularly attack Iran-aligned Houthi forces in control of the capital Sanaa.”

An alternative media journalist, from Veterans Today, trying to figure it out was directed to Iranian Affairs webpage by a colleague, who said the quote was found there. This was actually a re-posted link to the same story.

So were those words even said by Iranian Defence Minister, Hossein Dehghan?

The journalist was reaching out to Iran to find out the true words that were said, if any words were said at all. The words should have been verified by Reuters directly at the source. Veterans Today has contacts in Iran that can verify the words said, however, no confirmation came.

What could be the point of this? To increase tensions between Iran and Saudi Arabia, and to provide the Trump Administration fuel for war and justification to potentially attack/sanction Iran, as this Reuters story has probably made it to the desk of every foreign policy decision maker. 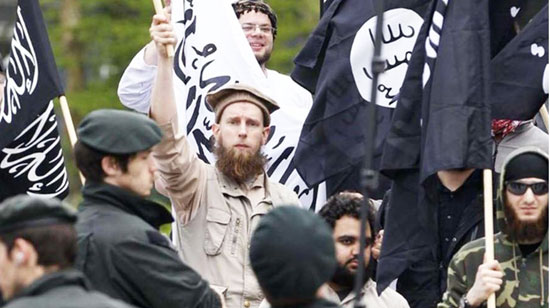 Let’s take another example, and we could take many that originate with WikiLeaks, InfoWars, the Times of Israel, Counter Punch, Global Research, Middle Eastern Eye, including many “independent” reporters working in the mainstream media, and those involved with the Murdoch organization as well as the Syrian Observatory of Human Rights and also the highly bought and paid for White Helmets Organization.

Let’s look at a story that originated by Scott Lucas about the White Helmets being killed, published in Syria Daily and titled Pro-Assad Bombing Kills 8+ White Helmets Rescuers. The mainstream reader will tend to feel sorry for the alleged rescuers, while not knowing that the majority of them are actually part of Salafist, terrorist groups who have directly benefited from the backing of Western governments, producing films for profit while endangering, if not killing children.

So why would a Western, alleged progressive, support Salafists? Further down on the page there is a reference to “Jaish al-Islam and Failaq al-Rahman, the leading rebel factions”. To examine Jaish al-Islam, let us look at their beliefs to see if they are coherent with the author of the articles, Lucas, who is through his writing supporting them.

From Wikipedia: “Jaysh al-Islam (Arabic: جيش ‎‎‎, meaning Army of Islam), formerly known as Liwa al-Islam (Brigade of Islam), is a coalition of Islamist and Salafist units involved in the Syrian Civil War. Its primary base of operations has been the Damascus area, particularly the city of Douma and region of Eastern Ghouta. Jaysh al-Islam is the largest rebel faction in the area, as was Liwa al-Islam. The group was a part of the Islamic Front. The organization has rejected membership of the Free Syrian Army. The group along with Ahrar ash-Sham are the main rebel groups supported by Saudi Arabia. The group aims to create an Islamic state under Sharia law.”

Stanford has a different view on the group: “Jaysh al-Islam (The Islam Army, The Islam Brigade) is a Syrian opposition group that targets the Assad Regime, the Islamic State, and select Kurdish forces. The group was formed in 2013 through a merger of about fifty Damascus-based opposition groups, including Liwa al-Islam, which remains one of the best-armed organizations and most powerful brigades within Jaysh al-Islam in the Ghouta agricultural belt. After the merger, Liwa al-Islam’s commander Zahran Alloush became Jaysh al-Islam’s leader, and the group replaced the Free Syrian Army as the dominant opposition force in Damascus. The group also has expanded its operations to the Homs, Aleppo, Idlib, Hama, Daraa, and Quneitra governorates, and has conducted an attack in Arsal, Lebanon in 2015.”

The group has been described as Salafist and represents the Saudi Arabian faction fighting within Syria. Would Lucas like a Salafist state in Syria? Is Salafism his preferred goal for the Syrian people?

The day of the Lucas story, Jaish al-Islam shot demonstrators in a Damascus suburb. “Remarkably, the protesters called Jaish Al-Islam fighters ‘Shabiha’, a derogatory term otherwise used for pro-government militias”, according to Al Masdar News. Have the civilians had enough of the Salafists trying to control them, and are they fighting back while Lucas is taking sides with the Salafists?

As the Islamist factions are now fighting each other in Syria, the West is pumping out propaganda on their behalf, while the Syrian Army moves in amid the chaos.

The key here is why is propaganda taken out of context allowed, that is geared towards radical Islamist support preferred by the Mainstream Media – both left and right?

This propaganda and covert operations network includes, but is certainly not limited to Movements.org and “Google Ideas” (recently renamed “Jigsaw” designed to feed propaganda directly to American foreign policy decision makers and the public to destabilize and to shape U.S. foreign policy and to facilitate “a big war”).

When reading the news today, consider the fact that you are being managed by this insidious force which uses myths to destroy all that is good for their financial benefit, supporting terrorists and false narratives at will, while claiming “fake news” any script that opposes them.