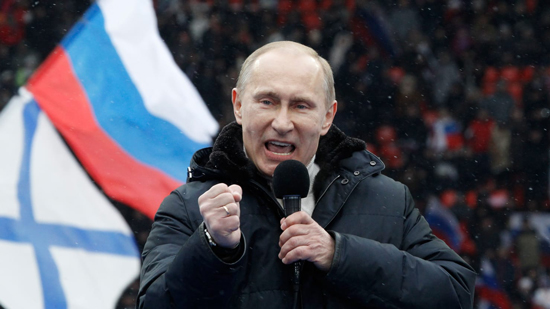 “If you tell a lie big enough and keep repeating it, people will eventually come to believe it” – Goebbels, Hitler’s propaganda minister.

This is perfectly applicable to the accusations about Russia and Putin regarding Ukraine. Every pundit and politician keeps repeating the line that Putin invaded Ukraine and annexed Crimea. However, like many big lies, this narrative quickly falls apart under objective scrutiny.

Putin did not “invade” Crimea in 2014. Russia has a naval base in Sevastopol, Crimea, and thus it’s normal for Russian soldiers to be in Crimea.

Crimea wasn’t even truly a part of Ukraine. It was known as the “Autonomous Republic of Crimea” after the dissolution of the USSR.

Putin did not “annex” Crimea. Crimea had a referendum and the people overwhelmingly (>95%) chose to go with Russia.

Why the referendum was not “rigged”: More than 75% of Crimeans speak Russian as their native language. Obviously they would choose to join Russia. There’s also intense and overt anti-Russian racism in Ukraine. For example, since 2014, Ukraine has banned Russian TV stations, Russian social media, websites, etc.

Even without the ethnic factor, deciding whether to join Russia or Ukraine is a no-brainer – it’s similar to asking a region if they want to be a part of the U.S. or Mexico.
Nobody protested after or since the referendum. In fact, Crimeans called the outcome “going back home.”

It’s important to remember that Crimea has belonged to Russia for 200+ years (since 1783). In 1954, Russian leader Khrushchev – a Ukrainian by birth – transferred Crimea to Ukraine. He did it as a goodwill gesture to celebrate the 300th anniversary of Ukraine becoming a part of Russia. Nobody in Russia at that time could foresee the fall of the USSR.

Ukraine borders Russia, and Kiev was the birthplace of Russia more than 1000 years ago.

Half of all Ukrainians speak Russian. The eastern half of Ukraine is predominantly made up of ethnic Russians and would gladly secede and join Russia any time. In fact, Ukraine has been virtually split in half for the last three years.

Black Sea – where Crimea is located – is strategically important to Russia, since it’s the only gateway to the Mediterranean, Africa, etc. Thus it’s important for shipping, oil/gas pipelines, as well as for military operations. It’s not an exaggeration to say that it would be suicidal for Russia to give up Crimea and control of Black Sea. 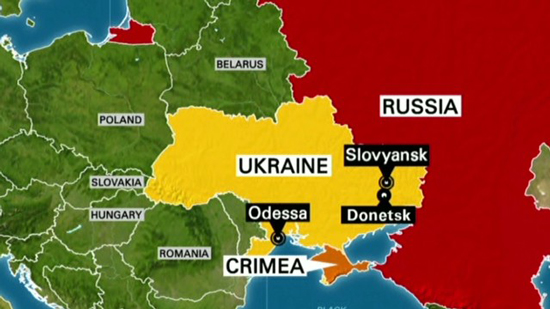 The US has also been planning on “stealing” Ukraine from Russia for a long time. Right after WW II, the CIA allied with Nazi and guerrilla groups within Ukraine to stir up trouble for the USSR. After the fall of the USSR, geopolitical strategist Brzezinski laid out the plan in his book, The Grand Chessboard, where he suggests that Ukraine should become a part of EU and NATO by 2010.

If Ukraine becomes a part of NATO, the US will place missile systems there, just 400 miles from Moscow. Moreover, Ukraine can start a war with Russia, and then US/EU will be obligated to join the fight. Hello, World War III.

As Asst. Sec. of State, Victoria Nuland admitted, since 1991, the US has spent more than $5 billion to lure Ukraine away from Russia. This was spent on propaganda, bribes, NGOs, recruitment of activists etc.

What happened in 2014 was a simple and illegal coup d’état. George Soros, John McCain, Neocons and EU leaders openly intervened in a sovereign nation’s democracy and manipulated the system.

Rather than waiting for a new election, Western elites staged violent protests in Ukraine’s capital and simply overthrew the government. (Neo-Nazi groups such as Svoboda played a major role in the riots.) Then new unelected President and Prime Minister were hand-chosen by the West and installed as puppets.

Just like they destroyed Libya and Syria in “humanitarian wars” and then moved on with no guilt, the Neocons have done the same in Ukraine. For three years, a civil war has been raging on in Ukraine.

Its debt-to-GDP ratio has doubled and close to 60% of the people live below the poverty line. Its industries are crumbling, and pensions/social welfare have been deeply slashed. Neo-Nazi groups are on the rise, and 80% of young people are desperate to leave the country. One group estimates that one in four prostitutes in Europe are now from Ukraine.

Basically, the country is ruined and has no future. Congrats to Neocons and warmongers who keep repeating like robots, “Putin invaded Ukraine and annexed Crimea.” Still bitter at Putin, the Pentagon has included $350 million of military aid to Ukraine for the coming fiscal year. More Ukrainians will keep dying for the globalist agenda.