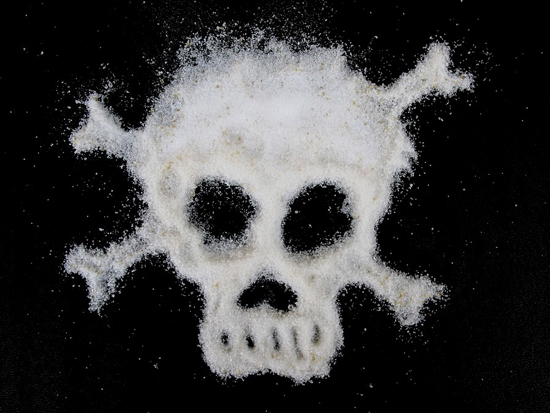 “Sugar causes diseases: unrelated to their calories and unrelated to the attendant weight gain. It’s an independent primary-risk factor. Now, there will be food-industry people who deny it until the day they die, because their livelihood depends on it.” – Dr. Robert Lustig.

Many articles talk about the prevalence of sugar in the typical diet, how easy it is to inadvertently consume too much, and how addictive the tiny white crystals are. Here we will discuss just how dangerous sugar is.

Remember when dietary fat was demonized and “experts” told us it would give us heart disease and cancer and kill us all? It didn’t take long for “food” manufacturers to capitalize on that information. Seemingly overnight, supermarkets were filled with non-fat and low-fat products: cookies, crackers, snack foods, cake, cheese, ice cream – you name it, there is a fat-free or low-fat version available.
For many, the assumption was that calories and carbohydrate content no longer mattered. As long as a food was low-fat or fat-free, it was fair game, and we indulged.

Those of us who fell for the trend are paying for it now. Dearly.
That’s because in order to make reduced-fat and fat-less foods taste good, sugar was added. Lots and lots of sugar.
The low-fat/fat-free diet became the high sugar diet.
The food industry – aided and abetted by politicians and lobbyists – has undermined (to say the least) the American diet for decades. Without bribery partnerships between corporations and politicians, after all, who else would make the outrageous claims that ketchup and pizza are “vegetables”?

In 2014, Dr. Robert Lustig, pediatric endocrinologist and expert on sugar and obesity, told Time that since the low-fat/no-fat craze began, we’ve suffered some serious ramifications:
Since then, childhood obesity rates have increased from 5% to 30%, children developed type 2 diabetes (never seen before) and doctors discovered a new entity, non-alcoholic fatty liver disease, now prevalent in one-seventh of all American children. At the same time, academic test scores fell, behavior problems and the need for medication increased, and spending on health care rose from 9.0% of our GDP in 1980 to 17.2% today. More people are shuttled through the medical system every day, and 75% percent of healthcare dollars are spent on preventable diseases that are either caused by or related to sugar consumption.

Dr. Lustig added: “If we don’t acknowledge and aggressively address the inherent connection between ‘all dessert, all the time’ and the medical, social and economic devolution we currently face, America will find itself fat, stupid, and broke.”
Last year (2017), Dr. Lustig and his colleagues published the results of a study they conducted on 43 children ranging in age from 8 to 18. First, the researchers collected detailed food questionnaires from each of the adolescents to get an idea of the average amount of calories they ate per day. Then they designed a special menu for each of them for nine days that matched the total numbers of calories they would normally eat. The only difference in the nine-day diet was that most of the sugar the children ate was replaced by starch – the overall number of calories remained the same.

The children weighed themselves daily, and if they were losing weight, they were told to eat more of the provided food in order to keep their weight the same throughout the study. Their total dietary sugar was reduced to 10% of their daily calories. The results? “Everything got better”, said Lustig.
Some of the children went from being insulin resistant (a precursor to developing diabetes in which the body’s insulin levels can no longer keep up with the pace of breaking down sugar that is being consumed), to insulin sensitive (that’s an improvement).

The children’s fasting blood sugar levels dropped by 53%, along with the amount of insulin their bodies produced since insulin is normally needed to break down carbohydrates and sugars. Their triglyceride and LDL levels also declined and, most importantly, they showed less fat in their liver. These improvements occurred in children whether or not they lost weight.
Dr. Lustig said the improvements happened even though the children were not given ideal diets for the study. Starches were given instead of more healthful options for a reason – he wanted to prove the point that even with a less than optimal diet, the removal of most sugars still resulted in significant improvements in health measures.
The doctor’s study adds to accumulating evidence that sugar is damaging to health.

Here’s an overview of what research has discovered so far.

Sugar is a real heart-breaker… 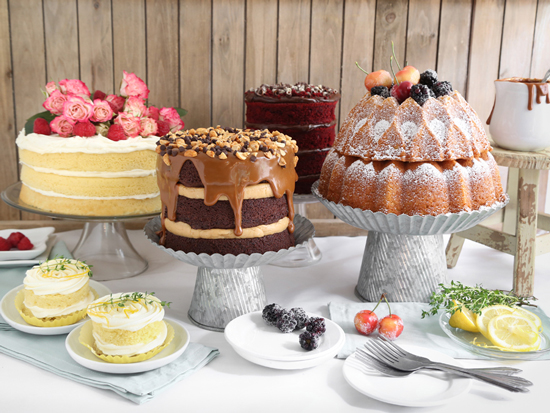 Consuming a diet high in sugar has been shown to cause numerous abnormalities found in patients with coronary heart disease (CHD), such as high total cholesterol, triglycerides, LDL, oxidized LDL, uric acid, insulin resistance and abnormal glucose tolerance, low HDL, and altered platelet function. These changes can occur within just a few weeks of high sugar consumption. It doesn’t take long for damaging effects to begin.

Added fructose – generally in the form of sucrose (table sugar) or high fructose corn syrup (HFCS) in processed foods and beverages is especially harmful. Consuming these sugars can lead to resistance in leptin, which is a key hormone in the maintenance of normal body weight. The overconsumption of added fructose increases the risk for obesity, which is also a risk factor for CHD.
More than one study has shown a link between high sugar consumption and high blood pressure.

Sugar can damage your liver and kidneys, too

Excess fructose significantly increases the risk for non-alcoholic fatty liver disease (NAFLD) – the most common liver disease in the US and a strong independent risk factor for CHD. The association between NAFLD and CHD is stronger than the link between CHD and smoking, hypertension, diabetes, male gender, high cholesterol, or metabolic syndrome.

Right now, you might be wondering how sugar causes fat to build up in the liver and arteries. Here’s an explanation. When there is more fructose in your body than it can use for energy, it stores the excess by converting it into fatty acids, which are then packaged into small fat molecules called triglycerides. Some of those fat globules enter your bloodstream and can line your arteries… increasing your risk of a heart attack. Other triglycerides build up in your liver and can lead to NAFLD.

NAFLD often has no symptoms, but it can cause fatigue, jaundice, swelling in the legs and abdomen, mental confusion, and more. If left untreated, it can cause your liver to swell, which is called non-alcoholic steatohepatitis (NASH). It can also contribute to cirrhosis, liver failure, and liver cancer.
Overweight and obese people aren’t the only ones who can develop NAFLD – it is seen in thin people too. In fact, doctors have coined the term “TOFI” (“thin on the outside, fat on the inside”) to describe such cases.
Some findings suggest that sugar consumption – particularly in the form of sugary drinks – may cause kidney disease. Diabetes is also a major risk factor for kidney disease.

Diabetes, cancer, and aging are linked with high consumption as well…

A diet high in sugar has also been found to promote prediabetes and diabetes. And people with both of these conditions have a much greater risk for CHD compared to normal healthy patients, particularly a severe narrowing of the left main coronary artery.

The amount of fat in the liver is associated with insulin resistance (a condition in which the body produces insulin but doesn’t use it effectively) and plays a role in Type 2 diabetes – whether or not a person is obese.
High amounts of dietary sugar in the typical western diet may increase the risk of breast cancer and metastasis to the lungs.

Added sugar can make tumors grow faster.
Sugary beverages may have been responsible for 133,000 deaths from diabetes, 45,000 from cardiovascular disease, and 6,450 from cancer.
Regular consumption of sugary drinks has been associated with the onset of type 2 diabetes independent of obesity.
Drinking sugar-sweetened beverages every day is associated with an increase in visceral fat, a particularly nasty type of body fat that has been linked with diabetes, heart disease risk, and a multitude of other health issues.

Studies have found a relationship between sugar consumption and the aging of our cells. Aging of the cells can be the cause of things as simple as skin aging to conditions as serious as chronic disease. But even more alarming is the evidence that sugar may affect the aging of the brain: it has been linked to deficiencies in memory and overall cognitive health.

The only ones benefiting from your high sugar consumption are the sugar and processed food industries. Think you can rely on your government to provide you with accurate information about the dangers of sugar? That’s not going to happen – Big Sugar is a large, powerful, and wealthy industry that has been using Big Tobacco-style tactics to influence policy and ensure that government agencies dismiss troubling health claims against their product for decades.