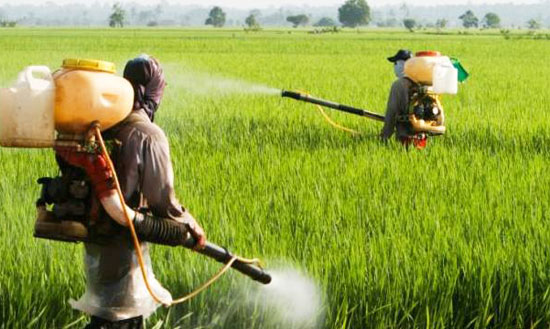 A groundbreaking study in China has found a link between the use of pesticides and early onset puberty in children.
According to researchers at the Zhejiang University in Hangzhou, environmental exposure to common pesticides speeds up the onset of puberty in boys.

For the study, researchers examined 463 Chinese boys ages nine to 16 years, and found that each 10% increase in 3-PBA was tied to a 4% increase in the levels of luteinizing hormones and follicle-stimulating hormones in participants. Both hormones are responsible for stimulating testosterone production in males. According to the study, higher urinary 3-PBA levels increased the odds of early puberty by 73 to 110%.

“We recognize pyrethroids as a new environmental contributor to the observed trend toward earlier sexual maturity in boys. This is the first study to provide evidence that environmental exposure to pyrethroids is associated with measurable effects on male pubertal development. Given the growing use of pyrethroid insecticides, we must prudently assess these chemicals for their risks to children’s health”, said Dr. Jing Liu, the study’s lead researcher.

Early puberty onset was associated with a host of adverse health conditions in adulthood such as certain types of cancer, diabetes, heart disease and behavioral illnesses.
The findings were presented at the Endocrine Society’s 99th annual meeting in Orlando, Florida.

Early onset puberty was associated with a plethora of illnesses in a 2015 study. Researchers from the MRC Epidemiology Unit at the University of Cambridge pooled data from the U.K. Biobank and found that early puberty in both boys and girls may raise the odds of various diseases such as type-2 diabetes and heart disease. Early puberty was also associated with an increased risk of other adverse medical conditions such as irritable bowel syndrome, arthritis, glaucoma, and psoriasis. The condition was also tied to elevated risk of depression in both men and women, and premature menopause in women.

Furthermore, researchers found that participants who had the earliest onset of puberty had higher odds of developing diseases later in life compared with those who had later onsets. These participants were also at a 50% increased risk of heart disease, type-2 diabetes, and poor overall health.

“Up until now, the link between early puberty and risk of disease has been blamed on weight and obesity, but our findings suggest that men and women of a normal weight who go through puberty relatively early or late may also carry these risks. Though a study of this kind cannot distinguish between cause and effect, other evidence does point to a causal link between puberty and certain diseases, such as type-2 diabetes” said lead author Dr. Felix Day.

“We are continuing to work to understand how puberty timing impacts later health and how this information may be used alongside efforts to support healthy lifestyle changes and prevent disease. It is important to note that the increase in disease risk attributable to puberty timing is still relatively modest and represents one of many factors that contribute to the overall risk of developing disease” said senior investigator Dr. John Perry.

The findings were published in the journal Scientific Reports.