A new study explains for the first time how nanoparticles like those in diesel exhaust fumes cause heart disease by lodging in inflamed blood vessels. The study, published as the UK government was ordered before the High Court to justify its refusal to publish plans to tackle illegal air pollution which afflicts 38 million people, also raises wider fears about engineered nanoparticles in the environment. 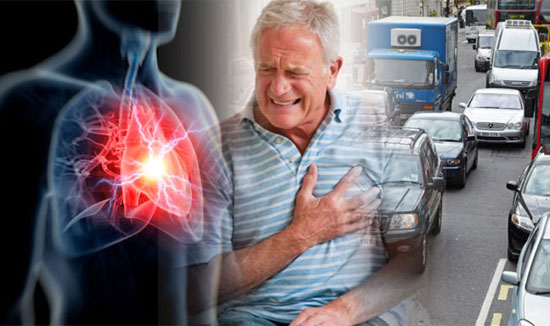 Inhaled nanoparticles – like those released from vehicle exhausts, in particular from diesel vehicles – can work their way through the lungs and into the bloodstream, raising the risk of heart attack and stroke. The findings, published in the journal ACS Nano based on research part-funded by the British Heart Foundation, build on previous studies that have found tiny particles in air pollution are associated with an increased risk of cardiovascular disease, although the cause remains unproven.

However, this research shows for the first time that inhaled nanoparticles can gain access to the blood in healthy individuals and people at risk of stroke. Most worryingly, these nanoparticles tend to build-up in diseased blood vessels where they could worsen coronary heart disease – the cause of a heart attack, state the authors: “Translocation of inhaled nanoparticles into the systemic circulation and accumulation at sites of vascular inflammation provides a direct mechanism that can explain the link between environmental nanoparticles and cardiovascular disease”.

Dr Mark Miller, Senior Research Scientist at the University of Edinburgh who led the study, said: “It is striking that particles in the air we breathe can get into our blood where they can be carried to different organs of the body. Only a very small proportion of inhaled particles will do this, however, if reactive particles like those in air pollution then reach susceptible areas of the body then even this small number of particles might have serious consequences.”

The news of the link between air pollution and heart disease has been released in April 2017, just as the UK government had been ordered back to the High Court in London to explain its refusal to publish its long-overdue Air Pollution Strategy. The coincidence can only be embarrassing to ministers.

Following legal action by non-profit environmental lawyers ClientEarth, the court had ordered the government to publish the document by 4pm on Monday, April 24. But on Friday, April 21 – after the court closed, and less than one working day before the judge-imposed deadline – government lawyers applied to defer publication citing “pre-election proprietary rules”. Astonishingly, ministers claimed that it would be unfair on opposition parties to reveal their plans now, and that publication claiming must therefore be delayed until after the general election. The original plans had been dismissed by judges as so poor and ineffective as to be unlawful. 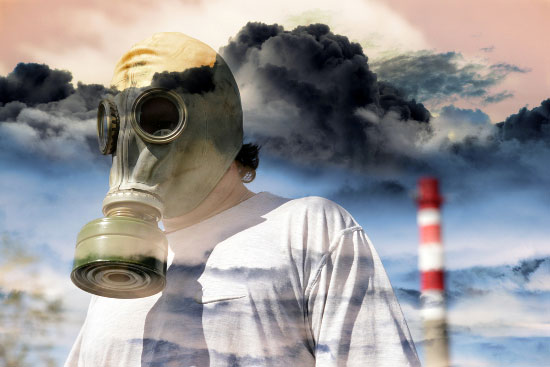 James Thornton, CEO of ClientEarth, said: “This is a public health issue and not a political issue. Urgent action is required to protect people’s health from the illegal and poisonous air that we are forced to breathe in the UK. This is a matter for the court to decide once the government has made its arguments because it is the government which has not met, and instead seeks to extend the court’s deadline for the clean air plan, to clean up our air.”

The program was finally published two months later, on July 26, 2017. Why the reluctance to publish? The UK government is failing to comply with its own pollution laws, which give effect to the EU’s Air Quality Directive. A total of 37 out of 43 regions of the UK are in breach of legal limits for nitrogen dioxide. It has been suggested that the real reason for the refusal to publish its plans on time is that they may bear heavily on the owners of the diesel cars that are responsible for much of the problem in highly polluted urban areas – for example by restricting the access of diesel cars to urban areas, or forcing the early scrappage of vehicles. This could cost the government votes.

Another fear could be the enormous cost or an early scrappage scheme to taxpayers. For example, to pay £1,000 per car to compensate diesel car owners to scrap 1 million cars would cost a cool £1 billion. A more ambitious scheme to scrap 5 million vehicles with a £2,000 payment would cost £10 billion.

Alternatively the plans may be so feeble as to be little more effective as the last ones – demonstrating the government’s lack of concern for the premature deaths of tens of thousands of people every year – again, costing votes in the general election. Figures obtained by Labour back in April 2017 showed that more than 38 million people, almost 60% of the UK population, lived in areas where nitrogen dioxide concentrations were above legal limits. Children are especially vulnerable because exposure to the pollutant restricts lung growth causing long-term health problems.

How pollution reaches the heart and blood vessels

Around the world, air pollution is responsible for millions of deaths from heart attack and stroke each year. But how particles inhaled into the lungs can affect blood vessels and the heart has remained a mystery.

It is not currently possible to measure environmental nanoparticles in the blood. So, researchers from the University of Edinburgh, and the National Institute for Public Health and the Environment in the Netherlands, used a variety of specialist techniques to track the fate of harmless gold nanoparticles breathed in by volunteers. They were able to show that these nanoparticles can migrate from the lungs and into the bloodstream within 24 hours after exposure and were still detectable in the blood three months later.

By looking at surgically removed plaques from people at high risk of stroke they were also able to find that the pollution nanoparticles accumulated in the fatty plaques that grow inside blood vessels and cause heart attacks and strokes. Dr Nicholas Mills, Professor of Cardiology and a co-author of the work, said: “We have always suspected that nanoparticles in the air that we breathe could escape from the lungs and enter the body, but until now there was no proof. These findings are of wide importance for human health, and we must now focus our attention on reducing emissions and exposure to airborne nanoparticles.”

Cardiovascular disease – the main forms of which are coronary heart disease and stroke – accounts for 80% of all premature deaths from air pollution. The current findings add to a large body of evidence that inhaled particles can damage our heart and blood vessels in many different ways. Professor Jeremy Pearson, Associate Medical Director at the British Heart Foundation, which part-funded the study, said: “There is no doubt that air pollution is a killer, and this study brings us a step closer to solving the mystery of how air pollution damages our cardiovascular health. More research is needed to pin down the mechanism and consolidate the evidence, but these results emphasize that we must do more to stop people dying needlessly from heart disease caused by air pollution. Crucially, individual avoidance of polluted areas is not a solution to the problem. Government must put forward bold measures to make all areas safe and protect the population from harm.”

The paper also makes it clear that ill-health from pollution is just one of the risks of environmental nanoparticles. “These findings have immediate relevance for the nanotechnology industry where a diverse range of engineered nanomaterials is being developed for an ever-increasing number of applications”, the authors write.
“The fate of engineered nanoparticles and effect on health following exposure are largely unknown, especially in relation to the cardiovascular system. These studies use gold nanoparticles; a commonly used nanoparticle and one that is being developed for clinical therapeutics. However, the biokinetics we observe here for gold may also extend to other nanomaterials including those with greater surface reactivity.

Different classes of nanomaterials vary greatly in their ability to cause inflammation and cytotoxicity, thus it follows that there will be marked differences in their impact on health in both occupational settings and in the wider community exposed to nanomaterials. While data is still relatively sparse, a number of studies suggest that pulmonary exposure to a range of different inhaled nanoparticles may promote cardiovascular disease. A better understanding of how nanomaterials cross physiological barriers, and their fate thereafter, will be vital to allow for a safe-by-design approach for new nanomaterials.”

The Sinister Agenda behind the Washington War on Cash