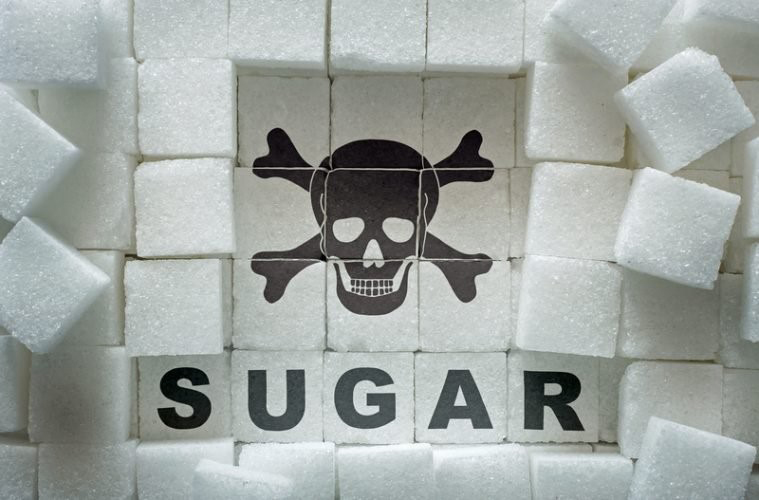 It has become increasingly common knowledge in recent years that sugar wreaks havoc on our health, leading to such prevalent and serious ailments as obesity, type 2 diabetes, heart disease, and even cancer. We are eating more sugar now than ever before, as almost all processed foods are laced with some form of the sweet poison. While once we believed fat to be the culprit for our expanding waistlines, that theory has been proven incorrect, and the obesity epidemic has only worsened since food manufacturers began replacing fat with sugar in all our favorite products.

Fortunately, the damage caused by sugar can be easily prevented and even reversed. While most diets tend to take months to show results, cutting back sugar consumption can show immediate, positive effects on overall health. In a recent study targeted on children, researchers were able to see dramatic improvements in just 10 days.

Dr. Robert Lustig and his team of researchers from the University of California, San Francisco, were able to decrease triglyceride levels by 33 points on average, and the LDL (bad) cholesterol dropped 5 points and as well as the diastolic blood pressure. In only 10 days, all of the children who participated in the study drastically reduced their risk of type 2 diabetes.
While they only tested children, the overwhelmingly positive results suggest similar benefits for adults.

It is important to know that not all calories are created equally. 100 calories of sugar is not the same as 100 calories of spinach. Unfortunately this is not what big-time food companies would like you to believe, as they spend millions of dollars on advertising their “low-calorie” food products with the insane idea that this means they represent a healthy choice. In fact, we shouldn’t necessarily even be focusing on counting calories; we should be focusing on the ingredients in our food. While sugar may be advertised as “fat free”, this is a just a clever marketing ploy, because although sugar itself contains no fat, it becomes stored as fat within the system, especially if you are ingesting more than your liver can process at a time, which is very little.

For an average 2,000 calorie a day diet the Heart and Stroke Foundation recommends that no more than 10% of the calories we consume come from added sugars, which is about 12 grams; to put this into perspective, one can of soda is about 85% of that. Truthfully, we do not need any added sugar in our diet, as it provides absolutely no nutritional value to the body. The naturally occurring sugars in whole foods are the only ones we need. But as mentioned above, sugar is added to virtually all processed foods so it can be difficult to avoid; nevertheless, if you read ingredient labels diligently, it can be done. Added sugars come in many disguises, so look out for its various names, including: glucose/fructose, high fructose corn syrup, corn syrup, sucrose, maltose, dextrose, beet sugar, glucose solids, cane sugar, dehydrated cane juice, dextrin, and maltodextrin, among others. A great way to avoid sugar is to just quit buying processed packaged foods and opt for whole, fresh foods instead.

How to Quit and Detox From Sugar

You may or may not realize it, but sugar is actually highly addictive. Have you ever tried to go without it? Then you may realize the power it has over you. In fact, some studies have shown that sugar is as addictive as hard drugs, and some are even saying that sugar actually is a drug! It triggers the same centers of your brain as drugs like cocaine or heroin do. Whether you are addicted or not, chances are you could do with less of it in your diet.