Scientists have discovered that a simple model used to describe the formation of an exotic type of quantum particle, an Efimov molecule, is actually wrong thus flipping ten years of experimental data on its head.

The result of the study were reported in Nature Physics and came as a complete surprise to the researchers and has implications for our fundamental understanding of how molecules appeared in the early universe.

“I have to say that I am surprised,ˮ said Cheng Chin, research leader from the University of Chicago. “This was an experiment where I did not anticipate the result before we got the data.ˮ 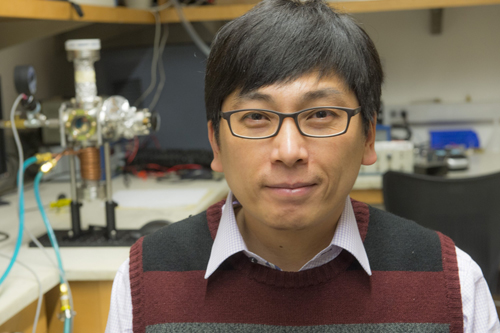 Efimov molecules are quantum objects formed when three particles bind together because the two-particle version of the system is forbidden. These types of molecules are held together by quantum forces and not chemical bonds like we see in everyday molecules such as H2O.

Until now, the long-standing theory was that the size of an Efimov molecule was related to the size of the particles that it is made of, physicists call this property ‘universality’.

“This hypothesis has been checked and rechecked multiple times in the past 10 years, and almost all the experiments suggested that this is indeed the case,ˮ Chin said, “But some theorists say the real world is more complicated than this simple formula. There should be some other factors that will break this universality.ˮ

The discovery was only made possible by perfecting a super sensitive technique developed in Chin’s research lab over many years. The sensitive experiments needed to be conducted at temperatures 50 billionths of a degree above absolute zero and in a strong magnetic field, used to control the interaction between the particles.

The Efimov molecules only form when the magnetic field strength is in a particular, narrow range. By analysing the precise conditions in which formation occurs, the scientists were able to work out the size of the molecules and test the universality theory. 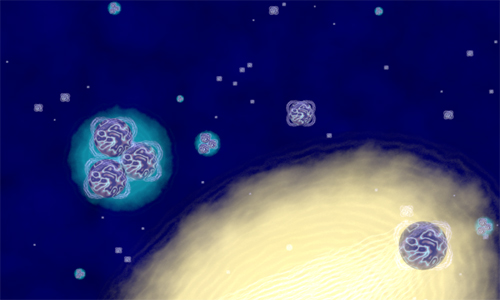 The reality of controlling the particles so precisely was a massive challenge for the group. Even heat generated by an electric current, used to create the magnetic field, was enough to change the field, making it hard to reproduce experiments.

The technique needed to be adjusted so the instrument didn’t affect the measurement. Finding a new way to stabilise the magnetic field was the key to making reproducible measurements.

In a stroke of genius, one of the research team, Jacob Johansen, developed a new way to probe the field using microwave electronics and the atoms themselves, allowing the field to be controlled with amazing accuracy.

“Johansen can control the field with such high accuracy and perform very precise measurements on the size of these Efimov molecules and for the first time the data really confirm that there is a significant deviation of the universality,ˮ Chin said.

The findings of this study have wide reaching implications. They will help scientists understand why normal materials have a diverse range of properties that could not have arisen if their quantum behaviour was the same. Understanding the three-body Efimov system puts scientists in the sweet spot of where universal material behaviour disappears.

“Any quantum system made with three or more particles is a very, very difficult problem,ˮ Chin said. “Only recently do we really have the capability to test the theory and understand the nature of such molecules. This will be a building block for understanding more complex material.ˮ