Surprising study shows that couples who share this have more (& better!) amorous fusions

We may be constantly bombarded with ads for pricey products and pills claiming to enhance our amorous lives, but scientists suggest that a variety of simple little household tasks and routines can be effective in unlocking better and more frequent lovemaking for you and your partner. 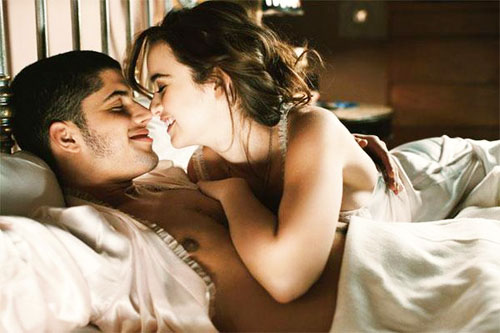 That’s right: You can spend more time between the sheets by paying attention to how those sheets are cleaned, folded, and put away.

The study’s authors have a theory why dusting and lusting might be linked.
“A division of household labor perceived to be fair ensures that partners feel respected while carrying out the tasks of daily life. … Completing housework may or may not be enjoyable, but knowing that a partner is pulling his weight prevents anger and bitterness, creating more fertile ground in which a (satisfying) amorous encounter may occur,” says study author Matt Johnson, a professor in the human ecology department at the University of Alberta.

These findings corroborate evidence from a 2014 study published in Sex Roles Magazine. Researchers looked at 220 newlywed American couples and not only found similar results, but also suggested that discussing, setting, and meeting goals for sharing household chores are key elements in maintaining a happy marriage.

A study of more than 2,000 Brits done by entertainment brand Mecca revealed that on the list of “top 10 turn-ons” for women and men, clean bed sheets came in second place for both (after “losing weight” and “a night out with the boys”, respectively).

The jury’s out on exactly why this is true. Humans shed about 30,000 to 40,000 skin cells per hour, and exude lots of bacteria and mite-friendly oils, so clean sheets may be linked to peace of mind. Studies done by the National Sleep Foundation also show that clean sheets encourage earlier bedtimes and better sleep – both of which are conducive to making more time for an amorous fusion.