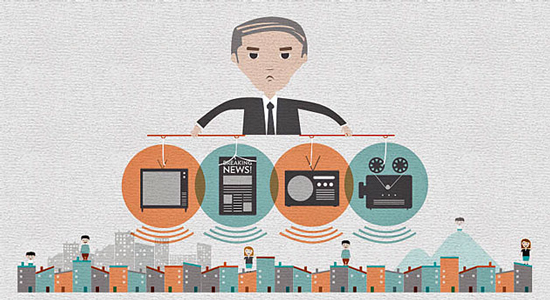 The majority of America’s mainline media is owned and controlled by mere six corporations, but few in the U.S. and around the world are aware of this…

Unless you go out of your way to seek truthful news from reputable sources, chances are you – like the majority of the populace – are fed regurgitated current events received from a small pool of corporate sources. Indeed, the majority of popular news channels – including FOX, CNN, and ABC – are owned by just six companies which more often than not deliver propaganda, social programming and perpetuate crisis narratives to the public.

The main conglomerates are General Electric, News Corp., Disney, Viacom, Time Warner and CBS, and each has their own shady history… Like Vic Bishop of Waking Times points out, the corporations have the power to influence the public’s mind with subliminal messaging, so-called “reality” television, and bombardment of negative happenings. And if you tune into mainstream media often, that’s the gist of what’s usually offered.

Rather than promote ideals of unity, sustainable activities, conscious relations, creative endeavors, and people overcoming strife without the government’s assistance, the complete opposite is usually portrayed. It would seem as if the populace is being dumbed down by media that presents repetitive drama, the hyper-sexualization of youth, and the glorification of government surveillance and war activities.

This is a big deal, considering that the media people consume largely affects their mentality, purchasing habits, and apathy toward what is taking place in the world. This and more is presented in the infographic below, which was created by FrugalDad.com in 2011. 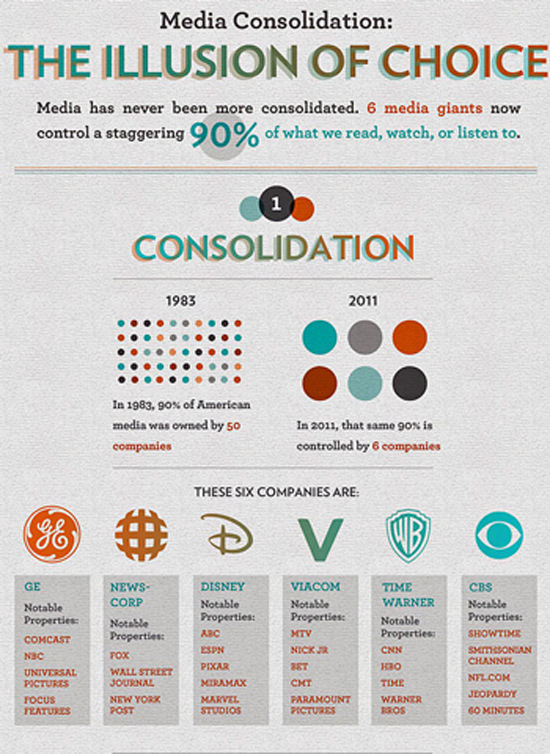 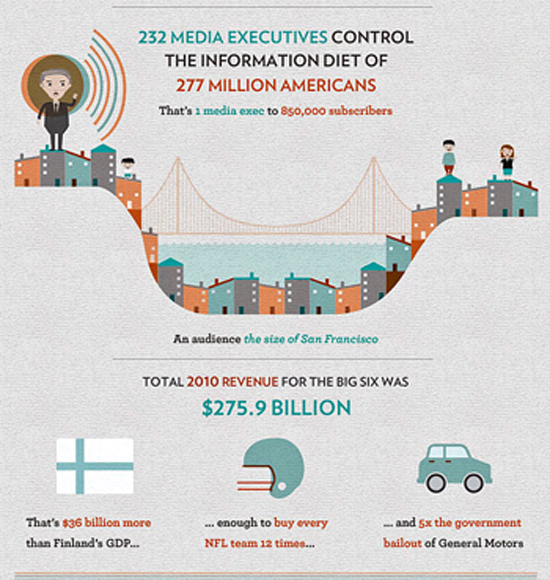 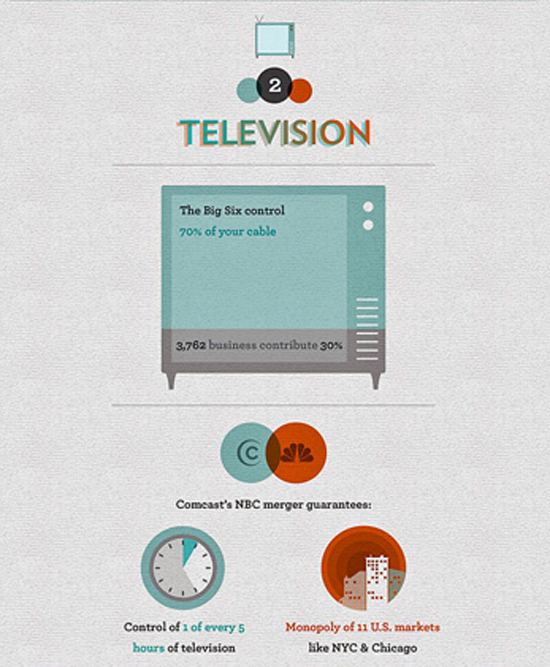 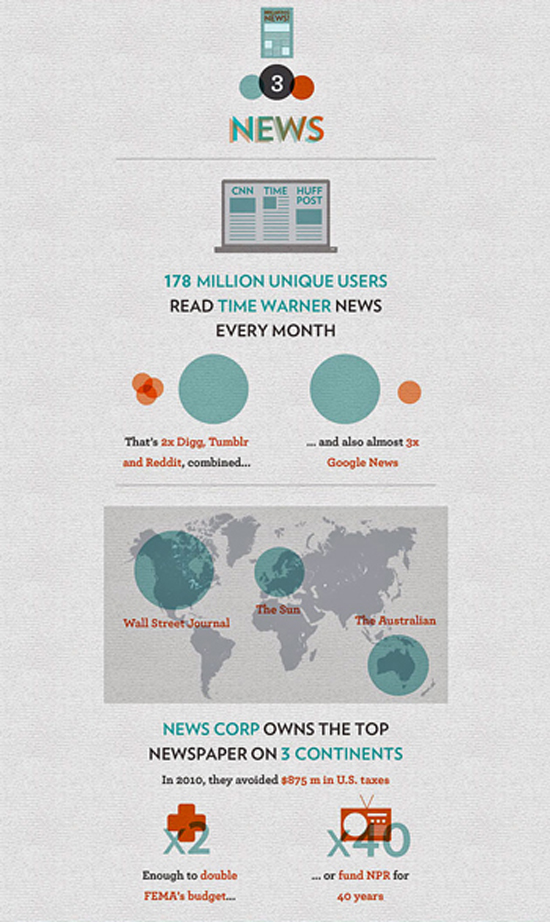 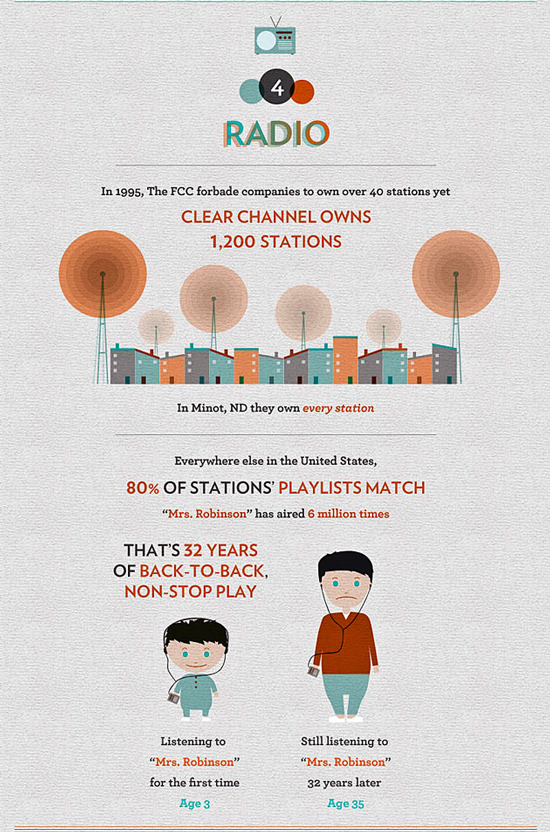 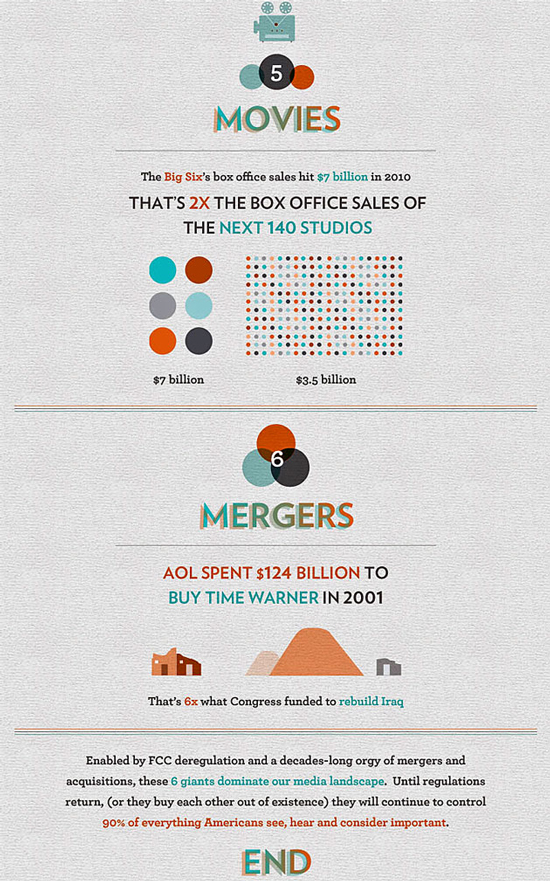 As Business Insider notes, a lot has changed since the guide was initially shared with the public. For example, GE does not own NBC (or Comcast or any media) anymore and the 6th company is now Comcast. Additionally, Time Warner doesn’t own AOL, so Huffington Post isn’t affiliated with them. Though some facts have changed, the infographic offers some important insight on what can be deemed the “illusion of choice”.

In Wake of UK Terror Attacks, Government Ready To Seize Control Of Internet

Surprising study shows that couples who share this have more (& better!) amorous fusions