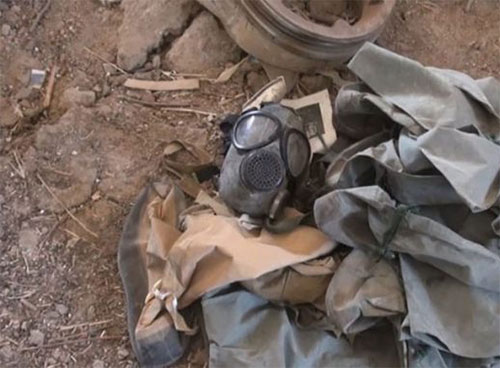 The Syrian army has uncovered a US-backed rebel chemical weapons factory in Eastern Ghouta, which was likely used to store materials in April 7 so-called chemical attack.

According to an official statement, photographs and a video released by the Syrian army, the US-backed rebel factory contains chemicals, gas masks, and chemical-ready bombs and containers – precisely the same materials the US has accused the Syrian government of using on their own people.

The factory was discovered during clear up operations carried out by the Syrian army in the towns cleared of the “moderate” rebels in Eastern Ghouta, and the “large lab for making toxic materials and workshop for manufacturing shells” was located in the Aftris area, the statement said.

The lab, which was abandoned by the US-backed terrorists was “equipped to make various types of toxic substances, and has all the necessary equipment for making powders used in making prohibited weapons” according to the statement.
Items recovered included chlorine and protective gear, as well as ampoules used for mixing and special containers.

In addition, a large workshop for making shells of various sizes was also found in Aftris, which was used to make 60mm, 80mm, and 180mm shells, in addition to rocket launcher platforms, a 37mm artillery piece, a number of IEDs, and assorted ammunition. 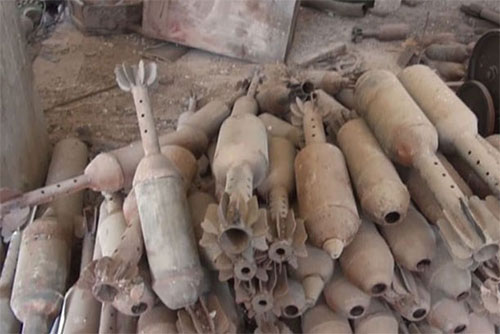 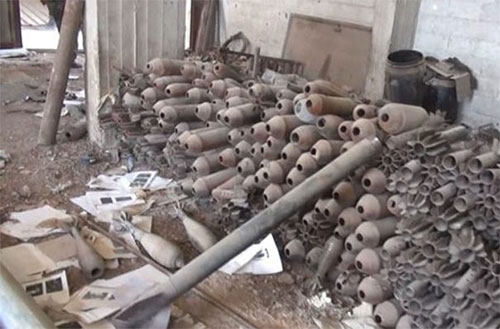 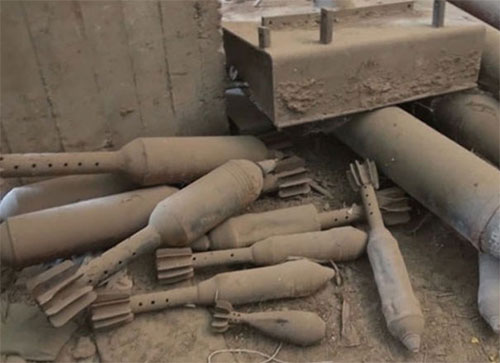 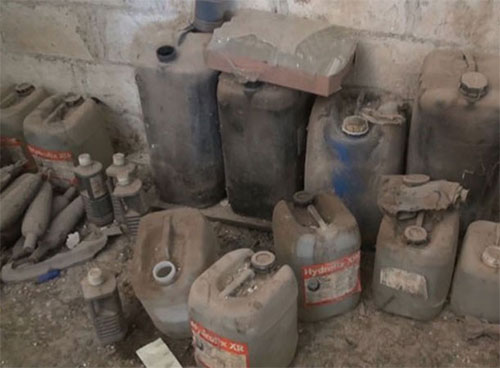 Meanwhile, Anatoly Antonov, Russia’s Ambassador to the United States, has announced that the military strikes against Syria “will not be left without consequences”.

In a statement, Antonov said that the “worst apprehensions have come true. Our warnings have been left unheard. A pre-designed scenario is being implemented.
Again, we are being threatened. We warned that such actions will not be left without consequences. All responsibility for them rests with Washington, London and Paris.
The U.S. – the possessor of the biggest arsenal of chemical weapons – has no moral right to blame other countries.”