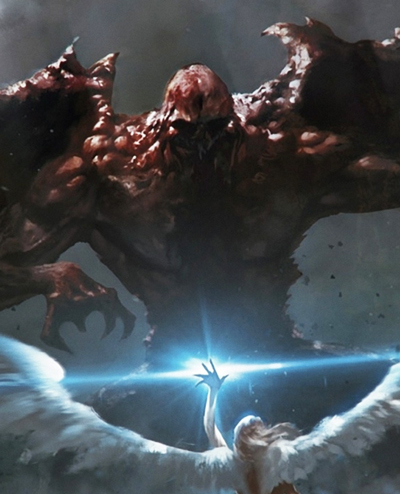 3. You can rarely succeed in fighting them in the dark – as that is their territory and there are a million directions from which an attack can come invisibly from the dark. But if you drag them into the light by making their tactics visible to everyone, they whither, flee, or in rare cases go bonkers and thus reveal themselves fully.
They play dirty, exploiting loopholes and cheating to win, as the ends justify the means for them.

For example, winning a debate usually consists of successfully arguing the logic of one’s case. But there is another way of winning: wear down and overwhelm your opponent. This they do by leveling loaded questions and accusations against you faster than you can respond.

If you don’t respond, they claim a win. If you do respond, they ignore what you say and immediately throw you another accusation or question, and thus they eventually win when you slip up or give up.
The best you can do in that case is see if the fight is really worth fighting, and extracting yourself if it isn’t… often the truth speaks for itself, and you have no obligation to explain yourself to the ignorant who purposely avert their eyes away from the truth.

4. Watch your emotional energy output – emotions are energy that open doors into other realms. Normally, emotions help you expand your range of action and thus enter new states of being and levels of experience and learning, but your negative emotion and misdirected thoughts can equally be used by malefic forces to open doors into your realm.
Or to look at it another way, if they cannot directly reach you, they can still taunt you into exposing yourself where they can reach, then hit hard what you reveal. Although negative emotions are helpful sometimes in alarming you to present danger, be wary of indulging in them beyond their initial use as alarms.

Also, watch out for interacting with clearly harmful individuals who seem preoccupied with demanding your time and energy – some are decoys sent to milk you of energy, which can then be used to breach your realm (hack your reality) as stated, leading to more severe attacks than was possible before.
Also beware of implanted paranoia that cuts you off from potentially fruitful networking opportunities. As you can see, balance is the key – there’s no substitute for discernment.

5. Know that attacks happen on multiple fronts, meaning inside you and outside you simultaneously – your mood can be artificially depressed by malevolent forces using technology or pure psychic attack, and these can be coupled with external attacks exploiting the external weaknesses mentioned earlier.

Your judgment may be detrimentally affected while external conditions are set up to test your judgment and lure you into making unwise decisions.
Therefore, when in a negative state of mind, refrain from making important decisions and instead have faith in your sober self, waiting until you sober up before making a decision.

But if the situation is urgent, you can center yourself mentally, concentrate upon a happy thought or feeling, and through sheer willpower sober yourself up – then you have the clarity of mind and heart to carry on wisely.
Whatever your negative emotion is, just meditate upon its diametric opposite – this establishes an internal feedback cycle that over the span of a couple minutes brings you to it.

6. Employ your intuition and nonphysical guidance – pay attention to that sublte intuitive voice that has always warned you in the past of danger or unwise moves on your part: it is your Higher Self pursuing to communicate with you through your subconscious.
If what it conveys matches all the evidence you see, or if nothing you see contradicts what it advises, then you better take it seriously. Your intuition and logic are the most trustworthy aides you have.

Waking reality is no different from a dream except that it is shared. Just as nightly dreams contain meaningful symbols, so can waking reality contain them. If you pay attention, you will see signs in your environment correlating with hyperdimensional attacks, either as a warning by your subconscious or as a simple byproduct of the attack itself. 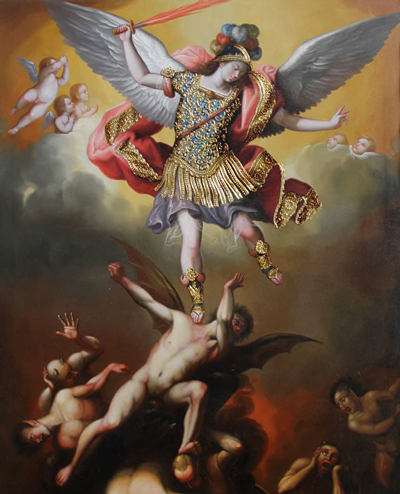 An odd but significant form of guidance is the phenomenon of intermittent ear ringing – not tinnitus, which is constant and due to nerve damage, but rather the sporadic type. Ear ringing is generated by your nervous system as an internal audible signal either warning you of psychic intrusion or alerting you to an important thought.

The pitch, duration, volume, and apparent location (left, right, both ears, above, below, etc…) communicate different things, and only by observing and correlating them with concurrent events and thoughts can you figure out what each type means.
In my case, generally speaking, left ear ringing indicates monitoring by hyperdimensional sources prior to an attack or abduction – while right ear ringing confirm the importance of some thought I was just having. Either way, they signal “Be alert, pay attention”.

7. Call upon help from Godly sources – such as your Higher Self, or God, or Jesus, or whomever you understand to be representative of the Godly will. The help you receive will be in the form of knowledge and strength, and occasionally in the form of direct squelching of the attackers if the fight is otherwise terribly unbalanced against you.

They can’t always help you directly, but they can help you help yourself in ways you may not be aware of at the time. In your current form, you are very limited in what you can do yourself physically.
You are like the pinky of a hand, barely able to flick a fly – but you can flick on the powerful bug zapper; likewise, you can choose to align with and receive assistance from higher Godly laws and principles who command far greater power than you could muster via strategy and personal willpower. Have gratitude for their assistance.

8. You cannot win by taking the choices your adversaries give you – always look for the third option, the way of skipping, skirting, or circumventing the rules they try to foist upon you. This is known as the “third man” theme. The best way to win a game is to stop playing by its rules.
Their games are customized to fit what they know about how you react, so stop reacting and alter your methods as fits the situation on the basis of what seems like the smartest thing to do.

By gauging your method upon their approach, you are always one step ahead. But generally, it’s wise to not even play their games, so watch out for falling into their ambush: stay centered in your territory where the light shines. The best way to do this is through daily consistent spiritual practice.

Lastly, here is a summary of guidelines to keep in mind when slandered or challenged:

a) Acknowledge any truth in the criticism – this ensures that you don’t become delusional by becoming ignorant of potentially constructive criticism.

b) Remain non-judgmental, observant, impeccable, and calm – this keeps your emotional frequency elevated and stable, ensures that you don’t overreact, and helps you focus on resolving the situation with finesse.

c) If necessary, reveal only the universal truth in the situation – this helps you avoid becoming distracted by trivial facts, such as he-said/she-said drama that is plentiful but worthless for you and others to invest time and energy.
The universal truth consists of that which can be applied again elsewhere to help you or another make better choices. Arguing over petty facts and issues is a trap, quicksand that can quickly suck you in while making you believe you’re defending the truth – instead, you’re defending your ego and personality.

e) Never attack or defend ego, for that puts you dangerously upon their turf – this is a big one. Anything done out of ego, for the benefit of ego, or in defense of the ego will always come back to bite you.
So always act for the highest good and noblest of reasons, unless you want to learn the lesson of their necessity the hard way. Anytime you’re dealing with an attack and applaud yourself for being so fiendish, look again as you may be unwittingly setting up your own booby trap to trip in the future.

f) The battle is waged for the undecided who deserve an informed choice, not the permanently ignorant – in other words, when involved in an argument or defending against a slanderous attack, you can’t convince those who have chosen to ignore, and you have no need to fight for those who already see the situation for what it is.
Thus, all your arguing, defending, etc… are only for the benefit of those who have yet to choose, who are open to the truth, and who may benefit from learning. If there are none of these (as time goes on, there will be less and less of them as the facts become more than obvious), then there is no point wasting your energy defending yourself.
Therefore, know what you’re fighting for, and if it’s nothing worth fighting for, then don’t fight.

g) You cannot and should not override freewill, but you can help people use it – you cannot reverse people’s choices, but you can help them make more informed ones. This means your energy isn’t spent preaching, but rather sharing what you see and know so that those who have yet to choose can use it for their betterment.

h) To avoid defeat by distraction or avoidance, never abandon your principles or give up progress for the sake of defense – as explained before, the counterpart to sabotage is distraction, and you are the only one responsible for succumbing to distraction.
Deal with attacks as quickly and efficiently as possible, then get on with your life and don’t dwell on the past. Don’t hold regrets or grudges or dig up the dead, and don’t succumb to those individuals who try to open your wounds.

Knowledge protects, ignorance endangers.
Always use love: kind love for the kind, tough love for the tough.
Follow the compass, and watch where you step.