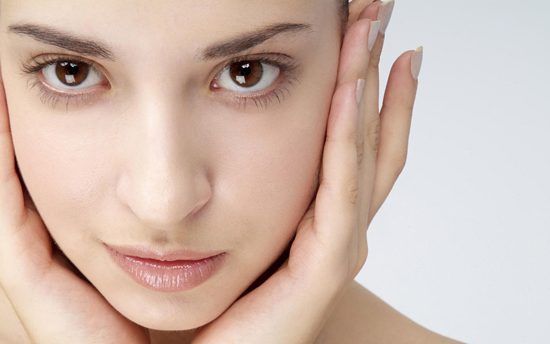 Do you take your skin and its protection for granted? Most of us do. We expect our skin to safeguard us from invaders from without and to eliminate toxins from within. It usually does this very admirably. Sometimes though, our skin needs our help.
The acid mantle on our skin helps resist microscopic critters that want to take advantage of a nice place to take residence on our skin – and then burrowing into and under our skin. But it can’t keep everything out. Such things as bacteria, viruses, and fungus just love alive, warm body. They need live places where there’s a constant source of food. That’s us!

Ringworm, athlete’s foot, jock itch. These are particularly nasty types of fungus that grow and spread on our skin. Ringworm is not a worm but grows in small rings, which turn into larger rings and keep spreading if left untreated.
These fungi are quite contagious. That’s why, for instance, you need to wear flip-flop sandals in public showers. Athlete’s Foot is a particularly tenacious fungus. It can take time to kill it off and heal the feet.

Fungus loves dark, warm, moist areas. Especially in humid climates such as in Florida, you could have bacteria and fungus growing on things in your shower, because they never really dry out. For example, someone who kept her razor in her shower eventually developed a rash under her arms. It was a fungus growing on the microscopic skin fragments left on the razor that eventually spread to the underarm area. It took a doctor visit to figure that one out.

Another woman found her toddler growing ringworm spots. Soon the whole family and a few pets were infected with their own fungus rings growing and multiplying. She found out you can hold a black light (the long kind, not the round bulb) over the skin, and the fungus will glow green. She then saw where it had all started… on a toy she had bought for the toddler at a garage sale. There was fungus all over the toy. Goes to show how nasty and pesky these fungi are and how vigilant we need to be.

Another example: a woman used a loofah sponge in her daily shower. The loofah never completely dried out between showers. She ended up with a terrible bacterial rash, which finally made her very ill with a fever. This took some detective work to figure out how she got so sick. She had to take antibiotics for the bacterial infection that resulted from these bad guys getting into her body through her skin.

How to support these rashes and infestations? You want something soothing that will tame a bad itch and inflammation from rashes or insect bites.

Arnica: The first medicinal plant to turn to for bruises, cuts, scrapes and other skin maladies, arnica has an excellent reputation for healing. To be used only externally, arnica can bring fast relief for itching, burning and aching skin.
Comfrey Root: A real champion herb, it rejuvenates blood and new skin; clears inflammation; actively promotes the growth of new cells; extremely soothing to inflamed and irritated areas.
Goldenseal: Was one of the most important medicines of Native American tribes. Used for the skin. It continues to be used successfully.
Calendula: Also known as marigold, this well-recognized herb has a known effectiveness in helping with rashes and calluses.
St. John’s Wort is known to support skin health and healing.
Wintergreen oil and Menthol are cooling and soothing to any itching or painful skin distress. Do not use on broken skin.
Cayenne Pepper and Ginger Root can raise circulation in the area to a higher level.
Beeswax creates a natural skin barrier. The Herbal First Aid Salve is held against the skin with this protective barrier.

These are just some of the stellar herbal ingredients in the Herbal First Aid Salve.
Chemicals on your skin? No thanks! Remember, your liver has to process not only everything you eat, drink, and inhale but everything you put on your skin as well. That’s everything you physically get close to. Sure, there are over-the-counter concoctions. But why would you want to put any petroleum products on your skin? Much less anything with potentially harmful chemicals? We must go natural now. With too many toxins in the environment already, it’s best to avoid putting them directly on our skin.

“I started using the Herbal Salve twice a day, sometimes more for my hands. Within 24 hours I noticed a difference. Within one week I had healing skin, the cuticles are coming back. Now my hands are well on their way to being completely healed. Thank you very much!” – D.D.M., FL.

“A friend of mine who lived in a dorm situation told me that used the Herbal Salve for the athlete’s foot that he repeatedly contracted. He said it was the best thing he’d found to control the fungus. I was happy to hear about it because I had athlete’s foot from walking around in sandals most of the year in Florida’s humid climate. The sticky flakiness between my toes was annoying and smelled bad. I am very pleased that Herbal First Aid Salve got rid of it. My feet are much more comfortable, and I don’t have that smell anymore. Thanks!” – R., FL.