The Deep State’s Control is Coming to an End

Respect for the Truth 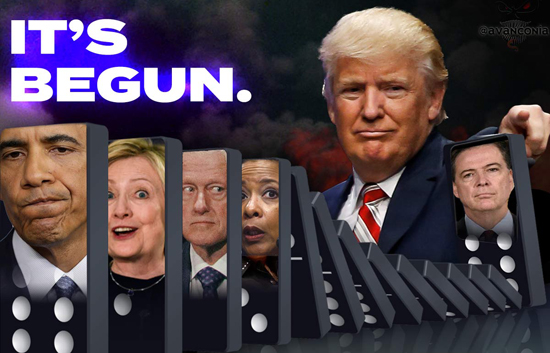 The Deep State has been losing power all over the globe, inasmuch as its Washington DC dictatorship is being threatened. Their control is swiftly coming to an end. They never expected this, so they are not prepared for it. Their lackeys in governments all over the world find themselves in deep trouble. People do not believe or trust them anymore. They have been exposed and must face the wrath of the people whom they have willingly oppressed. President Trump visited the UK, for only one reason: he intended to confront the Queen and ask her for the return of all that was stolen. The Queen surrendered, as revealed by the fact that she walked behind President Trump when inspecting the guard of honor, which have even been broadcasted on mainstream TV.

He did not want pomp and ceremony from the Queen. He has the respect of all who seek truth. It certainly was a shame that there were those in England who set out to disrespect him. They displayed their own ignorance, while they should have been wishing him every success. Politics is a dirty game. Trump is not a politician, so he is free to follow his own conscience. This is why there is such a huge effort to remove him from office. The Cabal is terrified of him because they cannot control him. Never in the history of the world has there been such an effort to remove a President from Office.

Those who are corrupt and their helpers will be removed

Be prepared and be on guard, as things now are moving forward fast. Banks are closing and this will leave many people stranded without the necessities of life. The changeover should take approximately three weeks. Those who are corrupt and their helpers will be removed as they cannot move forward. They have become part of the Cabal because of the work they have been doing for them. It made them feel important, but they will pay a very high price for it. The endless wars of the Deep State were imposed upon us without ever having clarity as to what the ultimate intentions really were, such as the demolition of ancient and modern cities, the maximisation of casualties and damages.

To foster compliance on the part of NATO and other governing bodies, domestic false flag terror attacks, even in the United States such as those that occurred on September 11, 2001, must continue. The targets, Canada, Britain, France, Germany, the Netherlands, Belgium, and Italy will be first and foremost on the list with Iran being blamed for them. Of course, such attacks are being planned right now, and the perpetrators who used to be smuggled through Kosovo into Italy and further north, are now being flown into Europe and North America as “heroes”.

The Deep State-sanctioned bullying by Israel of the inferior Palestine/Gaza and the Saudi’s airstrike against Yemeni civilian targets also continue. The global community’s attention is on another matter while America has grown numb to the fact that its own government is complicit in all of these genocidal crimes, and at times it even victimizes its own people, too.

Nevertheless, it’s still wise to keep reminding those of authority that the world has not forgotten anything at all as the Cabal is presently on the ropes and has become ruthless in its desperation to hold onto their power and control. We must pray that Trump and the Alliance are able to complete their mission from which the whole of humanity will benefit. Some of the – suppressed – technology is being released, that goes back 70 years or even longer. This suppressed technology is “new” to us, but very “old” to others in the galaxy where some of these technologies go back millions of years. 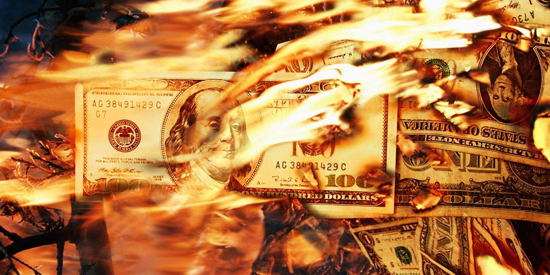 Paper money and banks will eventually disappear. Coinage will not, because money and banks are tools of the cabal to control the populace through their debt-based economy which ensures the people will never prosper.
All funds from exchange or redemption will be deposited directly into your own personal account within the QFS – Quantum Financial System – not a bank. To participate in the exchange process, all banks that exchange and redeem will only act as an agent of the QFS. They will also be a source of information about the QFS and will explain how the QFS is to be used, and they will have the necessary software package for people to gain access to the QFS system being implemented for the people to access and use their funds. There will also be a website address provided for all further explanation. The QFS will have complete control of every banking transaction once the QFS is switched on. The RV/GCR will never take place until the QFS is in complete control of all funds. Once the QFS is operational it will permanently end Deep State’s influence over the global economy! The QFS-system will not handle any fiat currency, as these are part of the corrupt old cabal system.

All currencies of the 209 countries that have signed up for GESARA must be gold or asset backed. In the end, people will not need any form of money because of the new technology and our ability to barter or mentally create/manifest what is needed. Expect to see the Galactics on national TV and prior to that, friendly global lightship shows will be on display for everyone to see.

People will join the inter stellar Alliance and will then live among other world races, trading with them such as has been in operation for decades in the SSP; Secret Space Program. Eventually, people will travel to other planets that are presently already inhabited with human or alien life.
People will be shocked to learn the extent of the Cabal’s control over us, how every aspect of our lives has been cordoned off. Even in the world of sports, where it is believed the best man/woman or team wins, it is often decided beforehand who will win. The cabal never leaves anything to chance, as they heavily bet on the winner for profit. They control virtually everything and everyone; far more than we can ever imagine.

Real transformation cannot happen until cabal governments have been ousted and replaced by people-controlled administrations. The use of chemtrails to destroy humanity and the crops people depend on for their survival must be stopped. No one should be forced to vaccinate their cherished children. Drugs that eventually kill patients should be removed from the shelves. The full extent of the Satanic ritual abuse and killings must be exposed and outlawed. Respect for all men, women and children will soon become the norm.

The times when your vote didn’t really count and your voice was insignificant will soon be over as part of the real change that is coming. This will be the face of the new world in which we, the citizens will once again decide for ourselves what is to happen. We will all have equal voices.
Let’s direct our energy, our attention and awareness towards something meaningful again – towards creating a world where everyone is liberated and treated with respect, especially the elderly and young children. All people and races should be able to live in peace and harmony, together as one!

The Galactic Alliance’s successful execution of their plans to liberate humanity will be the most extraordinary event in the history of planet Earth. Unfortunately, many among us will have no idea what is happening; they will be in for a severe shock! 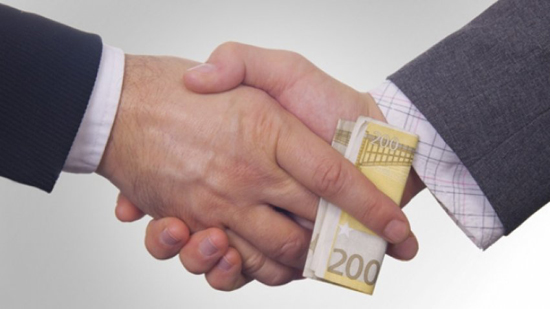 Hypocrisy and corruption are rampant in governments, their agencies, and the judicial system. Evidence is ignored, and the facts are misconstrued and twisted to suit the agenda of the controllers who have no desire to serve the People, prevent suffering, or relieve ailments.
It could be dangerous to assume that everything is black or white, and it would be wise to take each situation separately, rather than attempting to classify information or events in set parameters. Everything is connected, yes, but connecting events and facts incorrectly can throw a detrimentally fallacious light on them. Until everything is over and we are completely free, we need to remain vigilant and discerning. If we use our critical thinking skills, we can be balanced, whilst remaining open-minded and difficult to fool.

Expect many changes in the world as we know it. People would be shocked by the number of well-known elites who will soon be exposed for their heinous crimes. Huge corporations depending on the old monetary system for contracts, are expected to be going down.

The Great Awakening for Everyone

The elite have trillions of dollars at stake so they don’t want to lose control. They don’t have your well-being at heart. Trump is their existential threat. We are now at the crossroads in the history of our civilization, that will determine whether we, the people reclaim the control over our government.
The political establishment is the same group that is responsible for our disastrous economic condition; for the massive illegal immigration; for the wars and the catastrophic foreign policies. The political establishment has brought about the destruction of factories and jobs. It is the global power structure that is responsible for the economic destruction. This means that you have to wake up and start aiding those of us on the front lines of this war to keep it from reaching your doorstep.

This is the struggle for the survival of all nations and it is our last chance to save the world. We, the people – through our efforts – will determine whether we live in real liberty or enslavement.

Endgame: Disclosure and the Final Defeat of the Cabal (13)