The FBI has quietly been collecting iris scans from 434,000 people over the last three years during a “pilot program” involving multiple police departments, the Pentagon and U.S. border patrol, according to a report published on July, 12 2016 on The Verge.

The project, which was launched in September 2013, has seen the FBI collaborate with agencies in Texas, Missouri and California, according to documents obtained by the site.

In California, the counties of Los Angeles, Riverside and San Bernardino have contributed scans, with the latter’s sheriff’s department harvesting more than 200,000 scans alone. An average of 189 iris scans were collected every day at the start of 2016. 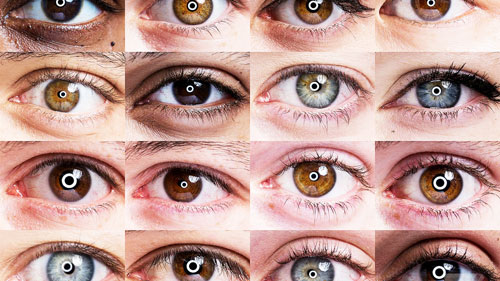 The FBI says it started what it calls the Iris Pilot in 2013 “to evaluate technology, address key challenges and develop a system capable of performing iris image recognition services”. The pilot also aims to build a criminal iris repository.

It’s a part of the FBI’s Criminal Justice Information Services (CJIS) Division’s broader Next Generation Identification (NGI) project that aims to replace mere fingerprint databases with palm prints, iris scans and facial recognition to create what it calls “the world’s largest and most efficient electronic repository of biometric and criminal history information”.

The technology jumped out of Minority Report and into the real world years ago, starting mostly at airports. Police departments in the U.S. are scanning the irises of prisoners in custody. In 2015, a long distance iris scanner that works from 40 feet away was unveiled.

However, this kind of growing database, put together under the guise of a pilot program and free from regulation, has concerned some privacy groups – includeing the American Civil Liberties Union (ACLU).

“The fact these systems have gone forward without any public debate or oversight that we’ve been able to find is very troubling,” Nicole Ozer, director of Technology and Civil Liberties Policy at the ACLU of California, said.
“Must stop runaway surveillance,” she added in a tweet.

The California program was scheduled to run for one year and then be reassessed, according to documents obtained by The Verge. However, it’s been renewed each year since 2013. Steve Fischer, Chief of Multimedia Productions at the FBI’s CJIS Division told Mashable the pilot is “estimated to continue for 2-3 additional years.”
While projects like this are usually required to submit privacy reports, an FBI rep told the Verge that the iris scan database is exempt as it was conducted with “limited participation for a limited period of time”.

In an email to Mashable, Fischer added: “The Privacy Threshold Analysis (PTA) determined that a Privacy Impact Assessment (PIA) is required, so we are in the process of drafting that now with an expected completed date (by the FBI) of the end of September 2016.”

Jeramie D. Scott, Director of the Electronic Privacy Information Centre (EPIC) Domestic Surveillance Project, insisted to Mashable that “the iris recognition database is just another example of how the FBI continues to push forward with the collection of individuals’ biometrics without proper transparency, public oversight, or accountability.”

“A privacy assessment, as required by law, should have been conducted prior to collecting nearly half a million iris scans on Americans.”

4 signs your body is too acidic and how to fix it!