The FCC Votes To Repeal & Kill Net Neutrality: A Freedom Of Speech Violation 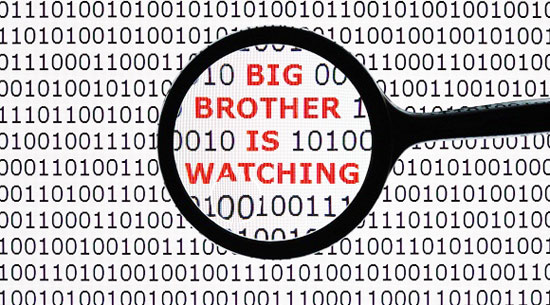 The Federal Communications Commission (FCC) voted to scrap the rules and regulations pertaining to net neutrality. Net neutrality is the idea that service providers must treat all data on the internet equally, with no discrimination or charge based on the user, website, platform, content, or method of communication.
With net neutrality in effect, internet service providers legally cannot block, slow down, or charge money for specific websites and content posted online.

With the Dec. 14, 2017 vote, the FCC has scrapped net neutrality regulations, giving internet providers the ability to legally block websites and content, among other things.
It’s interesting how this issue, despite being in the public eye for a few years now, coincides with the era of “fake news”, which has been used by the government to push the blocking of certain content they themselves deem fake, instead of allowing people to decide for themselves. They do this with help of sites like Snopes and companies like the Disney Corporation, which apparently have become the “police of fake news”.

The “fake news” saga came after a number of articles, documents and sensitive information was leaked and publicized via alternative news websites. This was information the mainstream media doesn’t often touch. It was exposing things like the existence of a global elite, political fraud, corruption in health, finance, and more.
It seems any information and evidence that counters the mainstream narrative these days is deemed as “fake news”. Many are speculating this is one main reason internet neutrality changes are moving forward.

The decision by the FCC reverses the changes made in 2015 during the Obama administration.
As with everything else, it’s become a highly political issue, and it’s entering into legal realms, with multiple Democrats set to file a lawsuit to stop the change.

So, what happens now? According to NPR: “In undoing the regulations, the FCC has reasserted one of the net neutrality requirements: that Internet providers – such as Comcast, Verizon and AT&T – disclose to their users what exactly they do to web traffic. This will essentially shift all enforcement to the Federal Trade Commission, which polices violations rather than pre-empts them through regulations.”

Broadband companies have been saying that they do not intend to block, slow down or prioritize any web traffic as a result of this repeal, arguing that it’s not in their interest to aggravate their users by messing with their Internet traffic.

Even if internet service providers claim they have no intent of blocking traffic, that’s exactly what the changes allow them to do. Like with anything, internet service providers can be strong-armed and may receive political pressure from branches of government and intelligence agencies. This was made even more evident by Edward Snowden’s NSA leaks.

There is always a story behind these political decisions, especially when it seems to be a corporate battle. AT&T, Comcast Corp, and Verizon Communications INC now have the power in their hands and will determine what content consumers can access.
They now have unlimited power to how consumers access the internet, but the new rules also force them to be completely transparent and disclose any changes to the consumers. But who knows if that will even happen or if they will be held accountable for this.

According to Reuters, “Internet service providers say they will not block or throttle legal content but may engage in paid prioritization. They argue that the largely unregulated internet functioned well in the two decades before the 2015 order.”

FCC Commissioner Jessica Rosenworcel said in a written statement that the decision gives internet providers “extraordinary new power” from the FCC. “They have the technical ability and business incentive to discriminate and manipulate your internet traffic… And now this agency gives them the legal green light to go ahead”, she wrote.

Was the Internet Ever Really Free and Equal?

Was the internet ever really free? To some extent sure it was. But it’s presented a massive problem for the global elite. Prior to the “birth” of the internet, most Westerners’ source of information came from approximately six corporations who controlled Western media. That’s it, that’s all. There were no other sources of information available to the public with regards to learning about what is happening in the world.

These corporations were exposed, as well as mainstream media. It’s now a disclosed fact that mainstream media was and is a branch of corporations and intelligence agencies. Perhaps this is why Anderson Cooper (American journalist, television personality, and author; he is the primary anchor of a famous CNN news show) interned with the CIA? Alternative, not corporate/government funded media started to generate more views than mainstream media. For example, a few years ago, Collective Evolution alternative media website had reached over 1.5 billion site hits in only four heavy years of traffic. And we’re talking about multiple websites presenting credible sources and evidence which constantly opposed the Western mainstream media narrative on issues like health and politics.

Following the 2016 presidential election in the U.S., multiple sites were deemed as “fake news” and website traffic was heavily limited. The dramatic decrease in traffic for some of the alternative media websites has been extreme.

This is why the internet is changing so much. The global elite has a long history of silencing information that threatens their interests, as well as accessing information openly and freely, especially if it threatens their “national security interests”. Because of this fact, the Freedom of Information Act was created decades ago, but even that has lost its ability to allow the public to access information.