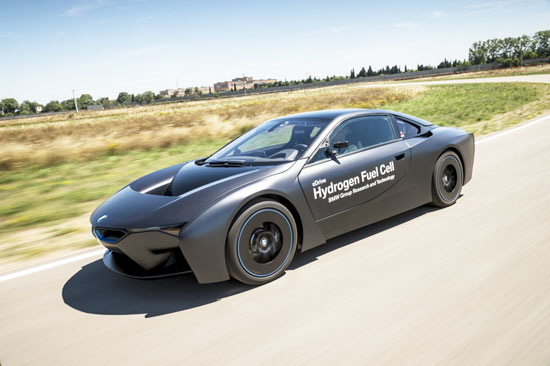 Researchers at the University of California, Los Angeles have crafted a device that can utilize solar energy to effectively and cheaply create and store energy, which could then be used to power electronic devices, and to harness hydrogen fuel for environmentally-friendly cars.

The device allows for inexpensive hydrogen vehicles because it can produce hydrogen using nickel, iron, and cobalt – elements that are much more abundant and less costly than platinum and other precious metals that are at present being used to manufacture hydrogen fuel.

“Hydrogen is a great fuel for vehicles: it is the cleanest fuel known, it’s cheap, and it puts no pollutants into the air – just water. And this could dramatically lower the cost of hydrogen cars”, said Richard Kaner, UCLA distinguished professor of chemistry and biochemistry, and of materials science and engineering, who was also the study’s senior author.

The new tech, whose details have been explored at length in the journal Energy Storage Materials, can be of essential in help in rural areas, or to places that are particularly remote. “People need fuel to run their vehicles and electricity to run their devices. Now you can make both electricity and fuel with a single device” said Kaner.

The device can also pave the way for large cities to enable them to conserve surplus electricity from their electrical grids. “If you could convert electricity to hydrogen, you could store it indefinitely” added Kaner, who is also a member of UCLA’s California NanoSystems Institute.

Conventional hydrogen fuel cells and supercapacitors have two electrodes: one positive and one negative. The device that was designed at UCLA has a third electrode that serves both as a supercapacitor, which stores energy, and as a device for splitting water into hydrogen and oxygen, process called water electrolysis.
All three electrodes are connected to a single solar cell that acts as the device’s power source, and the electrical energy manufactured by the solar cell can be stored in one of two ways: electrochemically in the supercapacitor or chemically as hydrogen.

The device is a breakthrough because it creates hydrogen fuel in an eco-friendly way. Presently, around 95 percent of hydrogen production all over the world is derived from converting fossil fuels such as natural gas into hydrogen – a process that facilitates the release of large amounts of carbon dioxide into the air, said Maher El-Kady, a UCLA postdoctoral researcher and a co-author of the research.

“Hydrogen energy is not ‘green’ unless it is produced from renewable sources” he said, noting that making use of solar cells and abundantly available items to split water into hydrogen and oxygen has huge potential for lessening the cost of hydrogen manufacture and that the process could be used as substitute for the current method, which relies on fossil fuels.

Japanese multinational automotive manufacturer Toyota Motor Corp. is set to erect a megawatt-scale fuel-cell power generation plant with a hydrogen fueling station at the Port of Long Beach in California. It is expected to be operational by 2020.
Toyota said the Tri-Gen plant represents “a key step forward in Toyota’s work to develop a hydrogen society”.

Toyota is currently polishing the details on the development of more stations in California with Shell, but expenses and infrastructural challenges keep on holding back hydrogen technology as electric vehicles gain popularity in the zero-emissions market.

Back in April 2017, Toyota announced that it will be having a Project Portal system for fuel-cell heavy-duty trucks with 670 horsepower that will emit only water vapor. The Tri-Gen plant will fuel up those trucks at the Port of Long Beach and nearby Port of Los Angeles.

The FCC Votes To Repeal & Kill Net Neutrality: A Freedom Of Speech Violation

Historical first: Robot granted citizenship in Saudi Arabia even though “she” has no consciousness