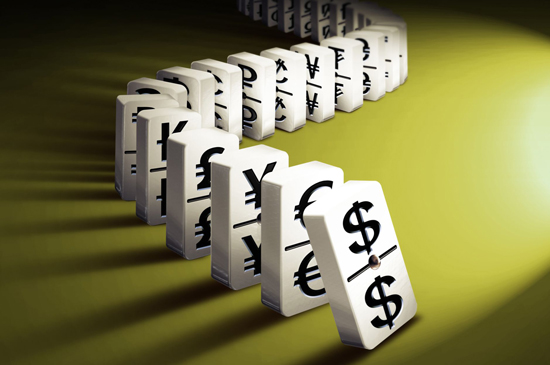 Lack of logical foundation: President Richard M. Nixon announced on August 15, 1971, that the U.S. would no longer officially exchange dollars for gold and many are still referring to that decision as one of the biggest mistakes ever.
Nixon, for one, thought gold-price stability was bogus. It has since become clear why he went off the gold standard.

A good controlling factor over the monetary system would be the price of gold. The implications: conduct monetary and fiscal policy such that the gold markets are content to sit tight, and marvel at the economic results. Do otherwise, and the ordeal of the 1970s will be repeated today.

Rarely in the history of political economy have choices been so stark, so obvious. One wonders whether it is being done on purpose. Which as we know is actually the truth.

The USD has no logical foundation behind it with regards to any sustainable value due to a lack of hard asset collateral. It’s just air! That means all people’s money, in their checking, savings, investment and retirement accounts is simply not real! And since 1971, never has been!

When the new gold backed USN is forced into play, money will obtain real value, and matters are going to change very fast. This dramatic event for change will start happening sooner than anyone realizes, while the great illusion of western dominance will end.
Three quarters of a century of military dominance will be gone in the blink of an eye. No more grace periods to extend. No more meetings to renegotiate treaties and implement international bankruptcy rulings.

It is clear that the new global financial system has evolved to a higher standard. It will prevent many forms of fraud and allow for unrestricted movement of funds from place to place as needed, instead of delays or freezes or holds due to compliance issues.
Unimpeded movement of funds is important to the wellbeing of society. The timely arrival of funds according to budgetary needs is critical to the survival of businesses.
Today’s end of the line situation is far grimmer than anyone is being told. The implementation of RV (Rateable Value) followed by GESARA (Global Economic Security and Reformation Act) can deliver the fiscal remedy for folks who must now live in this new reality. By the way, only Americans enjoyed the continuing endless supply of currency being forced upon them by the holders of all global debt, known as “The Chinese Elders”.

The Weakness of Paper Money 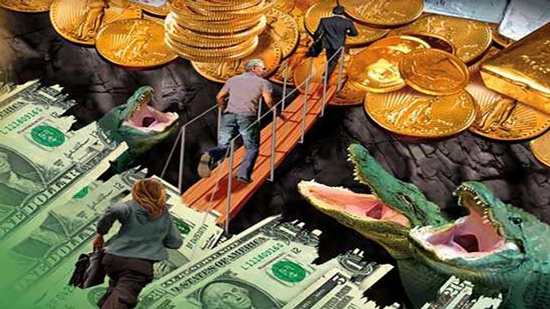 Precisely this non-backing of currency is the inherent weakness of “paper money” – governments have the power to declare paper to be “legal tender” – but they do not have the power to give that money value. This is something that no one, especially not politicians will tell you.

All Central Banks should be abolished.
The average citizen doesn’t have a clue how dangerous and corrupt the Central Banking System and their governments really are. (You can find here a petition to abolish the Federal Reserve.)
The worldwide governments have embarked on an out-of-control experiment with debt money that they could alternatively have issued as “debt-free-money”, without interest. In today’s world, credit money is printed in absurd quantities out of thin air, and so much of it is borrowed that it can never ever be paid back in full to the creditors.

It took the USA “216 years to rack up $8.5 trillion in debt… and then just 8 more years to double that amount”. Governments won’t be able to do a single thing about this crisis, as they themselves have knowingly created it!
When governments tap out their ability to increase their tax revenue and their debts become too mountainous to maintain, they have one last way they can take what they need, and it is the most insidious. They can print the currency they need to pay for whatever they want.

The Most Insidious Form of Theft

The Central Banks’ balance sheet – which represents the total amount of currency in circulation or in central bank’s reserves – has the USD blown up from $1.1 trillion in 2008 to nearly $4 trillion in 2017.
Not many people understand the misconception of these actions or their inevitable failure.

The great advantage of paper money is purportedly its flexibility. The central banks can, in theory, print more of it when they need it to facilitate economic growth or forestall a crisis. But that doesn’t really work. Printing money doesn’t create wealth or stimulate the economy. Instead, it simply makes each unit in circulation less valuable and leads to higher prices, a monetary phenomenon that is called inflation.

It is an insidious form of stealing. People feel wealthier as the numbers on their pay checks and bank balances rise. As nominal stock prices rise, people feel as though things are going well. But they don’t notice the value of each unit is eroding steadily.
Worse still, it provides incentives for going into debt. People who borrow today will repay those obligations in the future with units that are worth much less.
Inflation has been so prevalent for so long, most people don’t even know it’s not part of a normal economic system. Data on consumer prices from 1596-1971 in Great Britain prove that during gold-standard periods, commodity prices remain stable – even over hundreds of years – during periods of massive economic growth and soaring populations.

The most important test of paper money is whether it facilitates real, per capita economic growth. And on that score, the evidence is overwhelmingly negative. When money is sound and reliable, it doesn’t lose value over time. 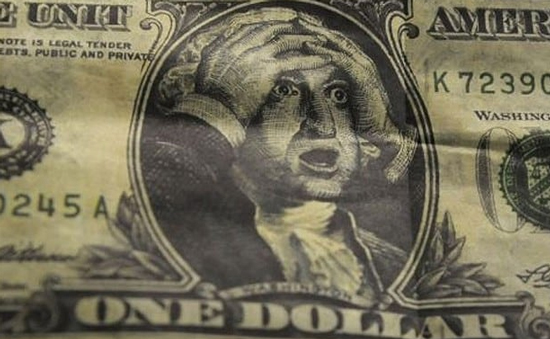 Today’s monetary system, however, isn’t sound or reliable. Politicians fool around with the money supply constantly. Sometimes, they increase the amount of money by huge amounts in response to demands from powerful groups, especially banks.
As a result, the products you need to live a regular life – like gasoline, milk, housing, and medical care – constantly increase in price. And these prices go up, year after year, even when wages don’t.

Paper money works great for the rich, who can hedge their exposure to the currency and whose access to fixed-rate credit allows huge asset purchases. But it is horrible for the middle class.
When the US-dollar as the reserve currency was taken off gold, it allowed the central banks to continuously debase their currency, while the wages paid in the same currency no longer kept pace with inflation.
Any reasonable study of paper-money systems versus gold-backed monetary systems demonstrates the superiority of gold straightaway. So, why does almost every modern government choose paper?

The answer is because paper money allows the wealthy and powerful vested interests in the economy to manipulate interest rates, prices, the money supply, and credit to their exclusive advantage.
Today’s monetary system dooms every average worker to poverty and almost guarantees that the rich and powerful will become richer. And it is this massive gap that is ultimately fuelling the problems the world faces today.

The Problem with Paper Assets

Wealth is either physical, by for example owning a big house or a Rembrandt painting, or it is paper wealth.
All paper assets are a claim against tangible goods and services. No more goods and services can be obtained than the economy can produce. Since the economy of 2008-13 produced only a fraction as much real wealth as the claims against it, those claims will have to be applied to future output.

The IMF has just reported that total global debt is now at a staggering $164 trillion, which amounts to 225% of total global GDP. Every person on this planet could turn over everything they produce for the next two to three years and the world will still be in debt.
The number is so astronomically high that it is impossible to pay off, and so there really is no point in even trying. In fact, governments are not at all concerned with paying off the debt because they know the number has lost it’s meaning in the face of such cartoonish proportions.

Currency is created by private institutions who create as much money as banks and governments desire. This money is created out of thin air, literally by punching a few keys on a computer keyboard and sending tiny currents of electricity to a screen which displays whatever number the private corporation wants.
It is not backed by anything of value, yet these private institutions charge interest to governments and private sector borrowers.
For every unit created and loaned, the magical money-lenders demand that unit back with interest. Since the lender is demanding more than was created, it is mathematically impossible to ever pay off debt, because the currency units to pay for interest simply don’t exist.

The modern-day debt system maintains a tragic if not dramatic tension in the world, and on a planet with such abundant resources, you have to wonder with a global debt number so high, do people of the planet owe money to each other, or are they really in debt to some type of institution?
It definitely does not make sense for the human race to enslave itself with such an insane system. Theoretically the debt is owed to the central banks that created the units out of nothing. So actually there is no debt owed to anybody!