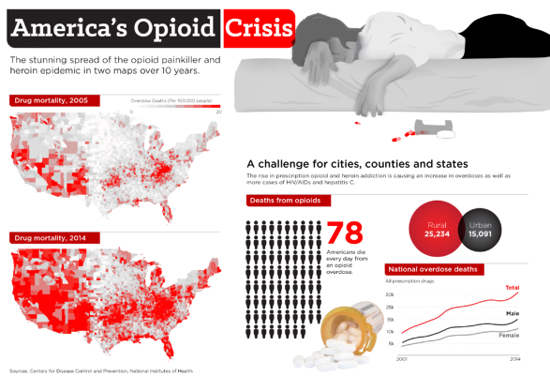 If someone wanted to kill 300,000 Americans and get away with it, they could not have accomplished it more effectively than US government did with the opioid epidemic.

How did Uncle Sam accomplish this horrible mass murder? The US Government followed a step-by-step guide, which is presented below.

In 1996, Uncle Sam awarded a 17-year government patent monopoly to Purdue Pharma to be the exclusive supplier of OxyContin, an addictive and potentially deadly opioid painkiller. This ensured that they had a massive multi-billion-dollar profit incentive to get as many people addicted as possible without any generic competition to keep this profit motive in check.

To further fuel the use of OxyContin, Uncle Sam covered the cost of it through Medicaid and Social Security Disability Insurance (SSDI). This ensured that there were billions of dollars available to fund the purchase of massive quantities of the addictive and potentially deadly substance.

Uncle Sam made pain the “fifth vital sign” and financially penalized any hospital that got poor reviews or ratings for not adequately treating pain, encouraging hospitals to hand out opioids like candy.

Step 6
Uncle Sam allowed for doctors to be sued for medical malpractice for not adequately treating pain, ensuring they prescribed even more opioids.

Uncle Sam then moved many opioid painkillers to Schedule 2, which prohibited refills. This ensured that doctors prescribed 30-days supply for patients that needed only 3-days supply, just to “keep the patient from having to come back to get a new prescription if they need it”.

Uncle Sam then allowed the profit motive of the patent monopoly, the free money of Medicaid and SSDI, the “fifth vital sign” and the fear of being sued for medical malpractice to continue to fuel an increase in OxyContin prescriptions until the year 2010, leaving many millions of Americans addicted to opioids.

After having created a sufficiently massive pool of addicted individuals, Uncle Sam turned the “prescription epidemic” into an “overdose epidemic” and drove the death rate up into the stratosphere.

Knowing that many of the millions of OxyContin users were crushing the pills and snorting them, Uncle Sam went to Purdue Pharma and convinced them that they needed to make OxyContin “abuse-deterrent” by making the pills difficult to crush.

This caused a large number of people who were crushing the pills and snorting them to start instead melting the pills and injecting them (which is much more dangerous and deadly). This change also caused many of the users to switch to heroin since it is cheaper and more available than prescription opioids. This started the process of killing as many of the addicted as possible.

Uncle Sam then demanded Purdue Pharma to remove the old formulation of OxyContin from the market. Considering that Purdue Pharma’s monopoly patent was about to run out, they were all too happy to oblige and get a brand-new patent on the abuse-deterrent formula, effectively restarting the 17-year monopoly period.

Uncle Sam also prohibited generic versions of the old, crushable formulation since that would allow a crushable generic to remain on the market, which would render the abuse-deterrent formula superfluous, undermining the efforts to get people to switch to injection and/or heroin. 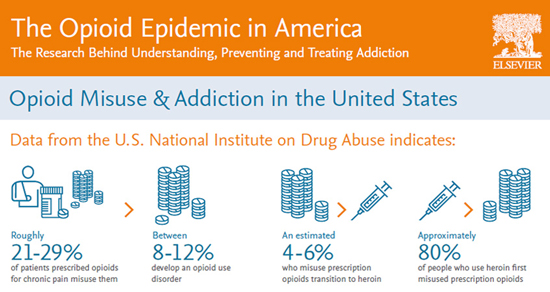 Knowing that the death rate would rise as people switch to injecting and to heroin, Uncle Sam then steadily reduced the supply of legal prescription opioids, leaving the millions of Americans that were already addicted with no place to go other than heroin and injection drug use.

Uncle Sam did this by threatening or prosecuting doctors who “prescribed too much”. The US Government also recommended or mandated the use of Prescription Drug Monitoring Programs (PDMP’s) and drug tests to catch and shut off anyone who appeared to be using more opioids than the state-sanctioned arbitrary cutoff amount.

Uncle Sam also banned doctors from prescribing opioids as maintenance therapy or for gradually tapering patients off, and required doctors to abruptly cut off anyone they suspected of using too many opioids.

Uncle Sam further decreased the supply of legal opioids for those already addicted by mandating a constant year-over-year reduction in the prescriptions of opioids.

To increase the death rate even further, Uncle Sam ensured that the Medication Assisted Treatment (MAT) options that work, like Buprenorphine (Suboxone) and Methadone were so heavily regulated and controlled that they were effectively unavailable to the vast majority of addicted Americans.

Uncle Sam also required “prior authorization” by managed care providers to ensure that it took as much as four weeks to get Medication Assisted Treatment. This ensured that the vast majority of opioid users switched to injection and street heroin before their MAT prescription could be filled. Uncle Sam also sent opioid users to prison or abstinence-only rehab where they were forced to detox. This ensured that the patient’s opioid tolerance decreased to the point that when the patient came back from prison or rehab, the patient would easily overdose.

Uncle Sam also banned the use of Medication Assisted Treatment in most drug court programs, ensuring low opioid tolerance and a high risk that relapse would result in death.

Step 15
The US Government banned supervised consumption facilities, ensuring that drug use happened alone, unsupervised, and beyond the reach of most first-responders.

After vast numbers of Americans had switched to injection drug use and street heroin, and were using drugs alone and unsupervised, Uncle Sam then made the street drugs as deadly as possible.

The US Government did this by “cracking down” on the supply side of heroin, knowing full well that illegal drug manufacturers would respond by making their drugs ever more potent, or finding ultra-potent additives to substitute into their street drugs to decrease the size and weight of the trafficked substance (this is known as the Iron Law of Prohibition). That would ensure that heroin was laced with fentanyl (a substance 100 times more potent than morphine) and that eventually fentanyl was replaced by the even more potent carfentanil (a substance 10,000 times more powerful than morphine).

Uncle Sam then banned drug checking under drug paraphernalia laws, ensuring users had no idea if the substance they were about to use was laced with fentanyl. With each increase in potency and adulteration, the death rate would continue to climb higher, and higher, and higher.

There you have it: the perfect guide used by the US Government to kill at least 300,000 people and get away with it. It is an absolute tragedy that this was the precise course of action the US government has taken over the past few decades to create this perfect storm of addiction and death.

Heightening the tragic nature of the crisis is the fact that the government was entirely unaware that the consequences of each step in this plan would lead to the eventual death toll currently mounting in America. This was by no means an intentional, deliberate plan to kill people; however, kill people is exactly what it has done. 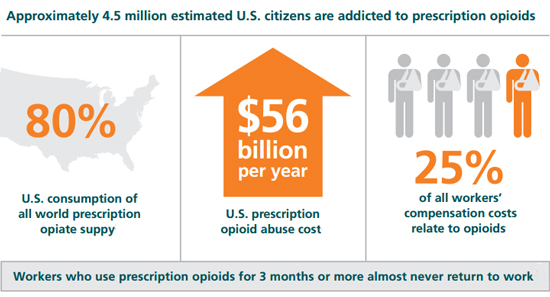 It is also worth noting that, although these governmental actions listed above take the lion’s share of the blame for the problem, we are by no means asserting that other factors were not at play. Purdue Pharma clearly deserves much blame for making billions of dollars intentionally rendering people addicted and steadily supplied with opioids.

Doctors deserve some blame for blindly following prescriber guidelines without reference to the unique situation of each patient. The economic malaise the Americans currently face that has so exacerbated this crisis is the result of an astoundingly complex myriad of factors that extend far beyond just government meddling in the marketplace.

Still, though, the fact remains that the United States government has enacted and pursued a variety of policies that are directly, tangibly responsible for the severity and intensity of this crisis. It is not a stretch to say the opioid crisis would not exist were it not for the government actions listed above.

In light of this realization, a sharp change in the course of policy is in order. The government can take some actions to immediately alleviate many of the problems it has caused:

– Abolish all patents on addictive substances. This would prevent the creation of the circumstances wherein a firm like Purdue Pharma can so aggressively market their product and have such an outsize influence on the formation of medical policies. This would also have the happy side effect of massively increasing the levels of innovation of new, more effective drugs in the pharmaceutical industry.

– Remove all legal restrictions on the use of natural treatment programs for opioid dependency so that people can receive the help they truly need.

– Remove any and all legally enforceable prescriber guidelines (especially laws against maintenance therapy doses) so that doctors are free to adjust their prescribing habits about the latest peer-reviewed guidelines and the unique circumstances of each.

– Alternatively, reform these entitlement programs to preclude the use of government funds to purchase addictive substances.

Although many of these solutions sound quite radical, it takes a radical solution to rectify a radical problem of this magnitude. It’s time to stop pursuing the same failed policies that created this crisis in the first place. It’s time to start for the government to start saving lives instead of ending them.

Note: Keeping an open mind and being open to new ways of looking at preconceived ideas is a very important aspect. Within the article above, there are many points with which we disagree, such as the idea that the government was unaware of the consequences of its actions. We strongly believe the opposite.

However, no one can ultimately know that for certain. The point being: question everything, yet always be open to another’s perspective. This article covered some very interesting ideas that are worth considering, even if one ultimately disagrees.