The Monetary System Is Collapsing: The Most Insidious Form of Theft (2) 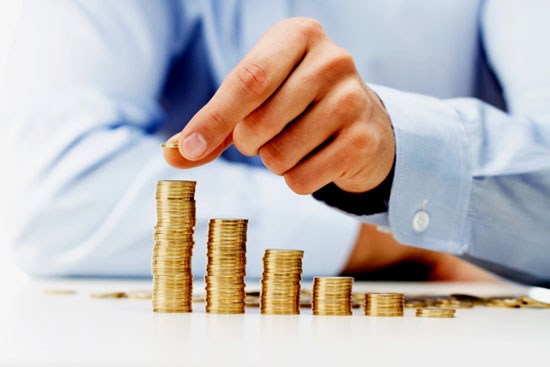 The only way the government can give away something is by first taking it from someone else. This is critical. The governments are taking what they want, and this is exactly what has created today’s crisis.
Taxes are the most obvious way governments take for redistribution. But governments are now reaching the limits of what they can generate from new or higher taxes. When governments realize they can’t take any more from you through taxes, they use debt instruments to take from your children and grandchildren.

Governments have taken advantage of that option to a historic degree; the U.S. and EU government owe more than $20 trillion each. The number is so large, it’s meaningless. No one can comprehend how much money $20 trillion really is. A better way to think about it is to say: each taxpayer owes roughly $175,000. That’s like a whole additional mortgage for most people.

This debt addiction has filtered into four critical areas of the economy. Instead of learning from the mistakes that crippled the economy in 2008 when the mortgage bubble burst, they have created three new bubbles that could soon blow up.

When this crash occurs, it will be the largest destruction of wealth in history. There has never been a bigger bubble in bonds.

Over the past 10 years, students, most of whom have virtually no income, have racked up enormous debts. As of 2017, student debt totals more than $1.5 trillion, the second-largest source of household debt after home mortgages.
All the signs show that the debt piled on our youth will become another catastrophic bubble in the western economy.

3. The subprime auto lending bubble is poised to cripple the automotive-industry.

Most people have no idea how pervasive subprime loans have become in auto lending. Over 90% of cars sold are financed by loans of leases.

The housing bubble is going to repeat itself with even more unsold and unfinished houses. Spain in 2008 was stuck throughout the country with over 3.5 million unsold houses. That number is set to grow again as about half of the houses sold were bought by speculators that cannot resell. So, expect more new and unfinished properties in this upcoming crash than ten years ago.

How is this substantiated? It’s simple. Historically, “junk” bonds – aka high-yield bonds issued by less-creditworthy companies – have never yielded less than 5% annually. But they hit that low in mid-2014, and today, they’re not much higher than that.

During the first half of 2016, the high-yield spread began declining. It’s now close to the post-crisis lows of 2014, indicating complacency in the high-yield debt market. But it won’t last. It never does.
Most investors don’t know anything about the Central Banks quietly reversing course. They have started draining the system of reserves. In October 2017, they began to “run off” their balance sheet by about $13 billion a month.

That is, as the bonds they hold mature, these assets won’t “roll” into new securities. And so, for the last months their balance sheets have shrunk by $10 billion a month in bond securities and $3 billion a month in mortgage securities.
It took the speculative bubble a long time to reach negative interest rates on junk bonds. It likewise will take a shorter time for this to fundamentally change the financial markets, hurting sentiment and securities prices. But make no mistake, the tide is going out. And the tide is going to get more powerful as it moves on.

The coming collapse in the bond market also will be far worse than it was last time. The Federal Reserve’s twin policies of keeping interest rates near zero and buying tens of billions of dollars in Treasury securities and mortgage-backed debt have driven the huge bull market in bonds and properties.
As the Central Banks buy bonds, they push bond rates down and force the other buyers of bonds to buy riskier debt that historically offers much higher yields.

The Real Panic in the Corporate Bond Market Could Arrive Soon

Expect the average price of non-investment debt – junk bonds – to fall by 50%. Investment-grade bonds will fall substantially too, by an estimated 25%. This is going to wipe out a huge amount of capital, which is almost 100% guaranteed to happen.
Junk-bond expert Martin Fridson has projected $1.6 trillion of bonds and loans will default. That means three times as many debt issuers will default than in the last recession.

This would have happened already, according to Fridson, but the government has kept interest rates artificially low, making it possible for many at-risk debt-issuers to refinance their debt at a lower interest rate. This delayed an inevitable wave of defaults in the junk-bond industry, but only temporarily. The government can’t keep interest rates low forever. The obvious question is: Why on Earth did so many people borrow so much money they have no hope of ever repaying?

You might assume it stems from a lack of personal responsibility or a decline in moral standards in recent years. As there is always a segment of society that wants something for nothing. But this doesn’t explain how this problem could grow so large.

The real reason is something quite different: the conclusive corruption of governments and banks. Because it is impossible to pay off the debts that have been accumulated. Society is fast approaching the point where the government cannot even afford to pay the interest on this debt and that leaves it with one last tool to extend its power over the people. 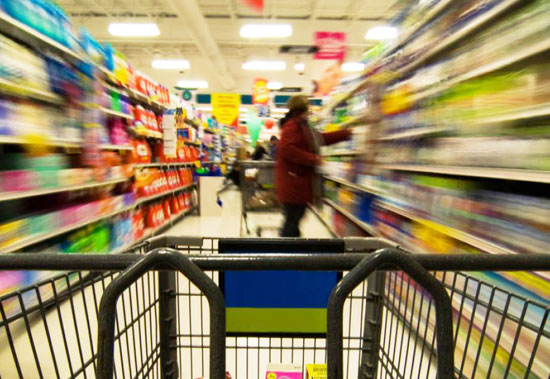 We have been left with a heavily indebted economy that’s still being fuelled by consumption. The system rewards debtors and punishes savers. It makes long-term capital investments nearly impossible because of economic volatility and financial risks caused by inflation.

Worst of all, the system requires everyone to become a speculator because there’s no other way to safeguard savings.

The Need for Paper Money

What the gold standard would really do would be to ensure a level playing field for all economic actors – borrowers, lenders, and even governments.
That’s why bankers – who are always highly leveraged, media barons – who constantly borrow to buy more properties, and governments – which can never balance their budgets, all hate gold-backed money. To maintain their power, they all need paper money. The system and those who profit from it would not survive a transition back to the gold standard. The little-known reality of a paper money system is that it robs the people of purchasing power.

That means the average person works harder and produces more, but cannot buy as much as he has been used to. Meanwhile, asset prices soar.
The wealthy become wealthier as the value of everything they own becomes inflated along with the currency.
This explains why the wealth gap has grown so much since 2000. And it explains why the wealth gap will continue to grow, so long as governments continue their corrupt policies of quantitative easing, corporate bailouts, overspending, and over-taxation.

Simply working harder – or working smarter – isn’t benefiting employees anymore. On the other hand, people who own assets and businesses have seen their wealth soar over the last 40 years.
This system dooms every average worker to poverty and almost guarantees that the rich and powerful will stay that way. And it is this massive gap that is ultimately fuelling today’s problems.

The entire system is collapsing, a new system is needed.

The Maya Codices: The Precious Remaining History of an Eradicated Civilization