The Movie Producer and the Israeli Nuclear Smuggling Ring 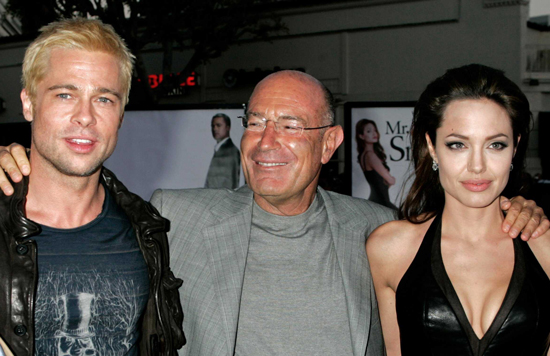 Arnon Milchan is the Hollywood mogul behind films as diverse as JFK, Pretty Woman, Brazil, Fight Club, LA Confidential and Alvin and the Chipmunks. He was also an Israeli spy involved in smuggling equipment for the development of nuclear weapons. Milchan has spoken publicly about his role in this scandal, defying a request from Benjamin Netanyahu, though somewhat predictably this has involved telling a few lies. What else would you expect from a spy and a Hollywood bigshot?

According to the book Confidential: The Life of Secret Agent Turned Hollywood Tycoon Arnon Milchan, Arnon was recruited into Israeli intelligence in his 20s, and put to work by LAKAM, the economic espionage division. Milchan then recruited a California engineer Richard Kelly Smyth who set up MILCO International Inc. in 1972, a front company that linked up with Heli Trading in Israel (Heli was also known as Milchan Brothers Trading Company). Between 1979 and 1983 MILCO purchased 800 krytrons and secretly exported them to Heli. Krytrons are gas tubes that are used with high-speed switches, and can function as nuclear triggers.

The export of krytrons was strictly regulated precisely because of their use in nuclear weapons and efforts by the Israeli government to import them legally had failed. So the Ministry of Defense provided Heli with the money to buy them via MILCO, who got them from EG&G, a US defense contractor. This went on happily for several years until it was interrupted by a potentially even more suspicious event.

According to Milchan’s heavily-redacted FBI file details, in January 1983 there was a break-in at MILCO’s offices in Huntingdon Beach and someone (likely Smyth) filed a report with the FBI. Presumably the burglars stole some of the krytrons because when the Bureau interviewed the person who filed the report he mentioned “tubes”, which Customs quickly figured out were krytrons.

The FBI then leant on Smyth to try to get him to roll over on his superiors (including Milchan, which the FBI almost certainly knew was involved). He refused, so they indicted him for exporting arms illegally and for making false statements. Despite being a consultant to the Air Force and to NATO, Smyth then fled the country, hiding out in Spain until 2001. He accidentally revealed himself when he started claiming social security benefits, and Interpol swooped in, arrested him and extradited him back to the US.

This is one place where Grant Smith (whose Freedom of Information Act requests obtained these documents) is missing something. Smith sees the Milchan story as another example of unprosecuted Israeli spying against the US. But who broke into MILCO’s offices? That is what set off the chain of events, and it seems they stole some of the gas tubes otherwise why would anyone have contacted the FBI? Was this a way to shut down the Israeli smuggling operation without making a big fuss and prosecuting everyone? Likewise, the FBI did try to press Smyth into giving up his handlers in Israeli intelligence, but he resisted. Once they had someone in custody, the authorities did try to follow the thread. The notion that this was hands off because of the special relationship with Israel is not born out by the facts.

The life of a Hollywood Spy

In 1992, while Smyth was still on the run, Arnon Milchan was the subject of a classified FBI teletype where an asset appears to have told the FBI all about Milchan, Smyth and the Israeli smuggling ring. It details how Milchan was an extremely successful producer who was friends with Oliver Stone, Sidney Pollack, Barbara Streisand, Tom Cruise, Richard Dreyfuss and Robert De Niro (some of which have intelligence connections of their own). The teletype goes on to mention MILCO and arms dealing, though it is very heavily redacted.

In early 2002, a few months after Smyth pleaded guilty, the FBI spoke to him at the US Attorney’s Office in Los Angeles. Smyth revealed how his involvement with Milchan saw him meeting with high officials, including Ariel Sharon, at the time a general in the Israeli military. He also met Benjamin Netanyahu in Tel Aviv, where they would dine in restaurants. Meanwhile, back in California, Milchan got Smyth into Hollywood parties where he was introduced to celebrities.

Smyth also described how the operation by which Israeli Ministry of Defense money paid for the nuclear triggers via MILCO and Heli Trading was codenamed Project Pinto. He says the last time he saw Milchan was in 1985. This begs an interesting question, because when this story surfaced a few years ago Milchan refused to comment, saying he had been asked not to by Netanyahu and other high ranking officials. In 2016, when he was in California picking up an Oscar for The Revenant, he was the subject of a rare interview. Asked about the book Confidential, he said: “In the beginning it was like ‘Oh, James Bond is coming!’ You’re James Bond coming to town, so it’s more fun. Then when you start to be too successful, you go from James Bond to being ‘an arms dealer’, which I never was. That happened 35 or 40 years ago. But I definitely helped Israel, and I still will. Listen, I’m an 11th generation Israeli – 400 years, mother, father, all the way to King David.

Let me say the following: two guys knock on my door one day and introduce themselves and give me in galleys a book about myself. I said ‘Did I authorize it?’ They said, ‘No, but we’re going to publish it.’ So I said ‘Let me look at this.’

So I look at it and say ‘You got so many facts wrong. I’ll correct some. I met Prime Minister Benjamin Netanyahu not in 1977 but 1997, and he never worked for me.’

I said ‘Listen, you’ve got to understand something. When you’re a kid and your father comes home from the war shivering from malaria, just before the independence, and this little country called Israel becomes a test ground for the Anglo-Saxon countries to try their missiles and planes against the Russians during the Cold War, of course you help.’ I was in agriculture and pharmaceuticals. That’s not spying – that’s helping Israel to survive. I don’t know what a spy is, but that’s not what I was. If I was a spy, I wouldn’t have time to talk to you.” 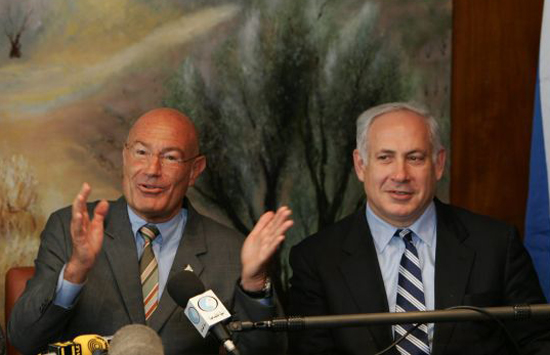 However, in his 2002 discussions with the FBI, Smyth said that Netanyahu worked for Heli Trading a.k.a. Milchan Brothers Trading, in Tel Aviv and that he was part of the smuggling ring. How we reconcile this with Milchan’s claim that he didn’t meet Netanyahu until years later, implying that Netanyahu was not engaged in nuclear espionage against the US, is obvious. Milchan is almost certainly lying, even in this rare public interview about the issue.

Whatever the truth (many believe Smyth), Milchan continues to produce a surprisingly broad range of movies and continues to operate unencumbered by the repercussions of his past international arms smuggling crimes, though he is rarely seen in Hollywood these days.

Note: Arnon Milchan was, and probably still is, a Mossad asset. One of his tasks as a Hollywood producer was to hide the truth about Israeli involvement in the assassination of JFK. As the producer of Oliver Stone’ JFK, he ensured that Stone did not get to the heart of the matter. Yes, Stone correctly identified Permindex as a key element and Clay Shaw as a key figure, but the movie alludes to them being CIA when in reality, they were Mossad. Permindex was de facto the Mossad inside the USA, setup by Roy Cohn, Louis M. Bloomfield and Tibor Rosenbaum, all of them Mossad; in fact, they also helped found the Mossad in the first place.

The 12 Most Dangerous Cancer Causing Products in Your Home Today