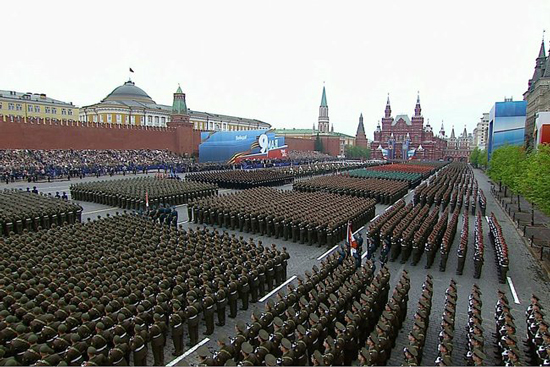 There is no force in the world that can conquer Russia, President Vladimir Putin said at the Victory Day parade on Red Square devoted to the 72nd anniversary of the Soviet Union’s victory over Nazi Germany in World War II.

World War II could not be prevented due to the disintegration of peoples, the Russian president noted: “This horrible tragedy could not be prevented, first of all, due to the connivance at the criminal ideology of racial supremacy, due to the disunity of the world’s leading countries, which allowed Nazis to appropriate the right to decide the destiny of other peoples, unleash the cruelest and the bloodiest war, enslave and make almost all European countries serve their deadly goals.”

Putin vows the Russian soldiers are ready for heroic deeds for the sake of their people and World War II veterans will never feel ashamed of them: “We feel a deep and strong kinship with the generation of heroes and victors. And I will tell them the following: you will never feel ashamed of us! The Russian soldier today, like in all the times, showed courage and heroism, and is ready for any heroic deed, for any sacrifice for the sake of his Motherland and his people”.

The Russian Armed Forces are capable of repelling any aggression but consolidation of the entire international community is needed to effectively fight terrorism and other threats, Putin stated.

“The lessons of the past war urge us to be vigilant and the Russian Armed Forces are capable of repelling any potential aggression”, the Russian leader said, stressing that “today life itself requires increasing our defense potential. (…) But consolidation of the entire international community is needed to effectively fight terrorism, extremism, neo-Nazism and other threats.”

“We are open for such cooperation. Russia will always be on the side of the world’s forces, on the side of those who choose the road of equitable partnership, who rejects wars as being alien to the very essence of life and the nature of humans” Putin noted.

The farther the events of the Soviet Union’s Great Patriotic War of 1941-1945 against Nazi Germany recede into history “the higher the responsibility before future generations” the Russian leader said. “We must pass over stability and peace on the planet, pass over the harsh and heroic truth about the Patriotic War, the spirit and the essence of the Great Victory so that our descendants love Russia so much strongly as well while people should keep in their memory the generation that selflessly fought for the Motherland and defended with honor its freedom and independence” Putin continued. 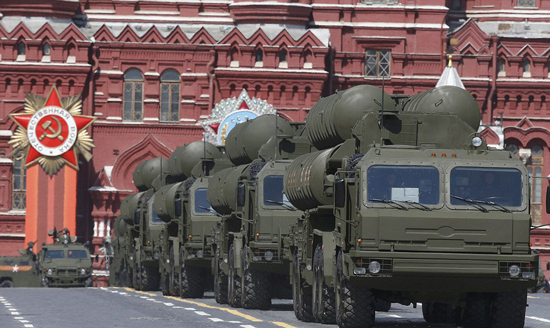 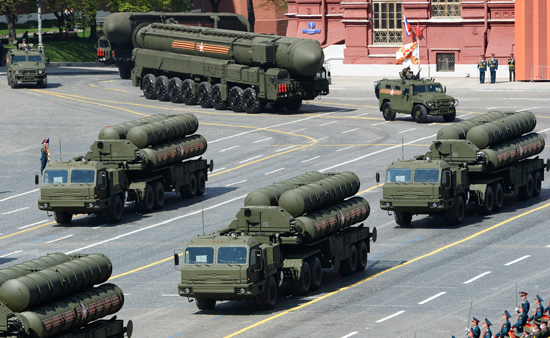 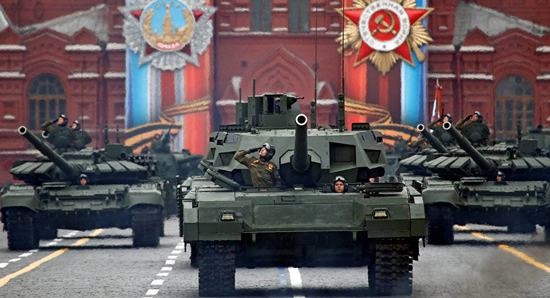 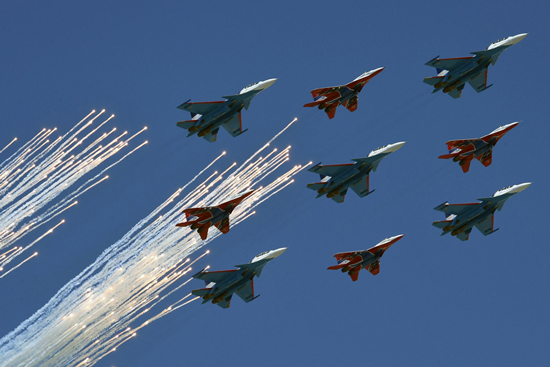 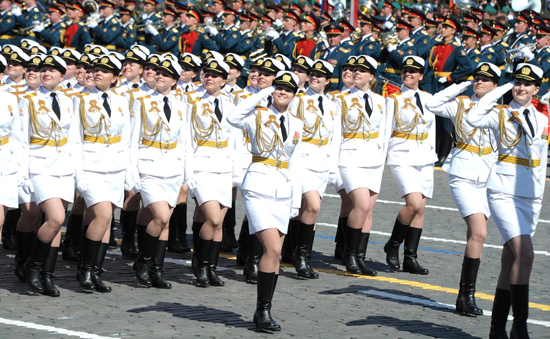 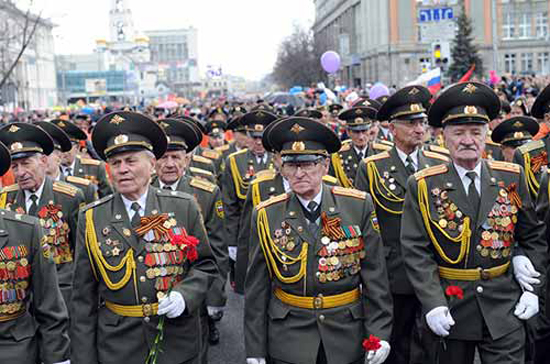 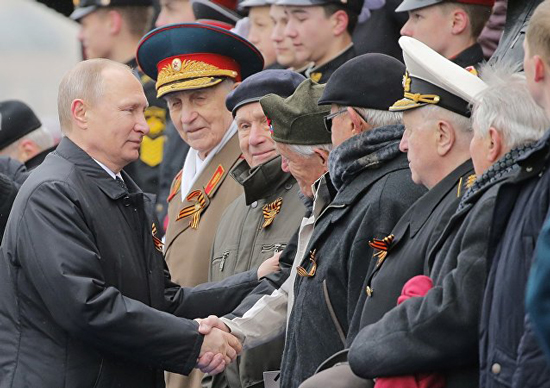 Note: Many expected that Putin would have his usual historical and laser-focused comments for this year’s Victory Parade speech. It is an easy job to him because the Russian people don’t really need to have anything explained to them about how best to deal with threats to the homeland.

Their losses in WWII dwarfed the US’, despite America’s huge material investment. The Russian factories also made a larger investment, not only in equipment that got used up constantly in the never-ending counterattacks to drive the Germans out, but in their deciding early on that they would use their manpower advantage to wear the Germans down by relentless attrition.

The rank and file Soviet military incurred major losses, but a replacement conveyor belt kept new divisions flowing toward the front, to keep their momentum going toward its final day in Berlin. The Stalingrad offensive turned the war, when new fully-equipped Soviet infantry and armored divisions appeared out of nowhere to the shock of the German command.

Russians say that they hate war. This is why the manufactured US hype of the “Russian threat” is such a devious fraud on the American people. The Russian people claim that they would not politically support any such offense, despite what the US’ past NATO-clown General Breedlove continually said about Putin wanting to sweep across Ukraine and being a threat to Eastern Europe.

It was a shame on the American veteran community that Breedlove was not publicly denounced for his “fake news” on his Russian threat scam, when US military spending is ten times Russia’s, something that mass media consistently failed to mention.

Russians are not planning to take such losses as in WWII ever again, if they are attacked. Almost no family in Russia was untouched by WWII, not only in military losses, but the horrible civilian casualties, also.

This came after the slaughter that Stalin inflicted upon the country, despite the Communist party currently pulling about 18% of the vote. The vast majority of the Russian people just want to live in peace and develop their country to its fullest.

This is the real “threat” that upsets the banksters and gangsters running the US, because it means the Russian people will not turn over at any time in the future the vast resources of Russia to the US regime-change, deep-state criminals.

Hence, the criminals have to deploy their military option to accomplish this, a perverse abuse of US military actually, but one they too happily go along with. That always requires seeding the American people with years of threat hype to build support for such a future conflict. If Americans want to deal with a real national security threat, they should deal first with the one they have right at home.

Americans have plenty of targets, as they have allowed their institutions to be co-opted by enemies among them, and they have had time to protect themselves by putting strong blocks in place for all political and legal avenues of cleaning them out. They are not planning on going anywhere. They have Americans on the short end of the stick, as Mike Harris would say, and they are planning keeping the people there…

The Movie Producer and the Israeli Nuclear Smuggling Ring