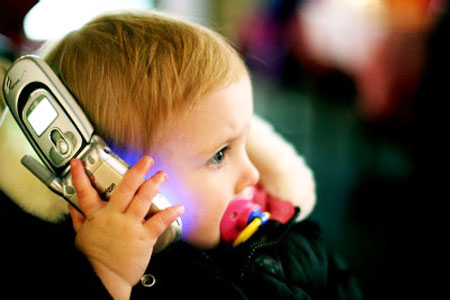 Following a study from May 2016 that linked wireless radiation to deadly heart and brain cancers, the American Academy of Pediatrics (AAP) has issued a series of recommendations that warn parents of the dangers cell phones and other wireless devices present to their children. The initial study was carried out by the US National Toxicology Program over a period of two years.

It found that rats suffered DNA damage in their brain cells as well as a high probability of developing brain tumors and malignant Schwann cell tumors in the heart. Dr. Ronald L. Melnick, a toxicologist at the National Institutes of Health, said that the cancer risks for children are even greater due to greater penetration and absorption of cell phone radiation as well as a higher susceptibility to tissue-damaging agents.

Dr. Jennifer Lowry, chair of the AAP council on Environmental Health Executive Committee, seconded these claims warning that “[cell phones] are not toys. They have radiation that is emitted from them and the more we can keep it off the body and use [phones] in other ways, it will be safer.”

The AAP had previously expressed concern about the dangers of cell phone radiation. Five years ago, an Egyptian study showed that living in proximity to mobile phone base stations increases the risk for developing various problems such as headaches, memory problems, dizziness, depression, and insomnia.

Though this study focused on short-term effects, the AAP had previously warned that it was important to consider the possible cumulative damage from the electromagnetic radiation emitted by cell phones and supported further research. The US National Toxicology Program study only confirmed the AAP’s suspicions that cumulative exposure to cell phone radiation has damaging effects on human health, especially children whose bodies are still developing.

Pediatricians also expressed their concern over the legal limits of cell phone radiation established by the Federal Communications Commission (FCC). The FCC’s allowable limit is currently 1.6 W/kg, but this standard has not been revised since 1996 despite that fact the cell phone use has increased dramatically and that cell phone technology has grown by leaps and bounds. In addition, the FCC’s limit is based on the devices’ potential effect on fully-grown adults based on 20-year-old, outdated science.

The limit does not consider the effect of cell phone radiation on children even though children’s skulls are thinner and more readily absorb radiation. These facts also led the AAP to recommend a government review of cell phone radiation standards that “protect children’s health, reflect current cell phone use patterns, and provide meaningful consumer disclosure.” However, it appears doubtful that the FCC will make changes anytime soon as cell phone manufacturers are likely to fight against any new regulations that would further reduce the radiation limit.