In current speech, Kabal refers to the satanic elite controlling the world from the shadows. In the West, it uses a “C” and becomes Cabal. Among other atrocities that they do, they are conducting satanic human sacrifices and follow Nazi principles. 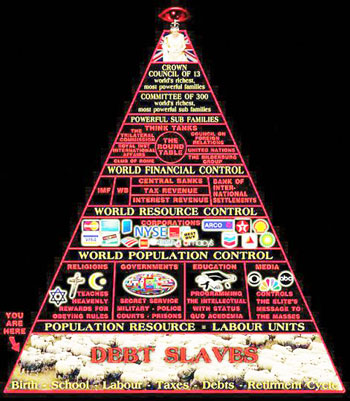 Benjamin Fulford has stated in the end of 2016 that many people in this Cabal are now disappearing.
Furthermore, the following political leaders have either resigned or been thrown out of office, or they are facing real jail time:
1) Italian Prime Minister Renzi
2) French President Hollande
3) European Parliament Leader Martin Schulz
4) New Zealand Prime Minister John Key
5) Nicholas Sarkozy
6) South Korean President Park Hye
7) Japanese Prime Minister Abe has agreed to work with Chinese President Jinping
8) Chinese President Xi Jinping has agreed to work with the Red Dragons despite his personal human sacrifices. He is not to be trusted.
9) In America, the Lucifarian Opeis Dae Bishop Javier Echeverria – leader of the Catholic “Celebrity Cult” was discovered dead less than 24 hours after speaking with Hillary’s human sacrificing John Podesta.

The Wall Street Journal confirmed the CIA planned to launch an Electorial College Coup against President Trump – which would have gotten many CIA Agents killed.

Opus Dei has operated as an Appendage of the CIA for years, being paid out of the money created on the CIA computers.

The false flags being attempted by the CIA in December 2016 were:

a) A nuke attack on Yellow Stone (using a nuke placed there by the AMEC Corporation).

b) A Nuke under Mount Lassen in one of the many Volcanic Tubes that exist there. Many could drive an M1 Tank Down – they are that big – and they seem to go on forever.

Many believe that after Trump took his office, the War Trials against those in the Nazi Satanic Cabal will begin, as well as the take down of the mainstream media.

As for the nine Nazi cities under Antarctica – they will assist in this purge or they may find their continent “shifting” – causing their cities to crumble.

Assad: West Blocks Obvious Probe that Could Show Idlib «Attack» and US Strike Were «False Flag»