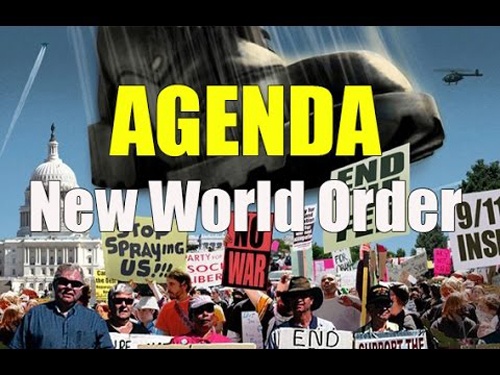 New World Order is documented Rothschild Communism – and the banksters are now taking world power by their weapon: war (revolution is also war).

“Every Masonic organization tries to create all the required prerequisites for the triumph of the Communist revolution; this is the obvious aim of Freemasonry,” says Communist Christian Rakovsky, a high-ranking Mason himself. Rakovsky scoffs at the “elementary Marxism… the demagogic popular one” that is used to dupe the intellectuals and the masses.

Marx was hired by Rothschild to dupe the masses. The aim of the Revolution is no less than to redefine reality in terms of the interests of the bankers. This involves the promotion of subjective truth over objective truth. If Lenin “feels something to be real”, then it is real. “For him every reality, every truth was relative in the face of the sole and absolute one: the revolution.”
No matter whom we elect to run our countries, we get the same thing: endless war. Terror. Gender bending. Why is this?

Our “leaders” are all Rothschild flunkies. The Rothschilds are cabalists (Satanists).
They have a monopoly over the creation of the medium of exchange, credit and currency. They produce these coupons from nothing, something our governments could do themselves, interest-and-debt-free. Alas, our “money” are chips in their digital casino.

Their agenda is to protect this monopoly by extending it into a monopoly over everything – power, knowledge, culture, religion – by reengineering humanity to serve them. This is “the matrix”. This is why Communist and LGBT values are foisted on children. Why universities have been neutered. Why corporations and banks promote migration and homosexuality. Why the foreign policy of the West is bent on destroying any resistance (Russia, Syria, Yemen, Iran, Korea). Society is satanically possessed by these people who use Freemasonry and organized Jewry as their instruments. Why do so few “pundits” get this?

The State is a front for the Masonic Jewish central bankers who own its “debt”. Anything that increases “State” power is Communist. World government will take this to the next level. Every war was a giant step towards Communism.

The aim of Freemasonry is the triumph of Communism

Most people think Communism is an ideology dedicated to championing workers and the poor. This was an incredibly successful ruse which manipulated millions.
Behind this artifice, Communism is devoted to concentrating all wealth and power in the hands of the central banking cartel (the Rothschilds and their allies) by disguising it as State power.

The central banking cartel is the ultimate monopoly. It has an almost global monopoly over government credit. Its object is to translate this into a monopoly over everything – political, cultural, economic and spiritual. One world government = Rothschild monopoly = Communism.

War is the means by which the central bankers advance their agenda. Rakovsky says Trotsky was behind the murder of Arch Duke Ferdinand (which sparked WW I). In 1938, Rakovsky outlined three reasons for the upcoming World War II:
a. The first is that Hitler began to print his own money. “This is very serious. Much more than all the external and cruel factors in National-Socialism.”
b. The “fully developed nationalism of Western Europe is an obstacle to Marxism… the need for the destruction of nationalism is alone worth a war in Europe.”
c. Communism cannot triumph unless it suppresses the “still living Christianity”. He refers to the “permanent revolution” as dating from the birth of Christ, and the reformation as “its first partial victory” because it split Christianity.

“In reality, Christianity is our only real enemy since all the political and economic phenomena of the Bourgeois States. Christianity controlling the individual is capable of annulling the revolutionary projection of the neutral Soviet or Atheist State.”
Now the Central Bankers are promoting World War III as in The Clash of Civilizations. Substitute Islam for Christianity above, and pit Christians against them.

The New World Order (the aim of the Masons) creates a false reality which represents our mental enslavement. Legions of pundits, professors and politicos enforce its precepts. These are the agentur (agents) referred to smugly in The Protocols of the Elders of Zion. 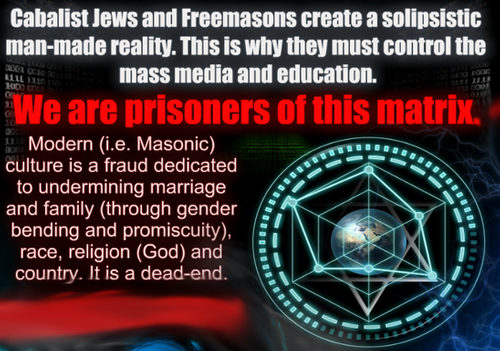 Society is totally subverted. Government, education, entertainment and the news media are in the hands of the central banking cartel. The private sector sings from the same song book on subjects like “diversity”. The same applies to think tanks, foundations, NGO’s, professional associations and major charities. Intelligence agencies serve the central bankers.

As a result, society is helpless to address its real problem: the concentration of power in the hands of Cabala-believing bankers. There is no shortage of Rothschild lackeys.

What is the remedy? Nationalize the central banks, repudiate debts created from nothing, break up cartels, especially Hollywood and the media, and institute strict public campaign financing. In addition, we need a spiritual revival, a return to true religion, or at least an affirmation of God and a moral order.

What is it? Moon certainly not, UFO? Planet X? Nibiru?