What is it? Moon certainly not, UFO? Planet X? Nibiru? 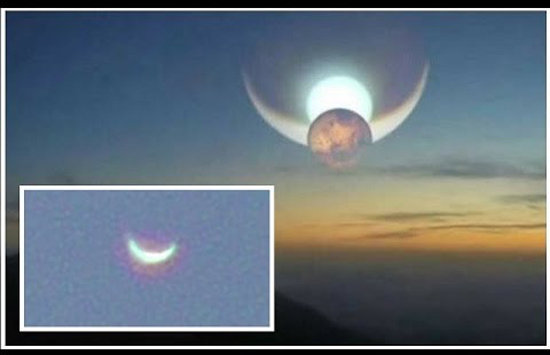 Something very strange is going on in recent years in the atmosphere on the planet, whether it comes to aliens, changes in the Earth’s core, chemtrails, HAARP etc.

On March 14, 2017, what appears to be a glowing Moon crescent appeared on the sky. However, the celestial body was at a full moon phase starting on the 12th of March 2017, so that crescent could not have been the Moon.

People all around the world took photos of this strange phenomena. Why did it appear and what is the meaning of it? What is going on? Can it affect the human evolution? Watch the video and judge for yourself.