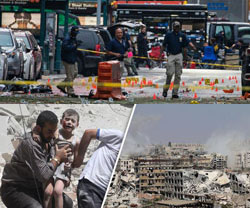 Let’s take a look at two distinct stories that were going on in the news in September 2016. Oh, sorry, actually one story was being presented by the corporate-controlled media and the other wasn’t at all and that’s why we call it “the story of two stories”.

These two stories could not be handled any more differently by the media. These stories thus quietly offer a window into the backstage of the ruling elite’s plan for information control and mind manipulation of the masses. Understanding the contrast between these two stories, what they mean and how these stories were being covered allows us to unravel the sorcery and deception behind the vehicle delivering this trickery which today we call mainstream media.

Let’s take a look at story number one, the New York City obviously staged “terror” bombing where the exact same boring script (only sloppier than ever) has been rolled out on the American psyche. It went like this: Boom! Explosion out of nowhere took place, it coincided with other news the controllers didn’t wanted you to know about (like the illegal preemptive US air strike on the sovereign nation of Syria just to defend their ISIS proxy army).

The New York City staged bombing “story” where amazingly no one was killed and zero actual organic witnesses where initially interviewed was then pushed on the American psyche in the usual systematic matter outlined in stages for your convenience:

1. We don’t know who did it.
2. Aha! We’ve selected the patsy and his name is Ahmad Rahami.
3. The manhunt and chase for chosen patsy.
4. Shoot and injure or kill patsy so he can’t speak.
5. Pack the mainstream media with so-called add-on stories and new discoveries about the patsy’s “intention” to sensationalize the event. This is usually done with a manifesto or “new intelligence” information. 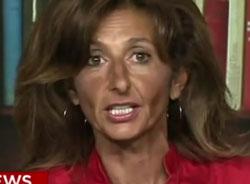 This was what they were doing. Who better to call to fill in the blank in this psyop narrative, than the ever-dangerous, despicable, and USA-CIA terrorism number one fabricated intelligence all-star agency, the Search for International Terrorist Entities (SITE) Institute and terrorism script screenwriter Rita Katz.

Katz and her laughable SITE Institute were confirming that the patsy’s family were dangerous terrorists on the loose. Pay attention truth-seeking friends as this may prove important in case they will want to stage another Boston bombing-style “lockdown” to “find” these dangerous “extremist” family members or the supposed remaining possible “suspects” still “on the loose”.

There were also new concerns that other members of the bombing suspect’s family “may have had pro-jihadist views”, CBS News correspondent Jeff Pegues was reporting.
SITE Intelligence Group published Facebook posts allegedly shared by Rahami’s sister Aziza. Some quoted radical cleric Anwar al-Awlaki. In other posts, she appears to praise terrorists, and use imagery popular with the Muslim Brotherhood.

The almost laughable (for anyone fully awakened to the information war we are squarely in the middle of) post-event SITE Institute delivered propaganda went on.

“It seems like the family may have adopted some of the same viewpoints as he did, but again, it’s too early to say if they were directly involved with the attack itself”, said Tara Maller, a senior policy advisor at the Counter Extremism Project.

Rahami’s friends and family have told investigators he changed after a year-long trip to Afghanistan in 2014. They said he became more religious and started distancing himself. In an interview with the New York Times, Rahami’s father said he warned federal agents in 2014 about some of his son’s suspicious activities.
“The way he speaks, his videos, when I see these things that he listens to, for example, Al Qaeda, Taliban, he watches their videos, their poetry”, he said.

They went on to claim that Rahami is on life support and that they were looking for his bomb factory. This was like “ready or not, here we come”. You can be sure they will “find” his “bomb factory” as soon as the factory is ready for the cameras! 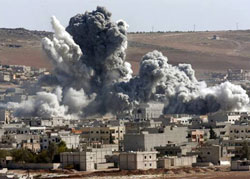 In the second, an entirely contrasting story that illustrates the diabolical magical power of the CIA-controlled mainstream media, World War Three was upon us; and unlike the SITE Institute – mainstream media psyop New York City bombing story, this story nobody was supposed to know about.
The sorcerers controlling the minds of the masses were sure they didn’t want the masses to know about this and their sorcery worked perfect so far.

Why didn’t they want the masses in America to know about this? Because in the autumn of 2016 the U.S. pro-ISIS forces clearly deliberately bombed the Syrian forces in Deir ez-Zor much to the delight of their ISIS army, murdering many members of the Syrian army. Listen to the soldiers tell their story.

“We (Syrian soldiers) first thought the US aircrafts were supporting us after the first two shoots, but we quickly found out that they were targeting our forces aggressively, while we were fighting IS terrorists. The aircrafts used cluster bombs against us.”
“A day before the airstrikes, the (US) drones were flying and scanning all the area.”
“The US air-strikes destroyed all our equipment and defense points.”
“IS fighters attacked us during the US strikes and immediately after. Some of them were laughing.”
“US drones and helicopters opened fire from machine guns on our retreated forces.”
“It for sure wasn’t a mistake, they targeted us intentionally to help IS.”

So while the US-ISIS coalition bombed the sovereign nation of Syria and laughed it off (literally!) and calling it a “mistake” (wink-wink, get it?) the American sheep were presented with the NYC bombing and other stories as the perfect distraction.

The mainstream media sorcery didn’t end there, however, as it was being reported by numerous sources, including Global Research, that the Russians had responded to this obvious intentional attack by taking out the US-Israeli-British-Saudi-Turkish-Qatari intelligence secret (and very illegal) post that has apparently been coordinating and supporting their ISIS proxy army in the mountains of Aleppo.

The US and its allies had established a Field Operations Room in the Aleppo region integrated by intelligence personnel. Until it was targeted by a Russian missile attack on September 20, 2016, this “semi-secret” facility was operated by US, British, Israeli, Turkish, Saudi and Qatari intelligence personnel. 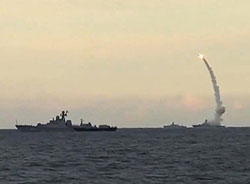 According to Fars News, this intelligence facility was attacked by Russia in the immediate wake of the US Air Strikes against Syrian forces at Dar Ezza in support of the ISIS-Daesh terrorists.
“The Russian warships stationed in Syria’s coastal waters targeted and destroyed a foreign military operations room, killing over two dozen Israeli and western intelligence officers.”
“The Russian warships fired three caliber missiles at the foreign officers’ coordination operations room in Dar Ezza region in the Western part of Aleppo near Sam’an mountain, killing more than 30 Israeli and western officers.”

The operations room was located in the Western part of Aleppo province in the middle of sky-high Sam’an mountain and old caves. The region is deep into a chain of mountains.

As opposed to the first story (the one the mainstream media wanted you to know about) this story went something like this:

1. Boom! ISIS intelligence operation blown up in the mountains of Aleppo. US, Israel, Turkey, UK, Saudi Arabia and Qatar fully exposed for helping ISIS and for lying to the world for over two years pretending they are fighting ISIS.
2. Western mainstream media silence.
3. Continued Western mainstream media and government hush.
4. Buy time. Pretend this didn’t happen until intelligence can create, draft out, approve, confirm and officially release some kind of psyop story to possibly blame everything on Russia.
5. Work hard, create an intelligence report that sets the stage for WW3 and ensures that the American public is behind it.

Without a doubt, the traitors at US intelligence were working overtime to create the proper narrative to explain away their obvious support for their ISIS proxy army and their preemptive attack on Syria to keep their global domination agenda rolling forward.

In the meantime, the idea was to keep staging other stories to keep Americans in fear. It was the perfect time to stage a massive “terror” attack to distract Americans. That’s exactly what they did in September. 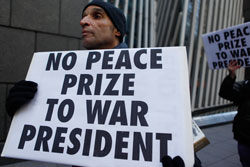 And so this is the story of two stories. If you see the contrast between these two stories and can laugh (or cry) at the obvious fakery and staged timing of these two contrasting stories then consider yourself reasonably awakened to their end game. Realize that this is the end game they don’t want you to see.

Once you understand the grand scheme you’ll realize that their timing is one of the most telltale signs of what they are doing. Remember that for the ruling elite timing is everything, and they know that if there is one thing they don’t have much of (with the US dollar on the verge of collapse and so many people around the world politically waking up), it’s time. They don’t have much time and we are aware of that. Let’s use this knowledge to our advantage.