The Third Fatima Prophecy (Undisclosed by the Vatican) (1) 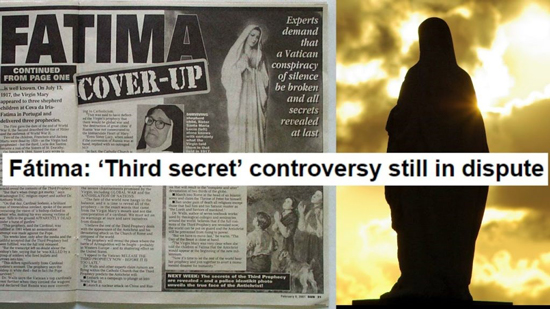 Millions of people believe that the prophecies of Fatima are coming true in this current times. Today’s chaotic situation in the churches and government offices of Christendom is close to the situation predicted one hundred years ago and the worst is yet to come.

What of God as Mother?

It is not only the Gnostic Christians who worshipped God as the Mother; religions around the world have recognized and praised not only our heavenly Father, but also God as the Divine Mother and Creator of all life, as well as the seat of creation. Indeed, it is the total lack of feminine references to God that sets apart orthodox Judaism, orthodox Christianity, and orthodox Islam from the rest of the world’s religions, whether they be Egyptian or Greek, Babylonian or early Roman, African, North American, or Indian.

In India, the feminine aspect of God has been revered in various forms by both men and women since time immemorial. An example of this type of reverence was illustrated through the life of possibly India’s greatest saint – Sri Ramakrishna. Sri Ramakrishna (1836-1886) revered and realized God in “Her” feminine form as the Mother Kali. His closeness to God was so great, especially in His feminine form Kali, that he could invoke Her to appear physically, even in front of others.

What is the Fatima Prophecy?

It is a detailed prediction of things to come as revealed by an apparition of the Beloved Mary which appeared to three young children on six occasions during the summer and fall of 1917. The appearances took place near the village of Fatima, Portugal, about seventy miles northeast of Lisbon.
Because of mounting evidence that the appearances were truly miracles, the Catholic Church in 1930 authorized a cult of Our Lady of Fatima. The site where the visions took place has become an important shrine and annual pilgrimages are made to Fatima by devout Catholics on May 12 and 13.
Virgin Mary appeared to the three children – Jacinta, Francisco and Lucy – aged 10, 9 and 7. The first appearance was on May 13, 1917; the last on October 13, 1917. This last appearance culminated in the one well-recorded miracle of the 20th century.

On that day, at about 11:30 a.m., some 70,000 people including reporters from Lisbon newspapers, were shocked when they saw, in the middle of a cloudy day, the sky rend and the sun execute a “dance” above them, as the three children conversed with the holy apparition visible only to them. (Virgin Mary appeared to the children on the 13th of each month and the public and press were on hand to witness the October 13 appearance.)

According to one Catholic dictionary which bears the imprimatur of the late Francis Cardinal Spellman, Archbishop of New York, the sun “began to spin like a wheel in the sky”. Sounds like a UFO?
On this final appearance, the children reported that they saw the apparition cause a shaft of light to open the earth and reveal an immense sea of fire – Hell. The apparition also foretold a rapid end of World War I and the occurrence, before long, of an even worse global conflagration in which “many nations will be annihilated”.

There was also a secret “third” part of the prophecies given only to the sole survivor of the three children, Lucia dos Santos, who became a Carmelite nun in Coimbra. She kept up a correspondence with Pope Pius XI (Achille Ratti) and Pope Pius XII (Eugenio Pacelli), the two anti-Bolshevik popes who guided the Roman Catholic Church in its violent opposition to Communism and Soviet designs from 1922 to 1958.

No, we are not going to bring into this issue the Catholic vs. Protestants – that is exactly what is wrong with our world, bigotry and foolish divisions in the name of one who taught you nothing of that which religions practice. We speak here of a perceived miracle and we must move beyond “whose miracles?”. It was God’s message unto His people.

Pope Paul VI (Giovanni Battista Montini) read the secret message when he assumed the supreme Catholic office in June 1963 and immediately called in both President John F. Kennedy and Soviet Premier Nikita S. Khruschev (a most interesting grouping, don’t you think?) to whom the secret message was apparently read. Some observers said that this started both nations on talks which led to the nuclear bomb agreement.

Pope Paul did not see fit to proclaim the warnings contained in the secret message, nor to acknowledge that the published versions are accurate. Some observers felt that the violent anti-Communist and anti-Soviet stands that Pius XI and Pius XII took were the result of the content of the secret prophecy.

A Secret Told Is a Secret No More: The Third Fatima Prophecy 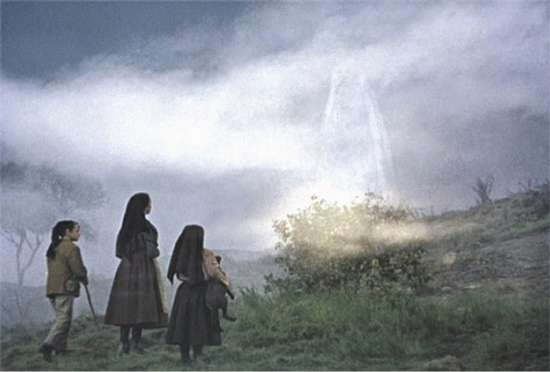 Despite the strictest secrecy, the secret “third” part of the prophecy has become available via press and is considered authentic. It was first published in a German newspaper Neues Europa on October 15, 1963 and in a French paper, Le Monde et la Vie, in September 1964. Well, perhaps the French didn’t read German and the English read neither German nor French.

Since that time the message has been republished in the United States, with minor changes in phrasing (the “men” cannot bear to leave a thing alone but must tamper), but all in substantial agreement with what is purported to be the official version. It has been given ecclesiastical approval subject to the declaration that “the final and decisive judgment on the facts belonged exclusively to the Supreme Magisterium of the Church whose decision you accept from the very moment it is pronounced by the Pope.” Of course. Well, thank God it happened or certainly it “could” not have happened – just like the Emperor’s new clothes – the naked truth is often so obvious that you must close of your eyes to insure of it.

The terrible predictions made in the “third” part of the Fatima Prophesies messages reveals the reasons why none of the popes had seen fit to make it public. Here is the secret prophecy as circulated by American Catholic groups. Surely we shall not quarrel on such good authority – at this time.

“Do not be troubled, dear child, I am the Mother of God who is speaking to you and begging you to announce the following message to the entire world in my name. On doing so you will meet with strong opposition. But be strong in faith and you will triumph over all opposition. Listen carefully and remember what I tell you. Good people must be better. They must implore God to forgive the sins they have committed and will in the future commit. You ask Me for a sign so all may comprehend the words which I am addressing to mankind through you. You have just beheld that miracle, the great miracle of the sun! Everybody saw it, believers and unbelievers. And now, in My name, it is proclaimed.

A great chastisement will come over all mankind, not today or tomorrow, but will start in the first half of the twentieth century. What I have already announced at LaSalette through the children Melanie and Maximin, I repeat to you now. Humanity has not developed as God desired. Mankind has been sacrilegious and has trampled underfoot the wondrous Blessings of God. No longer does order reign anywhere. Even in the highest places Satan reigns and directs the course of things. SATAN WILL EVEN SUCCEED IN INFILTRATING INTO THE HIGHEST POSITIONS IN THE CHURCH. Satan will succeed in sowing confusion in the minds of scientists who design weapons that can destroy great portions of mankind in short periods. Satan will gain hold of the heads of nations and will cause these destructive weapons to be mass produced.

But a time of very severe trial is also coming for the Church. Cardinals will oppose Cardinals and Bishops will oppose Bishops. Satan will enter into their very midst and will walk in their ranks. In Rome also will occur great changes. What is rotten will fall and what falls must not be retained. The Church will be obscured and all the world will be thrown into great confusion.

Great wars will start in the twentieth century. Fire and smoke will drop from heavens and the waters of the ocean will turn to steam throwing their foam to the very sky. Whatever is standing will be overturned. Millions of people will die. Those surviving will envy the dead. Distress, misery and desolation will be found the world over. The time is drawing nearer and the abyss is ever deepening and there will be no escape. The great and powerful will perish with the lowly and meek, the good will die with the wicked, the Princes of the Church with their faithful, and the rulers of nations with their people. Death will reign everywhere, raised to triumph by erring men. THE HELPERS OF SATAN WILL BE THE MASTERS OF THE EARTH. These evils will come at a time when no one expects it, nevertheless it must come as punishment and revenge in accordance with God’s Plan. Later, however, God and His Glory will once more be invoked and will once more be served as He was not so long ago, when the word had not yet been corrupted.

The time of times is coming, the end of all ends, if mankind is not converted. Woe, woe if that conversion does not come about, and if everything remains as it is now or worsens. I call upon all true followers of My Son the Christ to go and announce this: for I will always be at your side to assist you.”