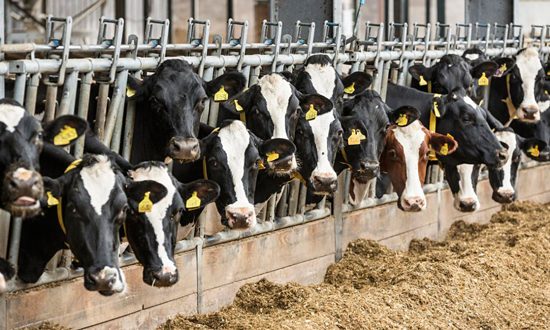 The biggest cause of animal cruelty worldwide is intensive factory farming. This system also has an adverse effect on human health, the environment and our wildlife.
If you see a TV advert selling meat products you would assume all animals have charmed lives, living in fields in the sunshine surrounded by grass and space. Packaging continues to promote this myth by showing pictures of animal’s looking happy and healthy living on a farm basking in the sunshine.
Nothing could be further from the truth. Free range and organic animals may live this way, but they are few and far between.

The majority of meat, poultry and fish people eat today are being raised on a factory farm.
This type of farming is used on cows, pigs, chickens, rabbits, ducks and fish. Every year around 2 out of every 3 farmed animals exist in a factory farm.
A factory farm is generally a huge shed full of animals with no room to move or walk around.
The animals are injected with steroids so they can grow twice as fast as they normally would.
The animals are also full of antibiotics, as conditions are so unhygienic that diseases spread rapidly. So rather than improve their living conditions, they are injected regularly with antibiotics.

This is billions of animals suffering every single day for most of their lives. 4 billion laying hens, 1 billion rabbits, 40 billion meat chickens, 150 million ducks a year live this way.
700 million pigs are reared worldwide each year in intensive factory farm systems.
23 million dairy cows are in zero-grazing sheds, with little or no access to pasture throughout their entire adult lives. Selectively bred to produce five times more milk than is normal, these intensively farmed dairy cows are treated as milk making machines. But they are not machines, they are sentient beings.

They cannot wander around a field and munch on grass; their everyday lives are a living hell. They have no access to fresh air, sunlight, exercise or proper food.
A lot of the animals have so little room their legs do not work anymore. If they did have room to stand up, their legs have become too weak to support them. Some chickens grow larger on one side of their body as they can only move around in circles.
Animals are sentient beings, they should be outside in the fresh air, and they should be given nourishing food.

All we need to do to stop these atrocities is to stop eating any meat or other product that has been produced this way.
Boycott all factory farmed meat, poultry or eggs, milk, cheese or butter. Cut meat out of your diet, so that so much does not have to be produced, eat more vegetables which are healthier for us anyway.

Fish are also farmed intensively. Most are grown in huge floating nets; some are grown in concrete tanks on land.
Infectious diseases are rife amongst the overcrowded fish farms.
Waste from the floating nets sinks to the bottom of the sea floor, reducing oxygen levels, causing huge risk to the surrounding ecosystems.
Pesticides and antibiotics are added to their food to try and prevent diseases spreading.
15-20 million farmed salmon are produced each year, 26.7% of these die of disease.
Ultimately pathogens and parasites do spread to healthy wild fish populations, as a lot of the fish escape and breed with the wild fish spreading diseases amongst them.
The fish are also killed in a cruel manner, sea bass and sea bream are dumped into large buckets of ice slurry fighting for their lives, and while still struggling to breath many are being packaged. Trout are left to flail in bloody water after having their throats cut.

Did you know that over 56 billion farmed animals and, overall, more than 150 billion animals are slaughtered every year by humans?
Do we really need this much meat and fish, that we are prepared to eat animals and fish that have been treated so inhumanely? Is meat and fish so important we don’t care how we get it, as long as it is cheap and affordable?
If people knew where their meat and fish is coming from and how much the animals had suffered before being slaughtered, they would think twice before eating it.

The concern for the animals and fish is not the only concern, people ultimately eat the meat and fish, so they are eating meat and fish that is full of antibiotics, pesticides and steroids, adversely affecting their own health.

Finally, we should also consider the spiritual implications of eating factory farmed animals. When we ingest their flesh, we also take in the negative energy released during the slaughtering. They have endured miserable lives and miserable deaths.
Luckily, you can make a HUGE difference. Here is the challenge for you: Join thousands of participants for a 22-day vegan experience. You’ll receive fabulous recipes and personal guidance from mentors and clinical dietitians.

The Third Fatima Prophecy (Undisclosed by the Vatican) (1)