The US Government Has Experimented With Controlling Hurricanes (1)

The 2017 hurricane season has wrought more damage on the Caribbean and the Gulf Coast of the United States than any season in the last decade. Tropical Storm Harvey smashed into the Gulf, temporarily swallowing Houston and other low lying areas. 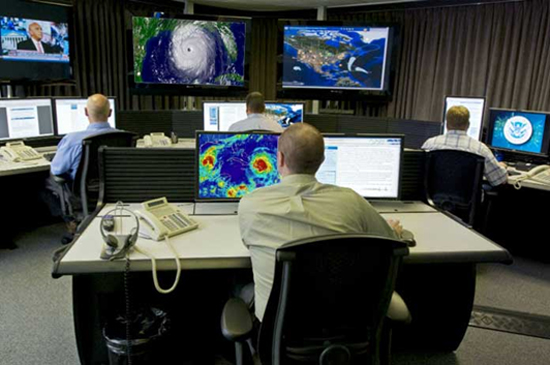 Meanwhile, Hurricane Irma caused millions of dollars in damage to Florida, Puerto Rico, and other Caribbean islands, leaving millions without power and water.

Along with the gusts of wind, property damage, and loss of life, this hurricane season also sparked a wide range of conspiracy theories regarding the possibility that the U.S. government or some other government could be manipulating the weather to strengthen hurricanes.

These theories range from the idea that planes were spraying before and during the storms in order to help them grow and/or direct them at specific targets to others who believe the High Frequency Active Auroral Research Program (HAARP), or a similar device, was used to heat up the ionosphere and “charge” the storms to cause more destruction.

There are dozens of YouTube channels where individuals focus specifically on weather manipulation and modification. They claim to have the expertise to study radar images and determine whether artificial elements were added to developing hurricanes.

The theories surrounding possible hurricane manipulation have grown to the point that the “mainstream” media has been forced to respond. In early September 2017, Space.com released an article titled “No, We Can’t Control Hurricanes from Space,” which attempted to debunk these theories. “The short answer is that we can’t control weather at any scale, and hurricanes are no exception,” Space.com wrote.

Nevertheless, if we go back to 2015, we find an article from Popular Mechanics matter-of-factly stating, “We Could Reduce the Number of Hurricanes By Injecting Particles Into the Atmosphere.” The article discusses research published in the journal Proceedings of the National Academy of Sciences that concluded sulfates could be spread into the Earth’s stratosphere to “dampen” hurricanes over the next 50 years. The scientists do not claim to be able to “steer” or direct hurricanes, but they do say they have the power to slow them down by 50 percent.

A (Brief) History of Weather Modification

Despite these modest statements, the history of weather modification and the desire to manipulate hurricanes has a history stretching back at least 100 years to people often known as “rainmakers.”

The rainmakers were men who studied “pluviculture,” or the act of attempting to artificially create rain, usually to fight drought. Most of these men were seen as scammers, traveling salesman pitching fantasy ideas to the gullible about creating rain. However, one of the most successful rainmakers was Charles Hatfield. Born in 1875, Hatfield migrated to Southern California and studied pluviculture, eventually creating a secret mixture of 23 chemicals he said could induce rain. Using his secret mixture, Hatfield successfully created storms several times and began to find work creating rain.

In 1915, Hatfield began working for the San Diego city council to produce enough rain to fill the Morena Dam reservoir. Hatfield was told he would receive $10,000 once the reservoir was filled. In early January 1915, rain began pouring down over the dam, growing heavier with each day that passed. On January 20, the dam broke, causing mass flooding that led to an estimated 20 deaths.

Hatfield told the press he was not to blame, stating the city should have taken precautions. The city refused to pay Hatfield unless he also accepted liability for the damage and deaths. After legal battles ensued, Hatfield was absolved of any wrongdoing when the storm was officially ruled an act of God. However, due to the ruling, Hatfield’s work was seen as a failure, and he was (mostly) relegated to forgotten pages of history.

Beginning in 1947, General Electric, the U.S. Army Corps, the U.S. Air Force, and the Office of Naval Research began attempting to modify hurricanes. The main scientist behind the research was a Nobel Peace Prize-winning chemist named Irving Langmuir. While working as a chemist with GE, Langmuir began to hypothesize about manipulating hurricanes.

In October 1947, the researchers decided to seed a hurricane with ice pellets. The hurricane had been drifting to the northeast into the Atlantic Ocean, but after being seeded, the hurricane grew stronger and crashed into Savannah, Georgia.

There was a public backlash and threats of lawsuits against Langmuir and the research team. Despite Langmuir claiming responsibility for affecting the storm, researchers concluded his work did not cause the change in direction. The lawsuits were dropped, but Langmuir continued to work on weather modification.

It’s not hard to imagine the U.S. military and General Electric wanting to distance themselves from the destruction by calling their own project a failure. Interestingly, Wikipedia references a 1965 article from the Sun-Sentinel titled “Betsy’s Turnaround Stirs Big Question.” (Betsy was another hurricane reported to have been modified.)

The article, written more than a decade later, apparently reports that a hurricane in 1947 “went whacky” and that “twelve years later it was admitted the storm had in fact been seeded.” Unfortunately, there is not a digital copy of the article available to verify the claims on Wikipedia.

Most reports on Project Cirrus claim the 1947 hurricane was the only attempt, but a look at records maintained by General Electric indicate there were several more tests on hurricanes. The records list Albuquerque, New Mexico; Mt. Washington, New Hampshire; Burbank, California; and several locations in New York as test sites for cloud seeding with silver iodide. 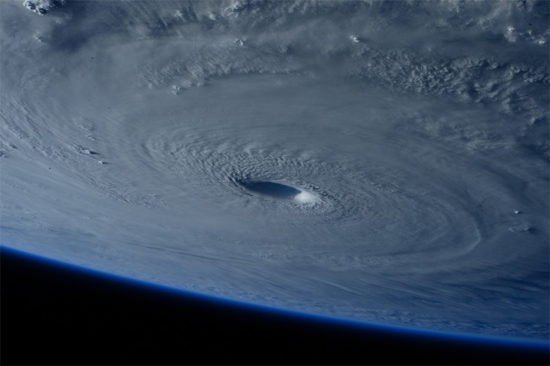 Another section lists cloud seeding attempts in Honduras by Langmuir. The report stated:

“In 1948 and 1949, Langmuir visited Honduras, Guatemala, and Costa Rica to study tropical cloud formations, and particularly to learn what was being done by Joe Silverthorne, a commercial cloud seeder, in seeding clouds for the United Fruit Company. The work was being conducted for the purpose of testing out the possibility of controlling rainfall, and particularly in the hope of stopping blow-downs that result from winds associated with thunderstorms, which occasionally destroy large stands of fruit trees.”

The GE report is well worth your time and attention. It details the contracts between the U.S. military and GE, as well as other historical details regarding GE’s attempts to modify weather.

From 1961 to 1971, researchers sprayed silver iodide into hurricanes, believing the supercooled water might disrupt the structure of the storm. Officially, the project has been ruled a failure, but it was not the only attempt to manipulate weather in this time period.

One example of seeding a hurricane that may have actually been successful was Hurricane Betsy in 1965. As the Sun-Sentinel reported in 1965:

“Hurricane Betsy was building strength; it looked like it was aiming for South Carolina, posing no threat to South Florida. But on Saturday, Sept. 4, the storm whirled to a stop, about 350 miles east of Jacksonville. When Betsy started moving again on Sunday, she had changed directions. The storm plowed through the Bahamas Monday night, then mauled South Florida a day later.”

Officially, the U.S. government says Hurricane Betsy was designated to be seeded but that apparently, that decision was changed at the last moment. The National Oceanic and Atmospheric Administration recalled the event on the 50th anniversary:

“Dr. Joanne Simpson, Project Director, had ordered the fleet of Navy and Weather Bureau research aircraft to deploy to Puerto Rico on August 28th. Over the next two days, the planes monitored the storm’s slow progress toward the designated part of the ocean where they could carry out their weather modification experiments.

By August 31st, Betsy had just managed to crawl into the area as a hurricane, so a seeding experiment was scheduled for the next day. The first aircraft had already taken off from Roosevelt Roads Naval Air Station, PR the morning of September 1st when word came from the National Hurricane Center that overnight Betsy had completed a loop in its track and was now headed southward and out of the allowed seeding area.

The seeding experiments were called off and the mission changed to a ‘dry run’, where the same patterns were flown but no silver iodide was released into the storm. Unfortunately, no one informed the press which had been alerted to STORMFURY’s seeding intentions the previous day.”

The press and the public blamed the researchers for the 138 mph winds and destruction from Betsy. Congress was skeptical of further programs until the researchers were able to smooth things over. “I was totally unaware of the level of emotion and hostility that was directed against anything that had to do with cloud seeding,” Joanne Simpson, one time head of Project Stormfury, told NASA. Simpson would go on to work on a cloud-seeding project called FACE (the Florida Area Cumulus Experiment).

With Hurricane Betsy and the 1947 hurricane, we have two situations where cloud-seeding was reportedly happening, and we have two disastrous outcomes. In both situations, the scientists claimed no responsibility, and no one was held accountable.

Again, is it that hard to imagine a government official (or a scientist under government contract) lying about the nature of the work? Especially if that work resulted in millions of dollars in property damage and deaths?

The NOAA even acknowledges that “since no one at Project Stormfury nor in the Weather Bureau had advised the public or the press that the actual seeding of the storm had been scrubbed, many people believed it had been carried out and the link to its odd path seemed plausible. Although attempts to clarify the facts about Stormfury and Betsy were made after the fact, the notion of a link persists to the present.”