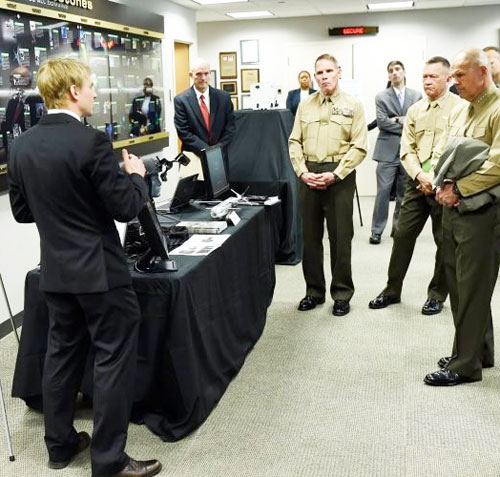 Today’s Navy scientists place less emphasis on trying to understand the phenomena theoretically and more on using technology to examine the mysterious process, which Navy scientists assure the public is not based on superstition. “If the researchers understand the process, there may be ways to accelerate it – and possibly spread the powers of intuition throughout military units,” says Dr. Squire.

The Pentagon’s focus is to maximize the power of the sixth sense for operational use. “If we can characterize this intuitive decision-making process and model it, then the hope is to accelerate the acquisition of these skills,” says Lieutenant Commander Brent Olde of ONR’s Warfighter Performance Department for Human and Bioengineered Systems. “Are there ways to improve premonition through training?” he asks.

These types of phenomena are referred to as parapsychology (psi), often dubbed as pseudoscience within the mainstream. Not many people are aware of the fact that a number of publications have been published for decades showing statistically significant results. In 1999, a statistics professor at UC Irvine published a paper showing that parapsychological experiments have produced much stronger results than those showing a daily dose of aspirin helps prevent a heart attack. She also showed that these results are much stronger than the research behind various drugs like antiplatelets, for example.

This is obviously serious legitimate stuff, especially if it’s being researched within the highest levels government, the Department of Defense. This specific research program came from reports within the field, where soldiers have used intuition for various operations. “These reports from the field often detailed a ‘sixth sense’ or a ‘Spidey’ sense that alerted them to an impending attack…or that allowed them to respond to a novel situation without consciously analyzing the situation.” Commander Joseph Cohn, a program manager at the naval office, told the New York Times.

Even in the Times article, they admit that “If it saved lives, it was real,” and that “Since 1972, CIA and DoD research indications that premonition, precognition, appears to be weak in some, strong in others, and extraordinary in a rare few.”
This is true, and yes, research into these types of phenomena have been ongoing for a long time. This became most evident this year, as well as in 1995 when the US government released Project Stargate files. The files also show that these initiatives are international in scope.

Below is a brief outline of the document:
– In 1979, a major Chinese science journal, Ziran Zachi (Nature Journal), carried a report on “non-visual pattern recognition” in which numerous accounts of exceptional human body function were confirmed. As a result, an unofficial preliminary organization to study this type of thing under the watch of Nature Journal.
– In 1980, the Journal and the Chinese Human Body Science Association held a parapsychology (remote viewing, telepathy, psychokinesis, clairvoyance and more) conference in Shanghai with participants from over 20 research institutes and universities.
– In 1981, over 100 centres to study children with purported exceptional abilities and mental capabilities were formed with the cooperation of more than 100 formally trained scholars.
– In 1982, the Chinese Academy of Sciences sponsored a public hearing in Beijing that more than 4000 scholars attended regarding cases of parapsychological abilities within humans. They called for “fair but strictly controlled” tests to lead to a final judgement. After this happened, two Chinese scientists, Chen Hsin and Mei Lei, gave a speech on it at the joint convention of the Parapsychological Association and the Society for Psychical Research held at Cambridge University. Shortly after that in 1983, “a series of PK experiments with the subject Zhang Baosheng were conducted by 19 researchers led by Prof. Lin Shuhang of the physics department of Beijing Teachers college”. After this became known, as written in the document “in 1984, Zhang Baosheng became a full-time subject of the military-run psi research team.”

The document outlines how many of these scholars agreed that the scientific evidence for the paranormal was not sufficient enough to make any conclusions. The next point is arguably the most important one disclosed in the document.
One of Zhang’s accomplishments involved moving sealed objects in and out of sealed containers. Is this really that far fetched? After all, at the quantum scale, teleportation has already occurred.
The list goes on and on, and it’s quite large.

If You Want To Learn More About This Type of Thing, Listen To Russell Targ 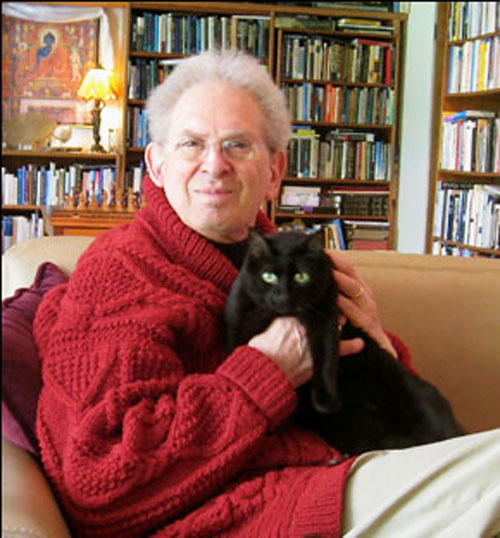 Russell Targ is a physicist and author, a pioneer in the development of the laser and laser applications, and a co-founder of the Stanford Research Institute (SRI) investigation of psychic abilities in the 1970s and 1980s. SRI is a research and development think tank in Menlo Park, California. Called “remote viewing” his work in the psychic area has been published in Nature, The Proceedings of the Institute of Electronic and Electrical Engineers (IEEE), and the Proceedings of the American Association the Advancement of Science (AAAS).

The paper published in IEEE before the program went classified was titled A Perceptual Channel For Information Transfer Over Kilometer Distances: Historical Perspectives and Recent Research. It presented scientific evidence for the existence of a perceptual capacity channel whereby certain individuals are able to perceive and describe remote data not perceivable to any known sense.
He is author or co-author of nine books dealing with the scientific investigation of psychic abilities and Buddhist approaches to the transformation of consciousness.

TED even banned a talk by the co-founder of a 23-year government research program investigating parapsychology at Stanford Research Institute for the CIA, Defense Intelligence Agency, Air Force and Army Intelligence, NASA, and others.
“In this $25 million program we used remote viewing to find a downed Russian bomber in North Africa, for which President Carter commended us. We found a kidnapped US general in Italy, and the kidnap car that snatched Patricia Hearst. We looked in on the US hostages in Iran, and predicted the imminent release, who was soon sent to Germany. We described a Russian weapons factory in Siberia, leading to a US congressional investigation about weakness in US security, etc. Our scientific findings were published in Nature, The Proc, IEEE, Proc. AAAS, and Proc. American Institute of Physics. I thought a TED audience would find this recently declassified material interesting. And no physics would be harmed in my presentation.” – cancelled TEDx talk.