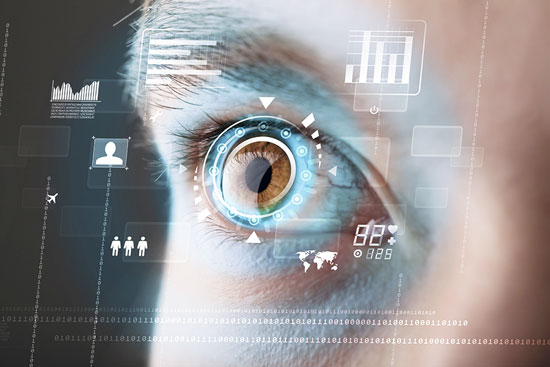 In some areas of the world, payment systems that require palm scanning or face scanning are already being tested. We have entered an era where biometric security is being hailed as the “solution” to the antiquated security methods of the past. We are being promised that the constant problems that hackers are causing with our credit cards, bank accounts, ATM machines and Internet passwords will all go away once we switch over to biometric identification. And without a doubt, we have some massive security problems that need to be addressed.

Biometric security systems are being promoted as “cool” and “cutting edge”, but there is also potentially a very dark side to them that should not be ignored. In this day and age, identity theft has become a giant problem. Being able to confirm that you are who you say that you are is a very big deal. To many, biometric security presents a very attractive solution to this problem. For example, the following is a brief excerpt from a recent Fox News article entitled Biometric security can’t come soon enough for some people.

“In a world where nearly every ATM now uses an operating system without any technical support, where a bug can force every user of the Internet to change the password to every account they’ve ever owned overnight, where cyber-attacks and identity theft grow more menacing every day, the ability to use your voice, your finger, your face or some combination of the three to log into your e-mail, your social media feed or your checking account allows you to ensure it’s very difficult for someone else to pretend they’re you.”

Almost everyone would like to make their identities more secure. Nobody actually wants their bank accounts compromised or their Internet passwords stolen. But there is a price to be paid for adopting biometric identification. Your face or your hand will be used to continually monitor and track everything that you do and everywhere that you go.

Here is some more from that Fox News article.
“We made Ryan King the most verified man in Brooklyn. ‘Verified’, a fingerprint-recognition device chirped back at Ryan after he placed his finger on the reader. ‘Verified’, a facial-recognition device said to Ryan after scanning his face.
Ryan works at the American headquarters for FingerTec, a Malaysian company replacing PINs, usernames, and typed passwords with fingers and faces we don’t need to memorize.
‘You can’t copy someone’s fingerprint unless you chop it off,’ Ryan said, ‘which wouldn’t work because it has to be attached to a hand’.”

For now, biometric security is not being forced on people. If you want to avoid it, you can. But eventually, once it has been adopted on a widespread basis, banks and government agencies will start requiring it. And it is easy to imagine a day when none of us will any longer be able to buy or sell anything without submitting to biometric identification. In fact, an “alternative payment method” involving hand scanning is already being tested in southern Sweden.

Hand scanning has become an alternative payment method for people in a city in southern Sweden, researchers at Lund University said. Vein scanning terminals have been installed in 15 shops and restaurants in Lund, thanks to an engineering student who came up with the idea two years ago while waiting in line to pay. Some 1,600 people have signed up already for the system, which its creator says is not only faster, but also safer than traditional payment methods.

“Every individual’s vein pattern is completely unique, so there really is no way of committing fraud with this system,” researcher Fredrik Leifland said in a statement. “You always need your hand scanned for a payment to go through.”

But before biometric identification is widely used for payment systems, we will probably see it implemented in a whole bunch of other ways first. For instance, biometric scanners are already being used in dining halls on college campuses all across America.

Hand geometry readers have been fairly common on campus for years but more recent deployments are leveraging fingerprint and even iris biometrics to link students with transactions. 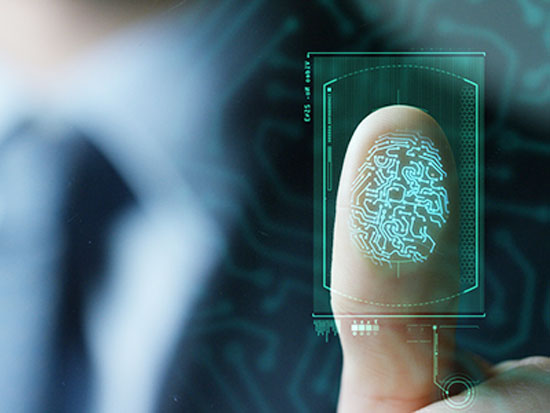 Physical access is the hallmark biometric application but the technology has been gaining popularity in food service and other sectors to expedite transactions. The social stigma attached to biometrics is also being lifted, as students are becoming more comfortable with the technology, says Brian Adoff, executive vice president at NuVision. The inclusion of a fingerprint scanner on the latest iPhone is just one indication that the younger generation is comfortable with biometrics.

“Administrators have a greater fear of the technology than students,” says Bob Lemley, director of software development at the CBORD Group. “Students are growing up with the technology so they don’t think about it as much as the older generations.”

Georgia Southern University can attest to that fact. The school deployed iris biometrics at its dining hall and only two students out of 5,400 refused to enroll, says Richard Wynn, director of the university’s Eagle Card Program. Young people tend to be less alarmed by this technology, and so that is where it is being pushed. If you can believe it, biometric scanners are even going to be used at Six Flags amusement park.

A new scanning system at Six Flags sounds like it’s from the future, but the biometric scanner aims to make faster entrances for season pass holders. When guests arrive at the front gate for the first time of the season, they will present their voucher and a scanner processes an image of their fingerprint, assigning a unique set of numbers that are used to validate the pass holder’s card each visit. The first visit should take only about 20 seconds to set up the card, as opposed to the additional time of taking a photo and getting it printed on the card, according to spokeswoman Elizabeth Gotway.

This reminds of the new “MagicBands” at Disney parks. Disney seems to think that parents and kids will have no problems wearing RFID tracking devices that allow them to buy stuff and monitor wherever they go.

Our world is becoming stranger with each passing day. Incredibly, biometric identification is even being used in Africa to keep track of who is being vaccinated. In fact, some biometric solutions are helping solve vaccine delivery issues in Africa which has been hampered by ineffective tracking and reporting. “Today, a biometric vaccination registry helps to ensure that millions of young children receive the vaccine that is needed to save their lives. And by knowing who has been vaccinated, these precious life-saving drugs are not wasted by over-vaccinating some and missing others entirely” the authorities say.

This technology is going to keep spreading, and it is going to become harder and harder to avoid it. And it is easy to imagine what a tyrannical government could do with this kind of technology. If it wanted to, it could use it to literally track the movements and behavior of everyone. We are already starting to see the establishment of massive biometric databases. One of these is the FBI’s facial recognition database that is a part of their Next Generation Identification program.

It was projected that the FBI compiled 52 million of “face images” by the year 2015. Given enough time, eventually they would have all of American faces in their computers. And one day, this kind of technology will likely be so pervasive that you won’t be able to open a bank account, get a credit card or even buy anything without having either your hand or your face scanned first. When that day arrives, what will you do? That is something to think about.