History has been suppressed in the biggest, long-term cover-up ever and the Vatican knows all the secrets.

The Vatican is constantly monitoring the sky with the L.U.C.I.F.E.R. telescope, whilst secretly preparing for the arrival of their alien Masters. 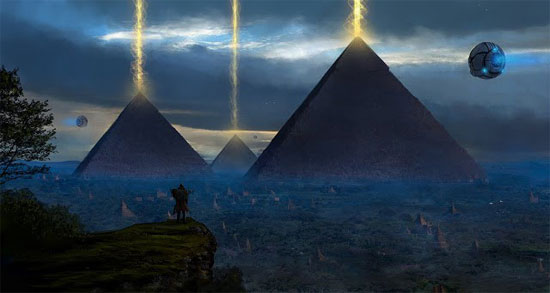 They seem to be intentionally creating something that is going to position the Roman Catholic Church at the forefront of an official E.T. disclosure.

History has been literally rewritten and the archaeological establishment, as well as the educational establishment, would like us to believe that thousands of years ago mankind was Neanderthalic, and that we were in the infancy of our species, and we were banging stones together, and barely able to build a mud hut, let alone the amazing megalithic structures that are present all over the Earth, standing in testimony – testifying in themselves – of a superior race, society, a superior past that has been completely ignored.

Those who control the past control the future and no organization on Earth has a tighter grip on the official history than the Roman Catholic Church.

Timothy Alberino, director and host of the new documentary True Legends: The UnHoly See, discusses evidence that the Vatican is behind a vast cover-up of pre-Flood history.

They’ve connected the dots and now present evidence of Vatican’s long plot to cover up the history of the pre-flood world and, at the same time, prepare humanity for the arrival of their space Masters, which will bring in a different gospel.

Putin’s New Promise: ‘I Will Defeat The Illuminati’