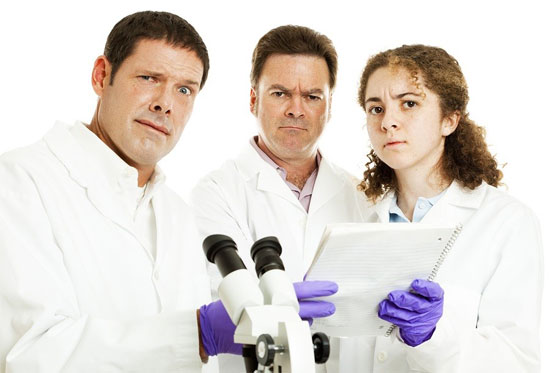 The foundation of scientific research on human health is the clinical study, and the strength and reliability of conclusions reached is a direct reflection of the study methods used in that research. If the trial design is sound and the research methods followed with integrity, the results will be robust. If not, the results are going to remain open to question and interpretation.

One of the most widely repeated phrases bandied about by those who maintain that vaccines very rarely, if ever, cause injury and death is, “the science on vaccines is settled”. Aside from how absurd it is to insist that any science is ever completely settled, such a statement presupposes that vaccine safety and efficacy studies have been rigorous and exhaustive and that their conclusions, therefore, are reliable and authoritative. It would be great if that were the case.

Many consumer safety groups opposed the 21st Century Cares Act, which was pushed through US Congress in December 2016. The law allows far laxer licensing standards than had previously been required for approval of a new drug, medical device or biological product, including vaccines. The bill was originally proposed to allow seriously ill patients to voluntarily accept treatment with new and minimally tested drugs and medical devices by accepting the risks in exchange for hope of a cure.

Under the law’s new guidelines, producers of experimental drugs, medical devices, and biological products, such as vaccines, are no longer required to provide evidence from large clinical trials to demonstrate safety and effectiveness but can base their conclusions on statistical analyses and observational clinical experience.

With fewer rules in place to justify approval of new vaccines, it is important to understand the strengths and weaknesses of the different types of scientific studies used in medical research in order to be better equipped to evaluate the evidence.

Medical research can be broadly delineated as either primary research (original studies) or secondary research (reviews and analyses of existing studies), with innumerable sub-categories. Within that overarching definition, there are three basic categories of research: experimental, clinical, and epidemiologic. They can be further sub-classified into observational or interventional studies, and, from there, the sub-types are many and can be truly daunting to categorize.

For example, observational or epidemiologic studies may include any of the following:
– Case reports (individual patients);
– Case control studies (retrospective analyses comparing groups of patients who do or do not have a given condition);
– Cohort studies (analysis of groups of patients with a given condition, followed over time and compared to similar groups without that condition);
– Systematic reviews (comparison of data from previous well-controlled clinical trials);
– Meta-analyses (similar to systematic reviews, but with the data from previous clinical trials combined and analyzed as if they all came from one trial).

Different types of observational studies are variously reliable in terms of the information gleaned from them, and those mentioned here are listed essentially in order of credibility, but all are more prone to bias than controlled clinical trials. 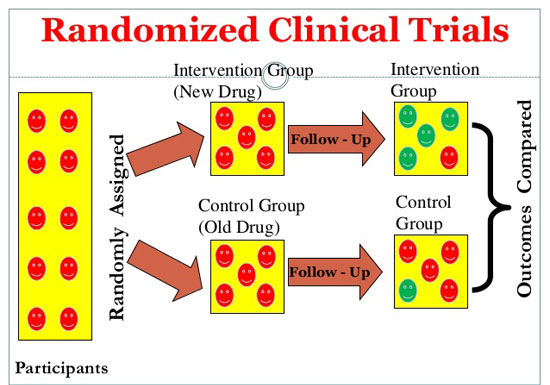 While preclinical studies are often done in the laboratory, first at the cellular level and, then, in animal studies, clinical trials involve human beings and are generally designed to answer a specific question about a disease or a medical intervention (such as use of a drug or vaccine).

Clinical trials are broken down into stages:
– Phase I trials enlist very few patients and are meant to evaluate safety, including side effects and dosage if an experimental pharmaceutical product is being tested;
– Phase II trials include a larger study population and evaluate safety and effectiveness;
– Phase III trials are larger-scale studies that typically involve large patient populations and compare an experimental new treatment or therapy approach to either the current standard of care or non-treatment. These trials are also used to monitor the occurrence of any side effects or other safety data in large numbers of participants;
– Phase IV trials are also known as “post-marketing surveillance studies” and involve the ongoing study of new products and medical therapies once they are FDA approved and used in the general population.

Randomized clinical trials, which have been used in most Phase III and some Phase II trials, are generally considered the “gold standard” of clinical research because they minimize the chance for bias. In a randomized clinical trial, the study population is broken down into two groups, with one group receiving the experimental treatment or product and the other getting either the current standard of treatment or a placebo (which is supposed to be a non-bioactive or inert substance).

In some kinds of randomized trials, either the patient or the doctor/researcher knows which treatment or product is being given, which is called a “masked” or “single-blind” trial. This design ensures some degree of objectivity for investigators analyzing the results, though with one side “un-masked” trials, there is the possibility that interpretation of results could be biased.

The purest clinical trial design is the “double-blind, placebo-controlled trial” where neither the patient or physician or researcher knows in advance which treatment the subject receives, so conclusions are based purely on observational results.

One of the main reasons for using epidemiologic, or observational, studies is when there are ethical questions about subjecting people to an experimental therapy. If, for example, study results appear lopsided, investigators may “un-blind” a study. If it turns out that one treatment or the other offers a clear advantage or disadvantage, the study may be halted and the more advantageous treatment substituted.

In the case of vaccines, the core assumption among mainstream medical and academic research circles is that vaccines are always better than no vaccines. This belief has confined vaccine research, for the most part, to non-interventional, observational study. A prospective, randomized, double-blind study examining health outcomes of fully vaccinated versus unvaccinated children is deemed impossible to conduct because:
– withholding vaccines is considered unethical;
– parents would not allow their child to take part in a study that would randomly assign their child to be vaccinated or unvaccinated without parental knowledge or consent.

However, it does not follow that vaccine questioners are “loons” for demanding unbiased clinical studies of vaccine safety and effectiveness and investigation of health outcome differences between highly vaccinated and unvaccinated children. To the contrary, there is a compelling need for a true single-blind, placebo-controlled trial to objectively compare the overall health outcomes (not the incidence of “vaccine-preventable diseases”) of vaccinated and unvaccinated populations.

Would You Believe That Cell Phones Are A Cause Of Male Infertility?