The Way You Think Physically Changes the Structure of Your Brain 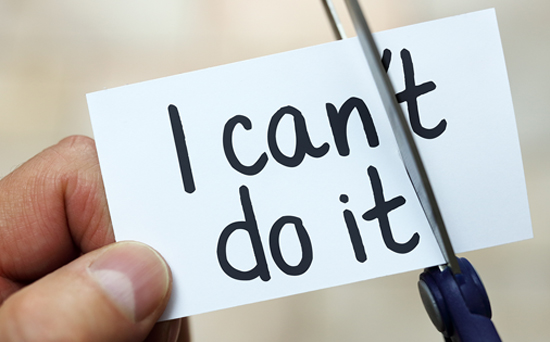 The way people think and act not only affects the way the brain operates, but also its shape, according to researchers at the University of Zurich (UZH). They found that each brain has physical properties, as unique as fingerprints, that can alter over time.
Studies have shown that thoughts alone can improve vision, fitness, and strength. The placebo effect, as observed with fake operations and sham drugs, for example, works because of the power of thought. Expectancies and learned associations have been shown to change brain chemistry and circuitry which results in real physiological and cognitive outcomes, such as less fatigue, lower immune system reaction, elevated hormone levels, and reduced anxiety.

Reasoning, spatial skills and speed of thought begin to decline around 20s to early 30s. As you age, your brain goes through changes that can slow down your thinking: It loses volume, the cortex becomes thinner, the myelin sheath surrounding the fibres of your neurons begins to degrade, and your brain receptors don’t fire as quickly.
Some brain areas, including the hippocampus, shrink in size depending on thought patterns. The myelin sheath that surrounds and protects nerve fibres wears down, which can slow the speed of communication between neurons. Some of the receptors on the surface of neurons that enable them to communicate with one another may not function as well as they once did. These changes can affect your ability to encode new information into your memory and retrieve information that’s already in storage.

“Professional musicians, golfers or chess players, for example, have particular characteristics in the regions of the brain which they use the most for their skilled activity” stated a press release issued by the University of Zurich.
Every thought you have causes neurochemical changes, some temporary and some lasting. For instance, when people consciously practice gratitude, they get a surge of rewarding neurotransmitters, like dopamine, and experience a general alerting and brightening of the mind, probably correlated with more of the neurochemical norepinephrine.

Lead researcher and neuropsychology professor Lutz Jaencke made the discovery whilst testing an earlier discovery about the way individual life circumstances affect the anatomy of the brain. Researchers tested the brains of 191 people using magnetic resonance imaging three times over a two-year period.

They found that even events of a short duration can leave their physical mark on the brain. For example, if an arm is kept still for two weeks, the thickness of the brain’s cortex in the areas responsible for controlling the immobilised arm is reduced.

“We suspected that those experiences having an effect on the brain interact with the genetic make-up so that over the course of years every person develops a completely individual brain anatomy”, said Jaencke.
“Just 30 years ago we thought that the human brain had few or no individual characteristics” he added. “With our study we were able to confirm that the structure of people’s brains is very individual.”